Ferrari back on track in Austria: I think we had a decent day 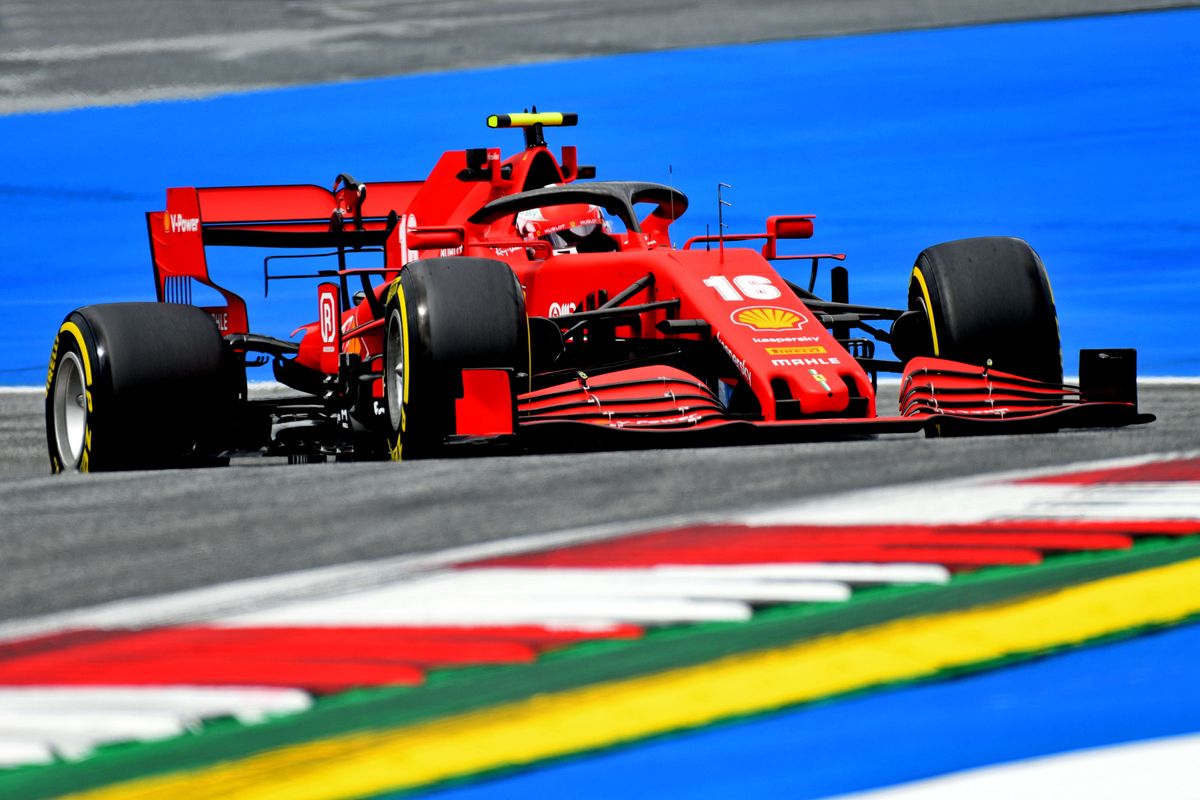 215 days on from the Abu Dhabi Grand Prix held on 1 December 2019, Formula 1 was back on track for a race weekend. Shortly after 11, the SF1000s of Sebastian Vettel and Charles Leclerc drove out of the Scuderia Ferrari garage to complete their installation laps on the Spielberg track.

The first few runs were completed on rain tyres, as a short shower fell just as the session began. The track did not stay damp for long and so the everyone soon switched to slicks. The Scuderia Ferrari drivers focussed on set up work, only using the Medium tyres. Charles first quick lap was a 1’06”554, which he improved on twice, with a 1’06”120 and then a 1’05”924, his best of the morning.

Sebastian Vettel and Charles Leclerc got through this afternoon’s second free practice session for the Austrian Grand Prix without any problems. Overall, the two SF1000s completed 92 laps, 47 for the German and 45 for the Monegasque.

First part.  In the first hour of the session, both drivers continued to work on set-up, before running the car in qualifying trim. Vettel and Leclerc started on the Hard compound, before moving onto the softs in order to go for a fast time over a single lap. At this point, Seb stopped the clocks in 1’04”961, which ended up as the fourth best time of the fay, while Charles did a 1’05”298, putting him ninth on the time sheet.

Long run.  In the final 30 minutes, the team began working in race configuration to do some long runs. Sebastian began on the Hard tyre, before finally moving onto the softer one, while Charles did the opposite, beginning a race simulation on the Softs and ending on the Hards.

“I think we had a decent day. We didn’t have any trouble with the cars. It was good for us all to be back at the track and it was good to see that the team got up to speed fairly quickly and had no problems running through all the procedures. In terms of speed and competitiveness, it was an interesting day. I think we’ve seen that we are not at the top, that we are not the favourites.
And then there is a lot of stuff going on behind that, and it’s very tight. So, we will see, I think tomorrow will be a big day. I don’t think we will be fighting for pole, but we must try to be the best of those behind that battle.
We didn’t take much notice of the teams around us to be honest, as it’s always difficult to predict what sort of fuel loads people are running. I think we will see tomorrow, because we haven’t got a clear picture today.
It’s up to us to develop and work so that the car gets faster. We’re lacking grip and downforce compared to others. So it’s a mix of all these things.”

“It’s good to be back in the car after a long pause but on the other hand it wasn’t an easy day for us so it was difficult to enjoy it fully. All the cars are very close, which is exciting to see on the one hand, but on the other hand, we would like to be fighting a bit nearer the front. The balance of the car is not that bad, we need to catch up in terms of overall performance.
The lack of pace is not down to any one thing in particular so we’ll try different ways for tomorrow and see if we can gain some performance. Qualifying will be good for the show, as there are quite a lot of teams all close together. We’ll be fighting very hard and it’s crucial we make the right choice tonight to come back with a stronger car tomorrow.”

Programme.  The first Friday on track of the 2020 Formula 1 season is therefore done and dusted. Tomorrow it will be time for qualifying, but first there will be the final free practice session at 12, before the grid decider gets underway at 15. The Austrian Grand Prix starts at 15.10 on Sunday 5th July.