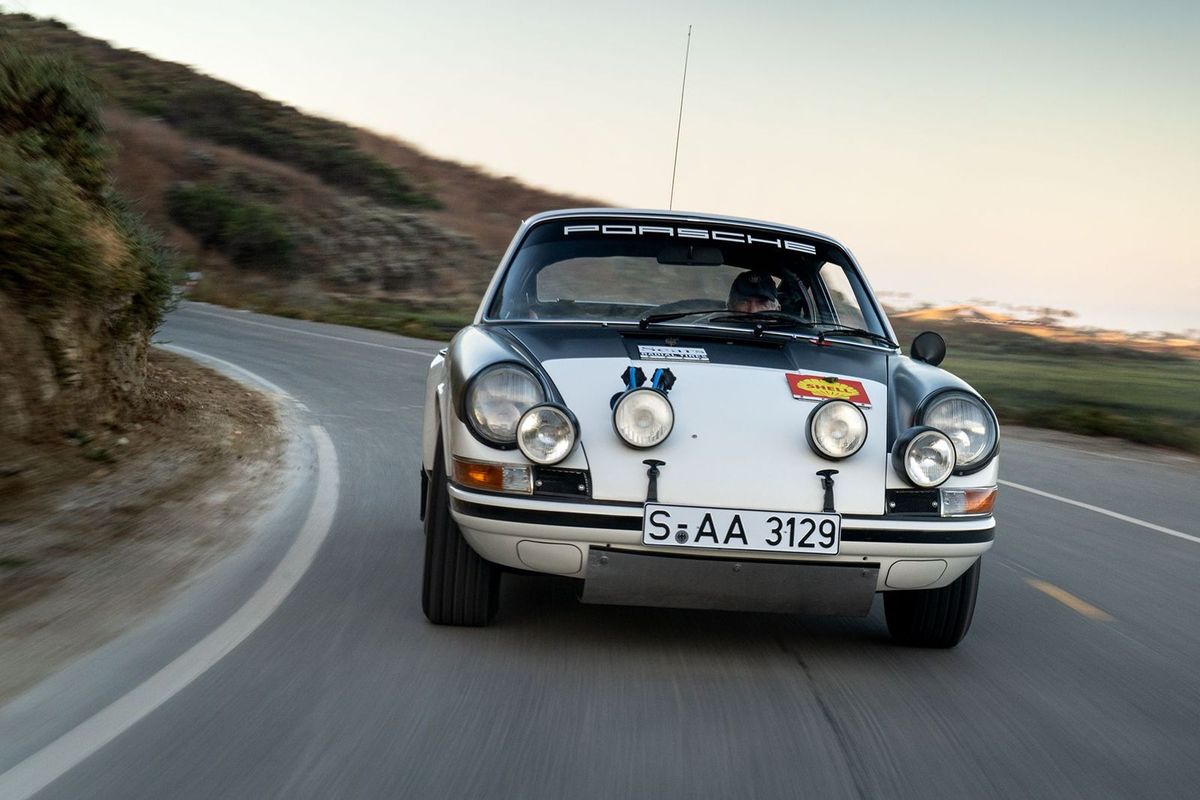 In 1970, under the direction of Dr. Ferdinand Piech, Porsche developed a competition version of its 911 called the ST. Like the original 911R of 1967, these factory-prepared 911s were lightweight, purpose-built racing machines that saw a remarkable variety of events, from endurance events like Le Mans to punishing, off-road rallies.

The 911 ST presented here is one of five rally cars constructed by the Porsche works racing team to contest the 1971 East African Safari Rally, a grueling 4,000-mile contest that traversed the toughest roads of Kenya, Tanzania, and Uganda. An important international event, the Safari Rally attracted several leading factory teams including Nissan, Ford, Lancia, and Porsche. This 911 ST, chassis 0647, is one of the two original practice cars – trainingwagen in German – used for testing by the Porsche works drivers prior to the event.

Offered from a prominent Porsche collection, this important works-prepared 911 ST Rally car has been carefully researched by a leading model authority and completely restored by noted marque specialist Gary Kempton. This car was originally finished in white and specially built to rally configuration with wide fender rear flares, a strengthened body shell, revised gear ratios, 40% locking differential, twin-plug engine, and specialized off-road equipment. Today, the car appears as it did when it left the Porsche factory in 1971 and is accurately detailed down to the proper whitewall tires and period-correct rally equipment.

The Mercedes-Benz 300 SL Gullwing is often referred to as the first modern supercar, setting a new benchmark for sports car design. Inspired by its victorious 300 SL racing cars, Mercedes-Benz produced a limited run of production Gullwings between 1954 and 1957. Their visual excitement and advanced engineering contribute to their allure, with historians and enthusiasts in agreement that Mercedes-Benz produced a car decades ahead of its time.

This matching-numbers Gullwing was built as a special order US-export model, finished in Fire Engine Red with gray leather interior and equipped with rare and desirable Rudge wheels. Incredibly, this Gullwing remains in unrestored condition and benefits from only five California owners since new, with its current caretaker acquiring it after 40-plus years in single family ownership. Thanks to his family’s prior ownership, Gooding & Company’s Specialist, Garth Hammers, provides rare insight into the Gullwing.

"Riding along to gatherings and rallies as a child is really what solidified the Gullwing as my all-time favorite car,” states Hammers. “My family owned this Gullwing when I was 13 years old and it was the only one we ever had with Rudge knock-off wheels. I was still too young to drive it at the time, but this car made a huge impression on me.”

This Gullwing marks an increasingly limited opportunity to acquire a long-sequestered 300 SL that is likely among the very last unrestored Rudge-wheel examples to be found.