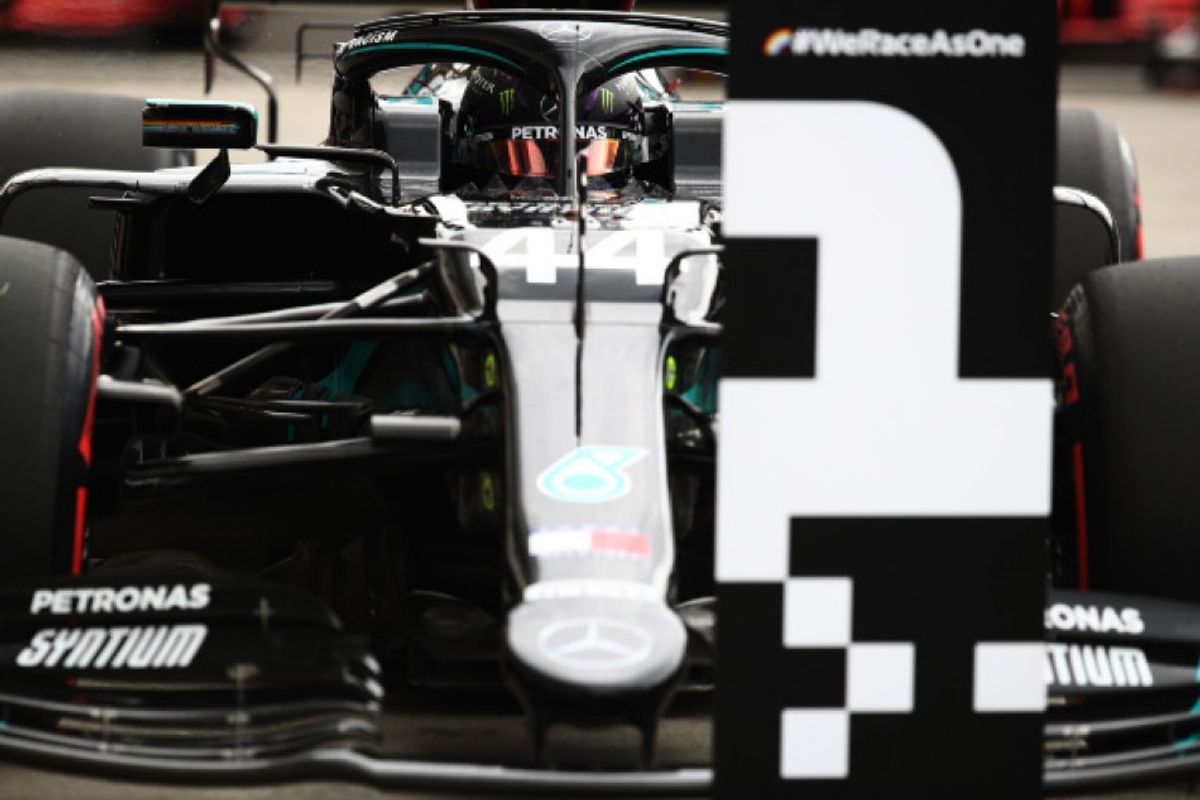 Lewis Hamilton powered to a record-equalling seventh career Hungarian Grand Prix pole position as he smashed the track record at the Hungaroring to beat team-mate Valtteri Bottas by a tenth of a second. The Briton’s blistering final Q3 time of 1:13.447 was enough to hand him his 90thcareer pole and to match Michael Schumacher’s benchmark at the Budapest circuit. Land Stroll finished third for Racing Point and the young Canadian will line up alongside fourth-place team-mate Sergio Pérez.

Hamilton lowered the marker with his second run, which stopped the clock at 1:15.420. That put him six hundredths of a second clear of Bottas and three tenths ahead of third-placed Lance Stroll, with the Canadian’s Racing Point team-mate Sergio Pérez fourth ahead of Ferrari’s Charles Leclerc and Verstappen.

Further back, Albon improved to 1:16.428, though as others also made gains he dropped to P11. Verstappen  then dropped to seventh when Daniel Ricciardo put in a decent lap of 1:16.111.

With three minutes remaining, George Russell put in a good lap of 1:15 585 to jump to third and that pushed Albon down into the drop zone. Russell’s excellent lap sparked a frenzy of activity as teams sent out their drivers to make the most of the improving track. Albon jumped to P7 but eventually progressed in P11 and Verstappen  also found safety with P8 in the final runs.

At the top of the order, though, was Racing Point’s Pérez with the Mexican leading the way with a lap of 1:14.681. Team-mate Lance Still was two tenths slower in P2 ahead of Hamilton and McLaren’s Carlos Sainz and Lando Norris. Sebastian Vettel was sixth ahead of Bottas and Verstappen.

Eliminated at the end of Q1 were Haas’ Kevin Magnussen, AlphaTauri’s Daniil Kvyat, the second Haas of Romain Grosjean and the Alfa Romeo cars of Antonio Giovinazzi and Kimi Räikkönen.

The top four from Q1 all went out on medium tyres at the start of the second session, as did the Renaults of Daniel Ricciardo and Esteban Ocon. And Hamilton quickly rose top of the timesheet with an impressive lap of 1:14.261. Bottas was almost three tenths off that pace in P2, with Vettel third thanks to a soft-tyre time of 1:15.131 and Verstappen  lay P4 0.017s behind the German, though he was unhappy with the handling of his RB16.

Albon was struggling, however, and after the first runs found himself in P13 with a time of 1:15.715 – 1.4s off the pace and almost six tenths off Verstappen . Also in trouble were 11thplace Leclerc who was ahead of Russell and Albon, while Ocon held P14 ahead of Latifi.

In the final runs both Mercedes drivers went out on track on soft tyres but with no real threat from behind both Bottas and Hamilton backed out of their laps. The Racing Point drivers opted for a second set of mediums and initially it looked as though that strategy might be risky as Norris jumped to P3 and Leclerc then vaulted out of the danger zone to usurp him.

However, AlphaTauri’s Pierre Gasly was reporting an engine issue, removing one potential threat and then Albon failed to make any improvement on his first run time. Complaining about traffic, the Thai driver was ultimately eliminated in P13.

Verstappen , though, made the most of the final run and he went through to Q3 in P3 behind the Mercedes drivers and ahead of Leclerc. Norris took fifth place ahead of Vettel, while Stroll went through on medium tyres in P7. Perez, who finished ninth behind Sainz, also went through on the yellow-banded tyres, while Gasly made it to Q3 in P10 despite his engine woes.

Hamilton led the way in the opening runs of Q3 with the Briton setting another new record time of 1:13.613. That put him more than three tenths clear of Bottas and Stroll. Verstappen , meanwhile, slotted into P4 with an opening time 1:14.849. That left him a tenth ahead of Norris, while Sainz was sixth ahead of the Ferraris of Vettel and Leclerc. Pérez was ninth after his lap time was deleted for running wide, while Gasly did not take part because of engine issues.

Hamilton went even faster in his final run to seal a record-equalling seventh pole position at the Hungaroring with a time of 1:13.447. Bottas got close with his final flyer and the Finn was able to claim a front row place with a time just one tenth behind his team-mate’s.

Behind them, third place for Stroll amounted to his best qualifying result since P2 at the Italian Grand Prix in 2017 and the Canadian took the front of row three 0.168s ahead of Perez. Row three will be filled by the Ferraris of Vettel and Leclerc with the four-time champion ahead by just six hundredths of a second.

Verstappen ’s problems continued though and though he went out for a final flyer there was no improvement in poise or pace with the RB16 and the Dutchman qualified in P7 thanks to his opening run time. He’ll start the race on row four, alongside McLaren’s Lando Norris who finished ahead of team-mate Carlos Sainz and Gasly.