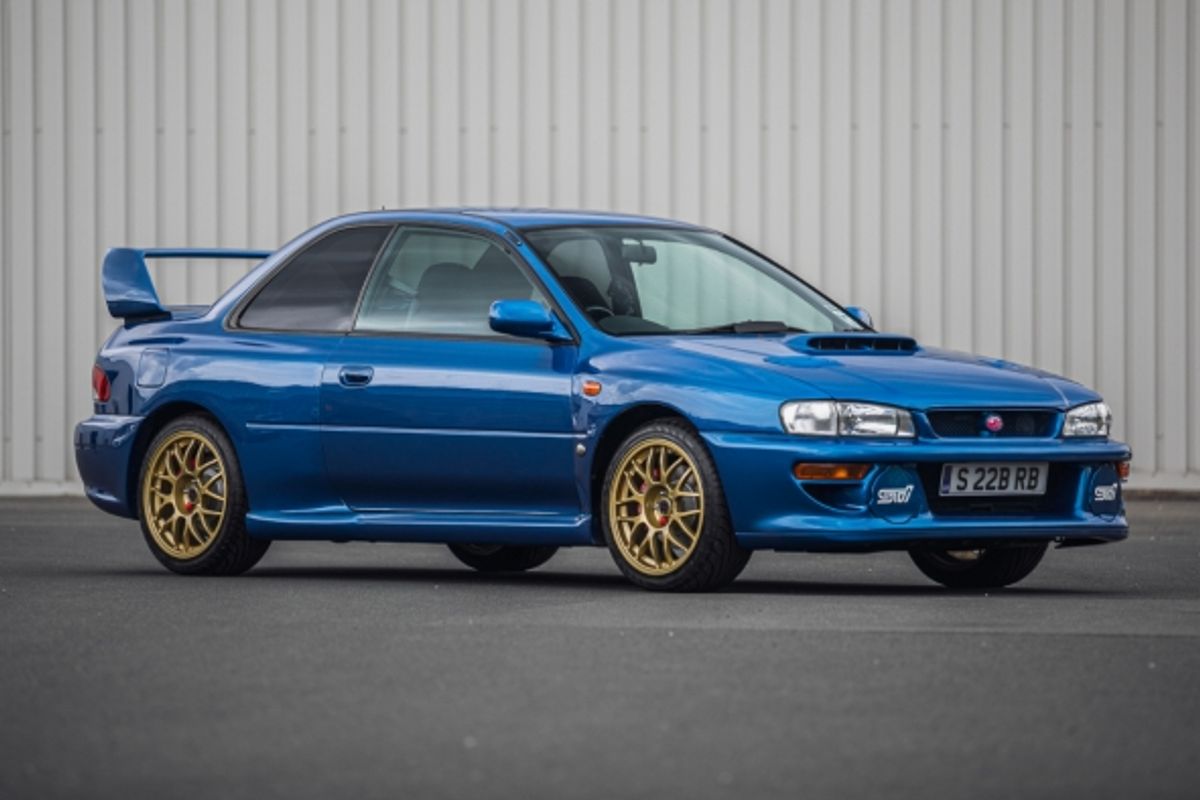 With the catalogue now closed, the lots on offer have just got better and better with a fine collection of classics and modern classics which also include a number of race and rally cars.

But first, Silverstone Auctions welcome back an old friend, a 1971 Porsche 911 S 2.2 Coupe which was sold in 2016 as a lost and local legend in dire need of restoration. It is now back and fully restored, looking absolutely stunning in Gemini Blue Metallic.

A matching numbers 911 S with rare factory options and the desirable non-sunroof, this is a top of the range Porsche and only 44 examples were sold in the UK in 1971.

Sold to Belgium before being imported and registered in the UK in 1981 it was then taken off the road in 1984. The previous owner was then approached by the then owner who had little knowledge of the car, so he bought it back with the intention of restoring it, this was in the early 1990s. However, life got busy and the project never got finished until in 2016 when the car was offered by Silverstone Auctions and sold with new hope.

Four years later, this rare specification Porsche 911 S is now back fully restored after a full nut and bolt restoration and with the Porsche Certificate of Authenticity. The attention to detail is quite extraordinary which makes this car stand out as being a period-correct classic. Even the wheels are all of the same correct date and the front lights have the raised H1, simply incredible.

The list of detail is pretty much perfect, including the German book-pack and tool kit. The restoration has been fully documented and is offered on a USB drive along with a coffee table book. A simply wonderful and outstanding example estimated at £165,000 to £185,000.

Talking of exclusive numbers, the 1983 Ferrari 512 BBi is very special. Imported by Maranello Concessionaires, this is one of the 43 UK-supplied cars in right-hand-drive and was supplied new to Jersey.

Having spent 31 years on the island, it has been serviced throughout that time by the same Ferrari technician. It has only covered 14,233 miles, verified by the included documents.

Estimated at £180,000 to £220,000, this is a wonderful and remarkably preserved example of an exclusive model presented in Rosso Corsa over black with black leather seats, cloth inserts and Rosso carpets. With some detailing this car could be a Concours contender.

Our next car is simply, A Legend. Hailing from the success of rallying, it is the 1998 Subaru Impreza 22B-STI. Number 326 of the 399 22Bs built for the domestic market, this is a rare and extremely desirable JDM example.

Imported into the UK in 1998, this 22B has 30,200 verifiable miles, three previous owners and has been owned by the current custodian for the last 16 years. It has now been fully recommissioned by a specialist and comes with a history file containing the import papers and photographs of the car’s arrival at the dock.

The Mercedes-Benz 500E is a rare car, a collaboration between Mercedes-Benz and Porsche to produce a Wolf in Sheep’s clothing high-performance saloon. But this particular 1991 Mercedes-Benz 500E is in European specification and must be even rarer. It was formerly owned by the Bulgarian Prince, Konstantin-Assen whom the current vendor purchased the car from. Now in the UK, it comes with an extensive history file and 57,800 miles (92,600km). Estimated at £30,000 to £35,000 and is one of the finest Silverstone Auctions has offered.

Nick Whale, Silverstone Auctions Managing Director commented: “These are a fabulous selection of cars, all rare in their own ways and very desirable models. Wonderful to see the Porsche back and fully restored, a fabulous car. The Ferrari is an absolute joy and is in a rare model.”

“We have a fantastic selection of cars in this auction and these are just a few of them. The quality of the cars consigned is quite staggering and we are delighted to be offering such an exclusive variety.”