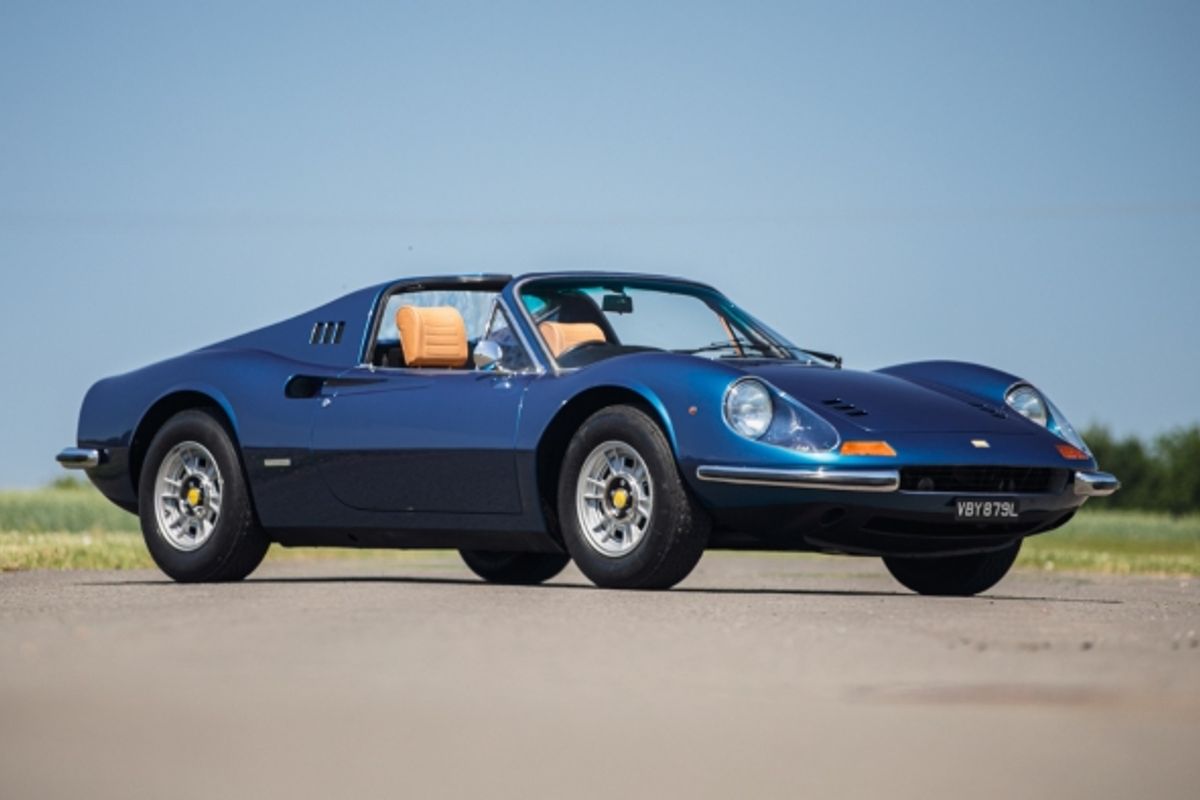 THIS WEEKEND  - AUCTION OF EXCEPTIONAL LOTS

226 Lots featuring classic and competition cars, automobilia, registration numbers and a boat
Five fabulous collections of rare classics and performance cars
Classics direct from the collections of actor and comedian Steve Coogan and rock star Jay Kay
Last chance to view the Lots – Thursday 30th July until 5pm
Auction starts at 11am on Friday and Saturday
Silverstone Auctions are gearing up as its bumper catalogue of 226 Lots gets underway from Friday with the Silverstone Classic Live Online Auction.

Silverstone Auctions have again put together an exceptional catalogue and attracted some very high-profile collections and cars from the world of music and film.

Nick Whale, Silverstone Auctions Managing Director commented: “I am really proud of this catalogue, the team have worked very hard to put this together. The support we have continued to receive from our existing clients and new has been astounding.”

“Our last auction was a resounding success in these current times and to provide yet another exceptional catalogue shows that the market is still very active and with high interest from both vendors and buyers.”

The Warwickshire collection is one of the most eclectic group of cars which includes Lot 322 the 1949 Alfa Romeo 6C 2500 Super Sport Cabriolet. A beautiful looking car which has formed part of this large collection and was a former Villa d’Este Concours winner. It is estimated at £315,000 to £350,000.

The Anthony Hamilton Collection is another of the fine collections focusing on some exquisite British cars including Lot 594 the 1971 Wood and Pickett/Radford Mini Cooper S. The classic Mini was ordered new by Wood and Pickett and specified with the Mini de Ville hatchback from Radford a fierce rival of theirs in the Mini conversion market at the time. This is quite possibly a unique car and estimated at £45,000 to £55,000.

We then have the Generation GT collection, a carefully curated collection of five of the finest Aston Martin GTs and also the Stuttgart Collection, 35 Porsches which have been hand picked over many years. This collection includes numerous derivatives for the famous 911 as well as a 924, 944, 968 and Lot 549 the 1995 Porsche 928 GTS Auto in right-hand drive. From the last year of production it has just 18,897 miles on the clock and estimated at £50,000 to £60,000. Possibly one of the best available.

Other notable cars are three supercars, one of which set the standard when it was launched in 1966, the Lamborghini Miura. Silverstone Auctions are offering a 1972 example for an estimated £1,8 million to £2,4 million and is the ultimate of specifications, an SV. It is one of the 147 built, one of the final 94 split sump cars and one of only 11 right-hand drive cars in full European specification with a fully documented 32,014 miles.

Keeping with the Italians, Lot 620 is the 1964 Maserati Mistral Coupe. A stunningly beautiful early car in right-hand drive and one of the 32 supplied to the UK. It comes with the Maserati Classiche confirming its authenticity. Estimated at £130,000 to £150,000 this is a rare classic Italian masterpiece.

The Silverstone Classic Live Online Auction also includes many competition cars, from touring cars to rally cars and historic classics. Lot 607 is a 1965 Ford Falcon Sprint (FIA) from the well-respected Terry Drury Racing stable who created this brand new car from their own very successful Masters winning Falcon. Estimated at £60,000 to £70,000 this Falcon is fully FIA compliant and eligible for Pre-66 touring races around the world including Masters, HSCC and HRDC.

Among the Lots are items of automobilia ranging from luggage sets, tool kits, wall clocks and Lot 538, a collection of 36 silver ingots commemorating motoring history. Included with this Lot is a smaller boxed collection of 100 small silver ingots estimated at £2,000 to £2,500.

Nick Whale continued: “Another superb round-up of what is on offer and we must not forget that Jay Kay has consigned three cars from his personal collection and Steve Coogan has also consigned his rare and beautiful outside bonnet lock Jaguar E-Type.”

“We have three ways in which you can bid, online with Proxibid or The Saleroom, on the phone, or leave a commission bid. If you are looking to acquire one of these cars, please get in touch and make the necessary arrangements with the team.”

The last day for viewing is Thursday the 30th July at 5pm and the Silverstone Auctions team can be contacted on 01926 691141 or email enquiries@silverstoneauctions.com and would be happy to make arrangements for your viewing.