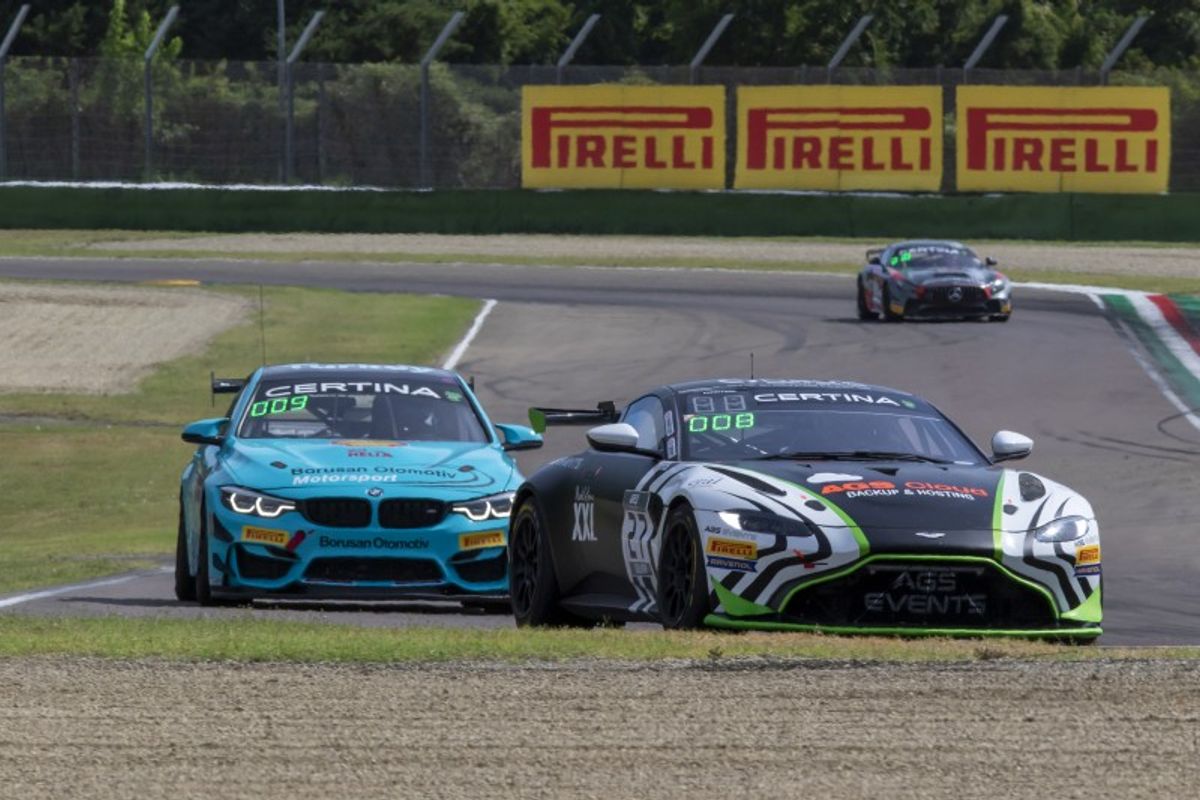 The GT4 European Series heads to Italy again for the second round of the 2020 season. After the opening round of the championship at the Autodromo Internazionale Enzo e Dino Ferrari in Imola a fortnight ago, the series heads to the Misano World Circuit Marco Simoncelli this weekend.

For several of the drivers competing this weekend, the 4.226-kilometre Misano World Circuit Marco Simoncelli isn’t a new challenge. However, only three drivers competing in the 2020 season managed to achieve an overall victory at Misano; Allied-Racing’s Jörg Viebahn won the second race in May 2014 and, together with 2020 teammate Nicolaj Møller-Madsen, the German was also successful in the second race in April 2017. Current championship leader Gabriele Piana (RN Vision STS Racing Team) won at Misano in June of 2018.

The GT4 European Series field at Misano will be bolstered by the arrival of two additional Selleslagh Racing Team Mercedes-AMG GT4s. The Belgian team will run one additional car for Belgian drivers Johan Vannerum and Jean-Luc Behets, with Dutchman Bob Herber set to race the second extra Selleslagh Racing Team Mercedes-AMG. The two entries will bring the total number of cars on the grid to 19 cars. The only other change compared to the season opening round at Imola, is Hasan Tansu joining Ibrahim Okyay in the #13 Borusan Otomotiv Motorsport BMW M4 GT4.

After winning the first two races of the season, Gabriele Piana and Bas Schouten head to Misano as the Silver Cup leaders with 50 points and the duo look forward to another perfect summer weekend. But with every car entered in the class a contender for a podium finish, the RN Vision STS Racing Team pair know they can’t simply relax on the Adriatic coast.

AGS Events drivers Valentin Hasse-Clot and Theo Nouet, currently 20 points behind Piana and Schouten in second place, will do everything they can to win and reduce the gap to their rivals. After a second-place finish at Imola, Stephane Lemeret and Gael Castelli aim to give CMR its first victory with the new Toyota GR Supra GT4 and close the gap to the current championship leaders.

Dutch drivers Mark van der Aa and Koen Bogaerts (RN Vision STS Racing Team) as well as Thijmen Nabuurs and Jop Rappange (V8 Racing) will also have their sights on a decent result, while Lluc Ibanez and Xavier Lloveras (NM Racing Team) and Timothé Buret and Antoine Potty (CMR) hope to bounce back after not finishing in one of the two races at Imola.

In the Pro-Am class, Borusan Otomotiv Motorsport’s Yagiz Gedik and Cem Bolukbasi head to Misano level on points with Allied-Racing’s Jan Kasperlik and Bastian Buus. Both crews scored a class win and fourth-place finish at Imola and have 37 points. 2017 race winners Jörg Viebahn and Nicolaj Møller-Madsen are just four points behind and the pair hope to repeat that success this weekend.

Centri Porsche Ticino drivers Ivan Jacoma and Joel Camathias aim for a return to the podium, after being taken out of contention in the second race at Imola. Wim Spinoy, who finished third in the final race at Imola, will race with Kay van Berlo again at Misano, aiming for more points.

With the addition of the two Selleslagh Racing Team Mercedes-AMG GT4 entries, the number of cars competing in the Am class grows to seven and Johan Vannerum and Jean-Luc Behets will definitely be contenders for the race win. The Selleslagh pair won five races in 2019, including the first race at Misano.

Other contenders are AGS Events’ Nicolas Gomar and Gilles Vannelet, who lead the championship with 43 points after a near-perfect start of the season, while Paolo Meloni and Stefano Valli, racing even closer to their San Marino home this weekend, are six points behind. Ibrahim Okyay will also be ready to fight for the podium positions, together with new teammate Hasan Tansu.

Giuseppe Ghezzi, Salvatore Riolo, Dario Cerati and Maurizio Fratti were all on the podium once at Imola and the Autorlando Sport drivers hope to return to the podium at Misano. Bob Herber, race winner at Zandvoort in 2019, will complete the Am-field in the #31 Selleslagh Racing Team Mercedes.

The GT4 European Series round at Misano will begin with a one-hour free practice session at 12.00 on Friday, followed by as second practice session at 16.30 that afternoon. The two qualifying sessions get underway at 10.30 on Saturday, with the first race scheduled to start at 16.30 on Saturday. The teams will be back in action in the second race of the weekend, set to start at 9.45 on Sunday morning. Both races will be shown live on the GT4 European Series Facebook page and SRO Motorsport Group’s GT World YouTube channel.