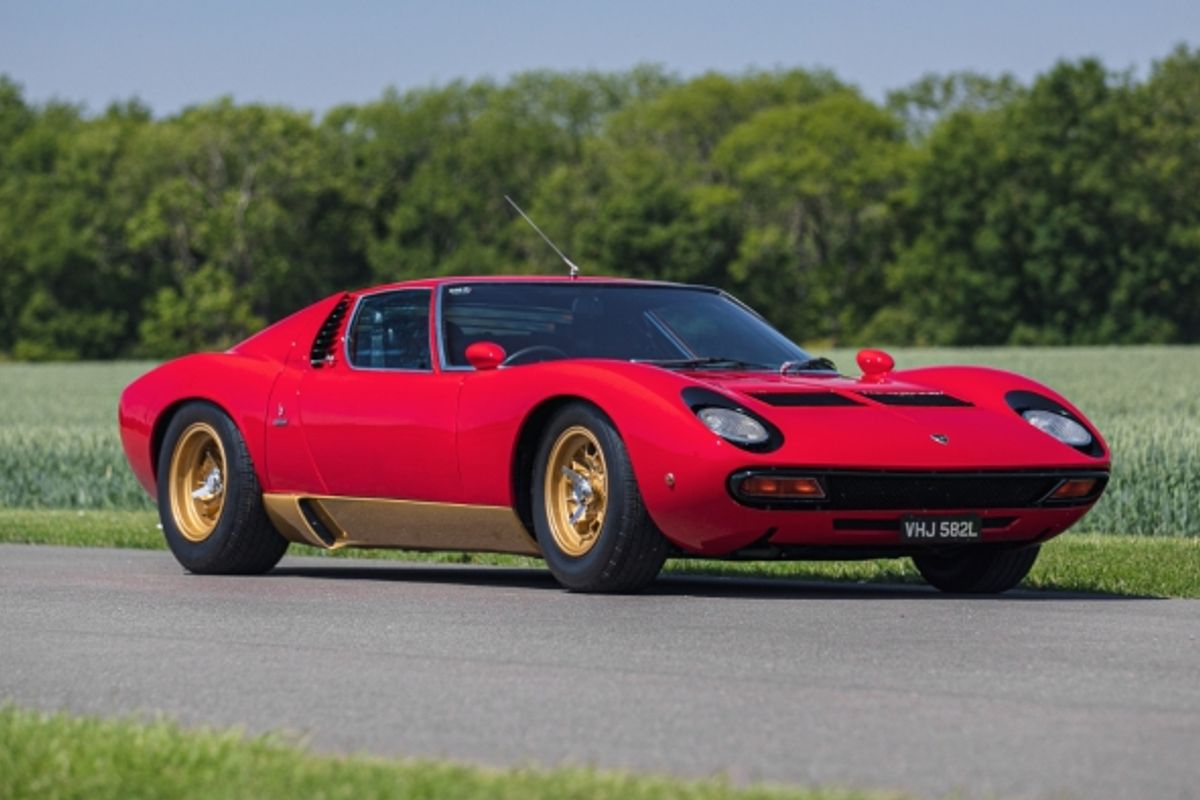 The Silverstone Classic Live Online auction at the weekend has been hailed as one of the most successful auctions in the history of Silverstone Auctions.

The huge catalogue contributed to a 76% sale rate and £15.8 million in sales with the four major collections selling exceptionally well and the most expensive car offered, the 1972 Lamborghini Miura SV selling for over £1.9 million.

Nick Whale, Silverstone Auctions Managing Director commented: “We are absolutely delighted with the weekend’s sale. The catalogue was truly superb and enabled us to offer some of the finest cars available.”

“To achieve a sale of £15.8 million is astounding and a testament to the quality of the cars offered. I believe that this sale was possibly the largest in Europe behind closed doors this year.”

“A huge thank you to our team who worked very hard to gain the support from our vendors who entrusted their cars to us and to the buyers who have bought some loveliest cars for their garages and enjoyment.”

Day one of the sale was Friday and one of the notable standouts and early Lot in the sale was the bidding for the 1998 Subaru Impreza 22B-STi, a rare car that sold for £130,500. The glorious 1965 Citroen DS19M Decapotable from the Warwickshire Collection was another that did exceedingly well and found a new home for £148,500. Early Astons always find favour with collectors and the 1966 Aston Martin DB6 which was matching numbers, from low ownership and had been very well maintained sold for £240,750. A slightly unusual Lot considering the auction took place in the Midlands, some miles from the sea, was Lot 414, the 1995 Sunseeker Tomahawk which was formerly owned by Sir Roger Moore KBE and sold for £82,125.

Friday also saw one of the finest Jaguar E-Types, a very early flat floor with the unique outside bonnet latches that had been subject to the finest restoration. Owned and offered by the actor and comedian Steve Coogan the car sold for an undisclosed sum.

So day one set the tone for what was to come, Saturday a day of collections, some of the rarest and finest of cars from some of the most significant collectors and also the registration number O9, on the market for the first time in over 70 years.

The first collection to go under the hammer was the SA-30 Collection and two cars which attracted a lot of interest were Lots 514 and 515, the Jaguar E-Type Roadster and Fixed Head Coupe respectively. Both early cars, both flat floors and both sourced for their unique features making them stand out as being very early cars. The Roadster sold for £112,500 and the FHC for £90,000. Others that did exceptionally well were the 1958 AC Ace Bristol achieving £220,500 and the 1973 Ferrari Dino 246 GTS which sold for £337,500.

But the car that was attracting the most attention and the highest valued in the whole sale was Lot 535 the 1972 Lamborghini Miura SV, one of 147 built, one of the final 94 split-sump cars and one of 11 right-hand drive cars with 32,014 documented miles. An incredible opportunity which achieved £1,912,500 making it the highest selling car ever offered by Silverstone Auctions.

Lot 622 was the 1972 Bentley Corniche, one of 43 right-hand drive examples that had been beautifully restored and maintained by the previous two owners at some considerable cost. This car is considered one of the finest ever made and sold for £158,625.

Just before the sale moved on to the final collection, Lot 574 became the focus. A registration number that had not been on the market for over 70 years and was being sold exactly to the day of when the late owner would have turned 100 years old. O9 was one of the first registered by Birmingham and sold for a staggering £216,000.

Following on from the Stuttgart Collection was The Anthony Hamilton Collection which saw all bar two of the cars sold. Lot 591 the 2006 Ford GT, a US-supplied car with 43 miles sold for £241,875. The collection consisted of many British classics including two Swallow Dorretti’s, with Lot 581 selling for £74,250.

Throughout the two days, there were items of automobilia and registration numbers, but also competition cars. The 1958 Lotus Elite that was restored by Ant Anstead as part of the Channel 4 show For The Love Of Cars sold for £105,750. The splendid 1964 Ford Falcon Sprint, Lot 366, a regular and successful car in the historic racing scene sold for £84,375.

Nick Whale continued: “This was our second live online auction and yet another fantastic result achieving a 76% sales rate. It shows that as an auction house we have successfully adapted to the current times and made them work for everyone concerned.”

“Our next sale will be at the Lancaster Insurance Classic Motor Show at the NEC Birmingham on the 13th – 15th November.”