2 from 3 for Richardson Racing in Ginetta Junior Championship opener 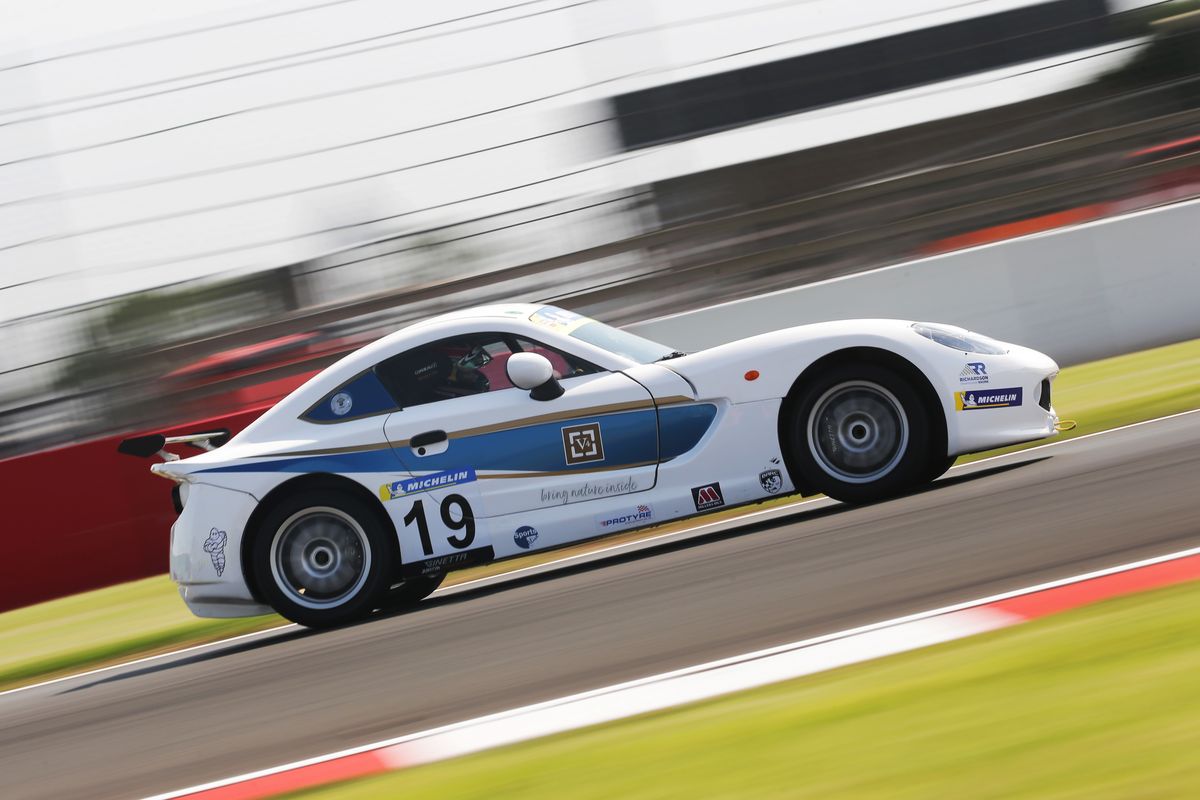 Richardson Racing enjoyed a fine start to the new Michelin Ginetta Junior Championship season at Donington Park, with two wins from three races setting down a strong benchmark for the campaign ahead.

Having been one of the stand out teams in the series in 2019, the Corby-based outfit headed into the season opener with a new-look driver line-up comprising of rookie trio Georgi Dimitrov, Trennon Bettany and Rowan Vincent - with all three drivers taking the step into car racing for the first time.

On the back of a busy testing programme before the delayed season opener got underway, the three drivers headed into the weekend looking to further their experience behind the wheel of their Ginetta G40s and with an eye on making an impression amongst the rookie field.

Qualifying on Saturday morning saw Georgi leading the team’s challenge as he put the #23 car onto the second row of the grid with the third best time; two tenths of a second than he had managed during Friday testing.

The improvements for both Rowan and Trennon were even more impressive, with Rowan going a second and a half quicker than in testing to line up 16th, and Trennon bettering his Friday time by well over a second to end up 18th.

As has become the norm for the Junior series, the opening race of the season later the same day would be a hectic affair, with Georgi embroiled in a race long battle for the leading positions.

Running in the top four throughout as part of a train of cars dicing for the lead, he would cross the line in third place for a debut podium finish, and would later be promoted up to second when one of the two cars ahead was handed a time penalty - leaving him as top rookie.

A trouble free run for Rowan saw him bring his car home to the finish in a solid 16th place overall as the eleventh best rookie, whilst Trennon deserved more than his end result of 19th after picking up unfortunate time penalties that dropped him from 13th on the road.

With the second fastest times set in qualifying determining the grid for race two, Georgi lined up on the front row of the grid, with Trennon starting in P18 and Rowan one spot further back.

Quickly moving into the lead of the race, Georgi produced a mature drive at the head of the field as he was able to break the tow to his closest rival behind and then controlled the gap throughout the twelve lap encounter to wrap up an impressive maiden win.

A strong showing from Rowan saw him work his way up the order to eventually finish in an encouraging twelfth spot, with a marked improvement in his race pace seeing him set a fastest lap well over a second quicker than in race one.

Trennon’s pace would also improve by more than a second as he finished the race in 17th spot, despite suffering a trip off track and a five second penalty for exceeding track limits.

When the final race of the weekend got underway live on ITV4 in Sunday, Georgi managed to hold his lead at the front going into turn one, with the race then going behind the Safety Car after contact from behind saw Rowan slide off into the gravel at McLeans.

On the restart, Georgi would find himself under huge pressure from the pack behind, with a five car train becoming embroiled in the battle for victory. Slipping back to second at the end of lap five, Georgi kept the leader honest with the pair swapping places more than once in a frenetic fight that would run through to the finish.

Moving back ahead at the end of lap nine, Georgi was able to make the most of the cars behind slowing each other to break the tow, and would secure his second win of the weekend in impressive fashion.

Trennon was left to play fightback after contact on the run to turn one saw him tipped into a lurid slide that dropped him to the back of the field, but he recovered well with arguably his strongest showing off the weekend.

At one point the fastest man on circuit, Trennon fought his way up to 14th place by the finish having run as high as twelfth, whilst Rowan ended his weekend with 18th spot having dropped off the lead lap as a result of his early incident - his pace showing he was more than a match for the midfield pack.

The team will now head straight to Brands Hatch for the second round of the season on the famous Grand Prix layout.