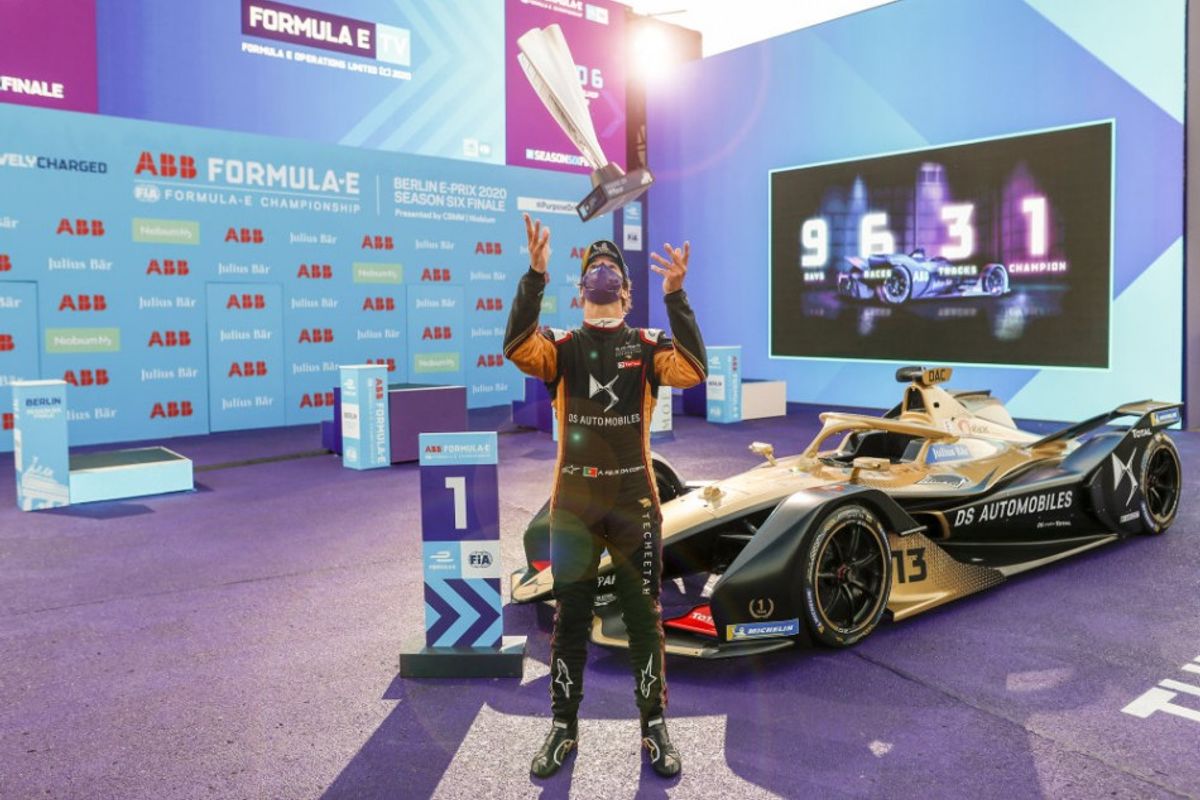 Sometimes, when it’s your day, its simply your day, and yesterday unquestionably belonged to António Félix da Costa in Berlin, as the 2019/20 ABB FIA Formula E Championship delivered a high dose of drama and an action-packed finish on its eagerly-anticipated return to racing.

Da Costa picked up from where he had left off in Marrakesh with a commanding performance on the Tempelhof Airport, where the Formula E field ran on a reverse layout of the demanding 2.3km track.

From pole position, the Portuguese star was untroubled as he led the first Berlin E-Prix from lights-to-flag, posting the fastest lap along the way and ultimately crossing the finish line more than five seconds clear of his closest rival to extend his championship lead.

Da Costa was chased for most of the way by his DS Techeetah team-mate Jean-Éric Vergne, but the Frenchman faded in the closing stages and ended completely out of contention by the final lap.

André Lotterer was the chief beneficiary of Vergne’s misfortune, and the German stole second position from Sam Bird on the very last lap, although the TAG Heuer Porsche man was left ruing a missed ‘ATTACK MODE’ midway through the race that he reckoned cost him a potential shot at victory.

Bird took the chequered flag third for Envision Virgin Racing – a four-place improvement on his grid slot – following a determined drive that saw him pull off a number of bold overtaking moves. Mercedes-Benz EQ’s De Vries flashed across the finish line right on his British rival’s tail in fourth, proving to be the DS Techeetah duo’s main challenger midway through the race before running wide and conceding ground to both Lotterer and Bird.

Jérôme D’Ambrosio narrowly got the better of countryman Stoffel Vandoorne in the fight for fifth, the Mahindra Racing ace passing his fellow Belgian on the penultimate lap after the Mercedes-Benz EQ man had showcased excellent racecraft to charge up the order from a lowly 16th place on the grid, taking full advantage of FANBOOST along the way.

Former Formula E Champion Sébastien Buemi had to settle for seventh for Nissan e.Dams after running towards the front of the field throughout but losing time when he – like Lotterer – missed out on ‘ATTACK MODE.

Second in the title chase arriving in Germany, Mitch Evans (Panasonic Jaguar Racing), spun around leaving him to finish in 13th place.

Teams and drivers will barely have time to catch their breath before the action resumes tomorrow (Thursday; August 6) for round seven, as Da Costa aims to further tighten his grip on the championship standings.

'With six races to go, the fight for the title is on and the pressure is rising. I do want to win it and if we keep doing things as we did today, we have a good shot at it. Hats off to the team not only for what they did today, but for the hard work they put into the build-up to this moment. I moved here because I wanted a quicker car, since I want to put myself in a position to win races. We’re going to have bad days just like everyone else, but it’s how we come back from those that defines us.’

'P2 is good starting point, but I have some mixed feelings about missing the first ATTACK MODE as it put me in a difficult position. I had a good car and maybe without that slip I could’ve challenged Antonio. We’ll keep working hard and hopefully the car will be as good as it was today.’

'I am very pleased with the team and the result. It’s been a bit of a rocky year for us, hopefully today will mark a restart of the season. I am a bit disappointed for not finishing in P2, but I was low on energy in the last couple of laps. There is still some work to do on the car, but we have a good base ready for tomorrow.’