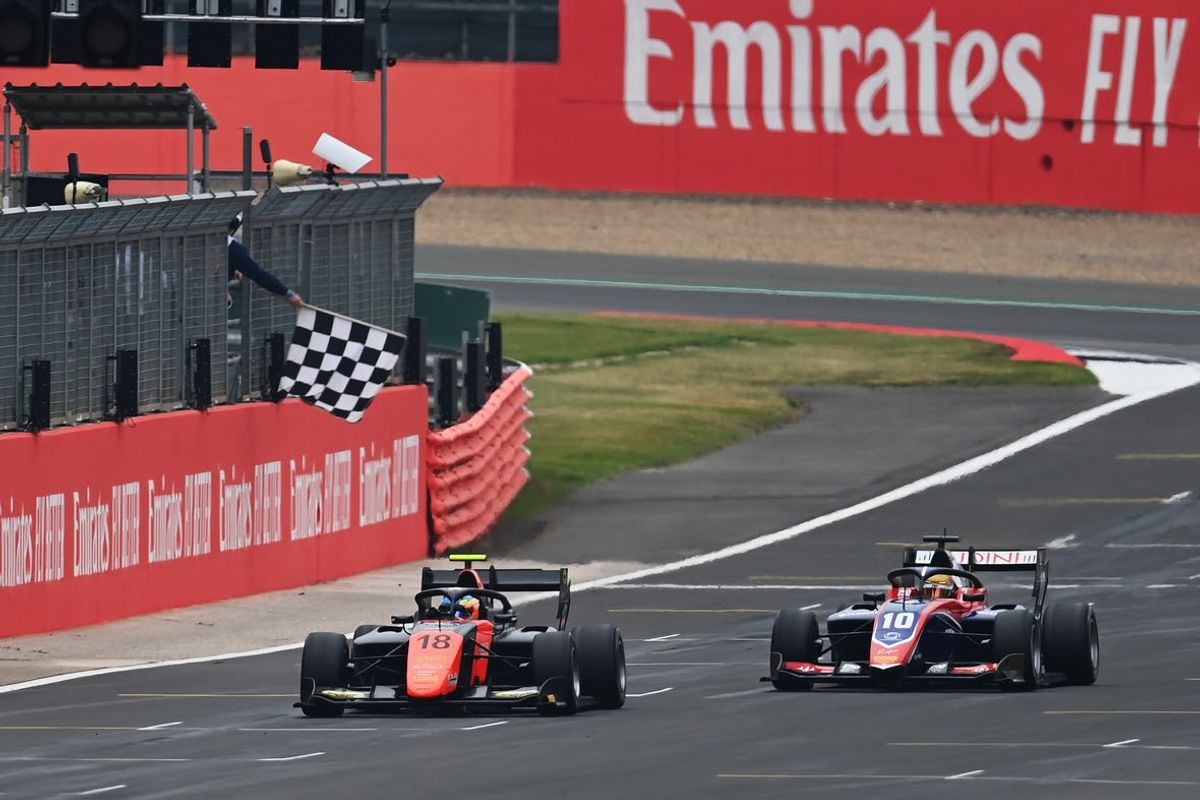 With the FIA Formula 2 and Formula 3 championships racing at Silverstone for the second consecutive weekend, there were four different winners compared to one week ago.

Helping to mix up the action was a change to the 18-inch tyre compounds nominated for Formula 2, with the soft tyre replacing the medium alongside the hard tyre and handling the demands of the high-speed Silverstone circuit well despite temperatures that were even warmer than last weekend. Formula 3 continued with the hard tyre and drivers were able to race closely until the finish, especially in race two.

Feature Race, the winner: Callum Ilott took a dominant victory for UNI-Virtuosi in the feature race to claim the championship lead. Ilott started the race on the soft tyre along with the rest of the top five on the grid, and pitted for hard tyres at the end of lap seven. He rejoined with a greater lead over nearest rival Christian Lundgaard, and finished up over eight seconds clear. Lundgaard (ART Grand Prix) and Jack Aitken (Campos Racing) completed the podium, with both having switched to the hard tyres one lap earlier than Ilott when the pit window opened.

Callum Ilott: “I got the start right and the first stint was good. I had to extend it another lap because of where we are in the pitlane. We're the first ones, so if everyone comes in on lap six, I'll never get out because all the train would come through. But I had a clear run out of the pits. I think I pulled a little bit of extra time on Christian, and then tried to put a decent lap in to increase the gap and then maintained it from there. Not a bad effort, I think!”

Feature Race, alternative strategy: Nikita Mazepin finished in fourth for Hitech GP from seventh on the grid after deploying a different strategy to the one he used to win the feature race one week earlier. He and fellow fourth-row starter Mick Schumacher (Prema Racing) both started on the hard tyres and spent the first stint racing each other. After switching to the softs with seven of the 29 laps to go, Mazepin emerged back in seventh place and passed three cars late on. Schumacher finished seventh.

Sprint Race, the winner: Yuki Tsunoda took victory for Carlin after Prema drivers Mick Schumacher and Robert Shwartzman dramatically collided with less than three laps remaining. With all the drivers starting on the hard tyre, Shwartzman led his team-mate from pole position before Schumacher made contact when attempting to overtake around the outside. While Tsunoda got past to win ahead of Schumacher, Shwartzman dropped back with front wing damage, allowing Aitken to finish on the podium again. During the F2 sprint race, Lundgaard had a problem with his front-left tyre: this was solely down to several flat spots on the tyre from incidents earlier in the race that weakened it, causing the deflation very close to the end.

Race 1, the winner: Logan Sargeant (Prema Racing) took a lights-to-flag maiden F3 win, after qualifying on pole position for the second weekend in a row. Jake Hughes (HWA) finished second after getting ahead of Liam Lawson (Hitech GP) on the opening lap.

Race 2, the winner: Bent Viscaal (MP Motorsport) became another first-time F3 winner after getting the better of Lirim Zendeli (Trident) on the thrilling final lap of a race race run in cooler, misty conditions. Sargeant retired after contact but retains the championship lead he claimed on Saturday, by one point over team-mate Oscar Piastri.

Pirelli’s head of F1 and car racing Mario Isola: “Once more it was a fantastically entertaining weekend of racing, with unbelievable action from Formula 3 on Sunday morning in particular. Silverstone has one of the highest energy demands of any track all year, so generally speaking the tyres stood up well to this unique challenge; even in the very warm conditions we experienced this weekend. The front-left had a particular amount of work to do, and this was evident by the end of all the races. As a result, tyre management was crucial and – as usual – those who mastered this important skill best were rewarded at the finish.”