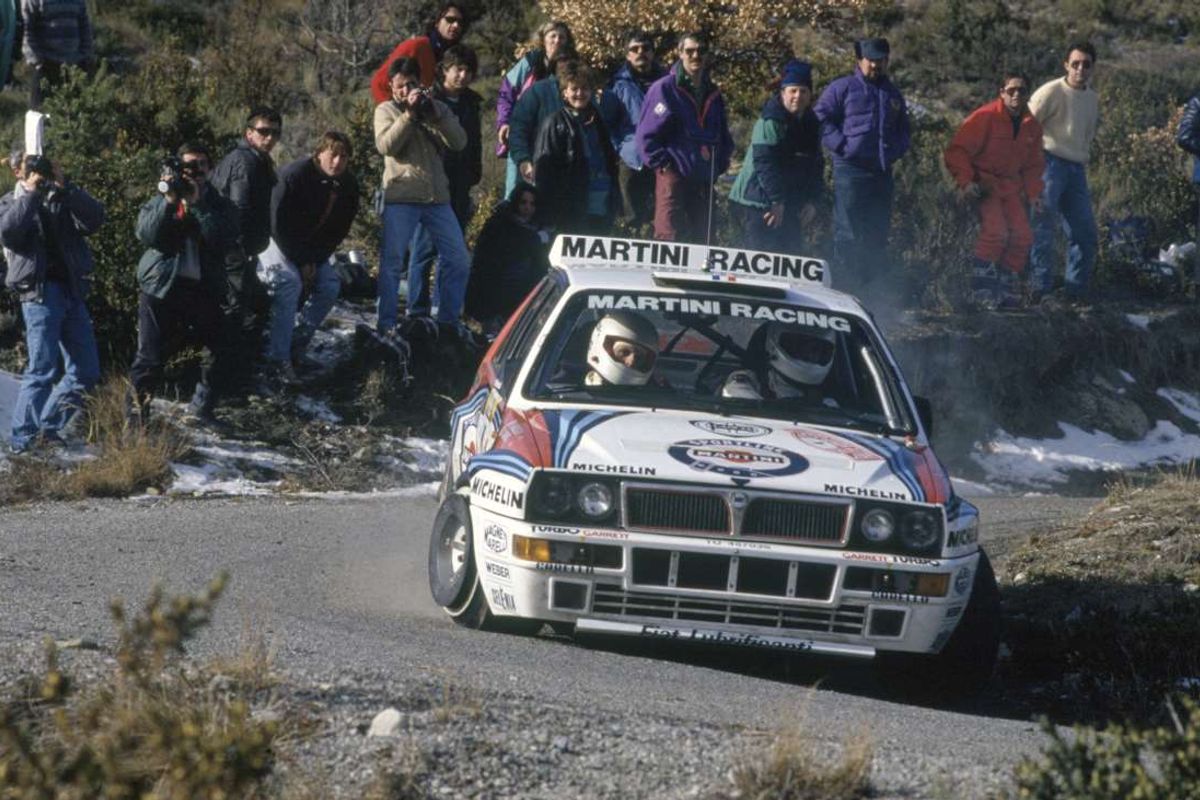 Two Super Special rally stages are being created for Goodwood SpeedWeek presented by Mastercard.
The competition will take place on 15th and 16th October 2020.
Tested by Kris Meeke in the Toyota GR Yaris, the Zero Car for the event.
A challenging combination of tight corners, short straights and mixed surfaces.
Cars from the last 50 years of the World Rally Championship will take part.
Dusk-into-night stages will up the ante for the drivers and co-drivers.

The Goodwood SpeedWeek presented by Mastercard organisers are excited to announce a new competition format, unique to the October event.

The mixture of high speed corners, tight hairpins, surface changes and the close confines of the Goodwood Motor Circuit site will create a formidable challenge for drivers and co-drivers. With SpeedWeek a once-in-a-lifetime event, the drivers will be competing for a unique honour.

The “SpeedWeek Super Special” will bring together cars representing nearly half a century of the World Rally Championship, competing in separate classes and for outright victory. The Group 4 class will include the legendary Lancia Stratos, Ford Escort RS2000 and ultra-rare Ferrari 308GTB, along with the car that changed rallying forever, 40 years ago, with the introduction of 4WD, the Audi Quattro. Following these will be the monsters of the Group B era: Lancia 037 and Delta S4, Metro 6R4, Audi Sport Quattro S1 and Peugeot 205 T16.

Ushering in the modern era will be the Group A cars: Subaru Legacy and Impreza WRX, Lancia Delta Integrale and Toyota Celica GT4. Finally, the very latest and quickest cars of the WRC will also be tackling the stages with representation from Ford, Subaru and Toyota amongst others.

At a unique test day in July the course was previewed by Kris Meeke in the new Toyota GR Yaris. The tight and technical sections mixed with open corners and short straights were ideally suited to the agility of the Yaris and Meeke’s flair. The Toyota GR Yaris will be the zero car for both stages.

​
The stages will be run multiple times and in different directions, beginning on the evening of Thursday 15 October. This will be the first live action from Speedweek, and will present drivers with the additional challenge of starting at dusk and running into full darkness. Spotlights blazing and exhausts spitting flames will add to the spectacle of iconic machines being tested to the limit at this amazing location.

The Duke of Richmond said: “Sad as we are not to be able to welcome spectators to SpeedWeek, we are determined to give our fans at home a motorsport event that is like nothing they have seen from Goodwood before. We’ve been able to be much more creative with the course for our rally Super Special, and viewers have something truly spectacular to look forward to.”

More details of the SpeedWeek Super Special, the drivers and the cars will be released on Goodwood Road & Racing’s digital channels in the lead up to SpeedWeek.