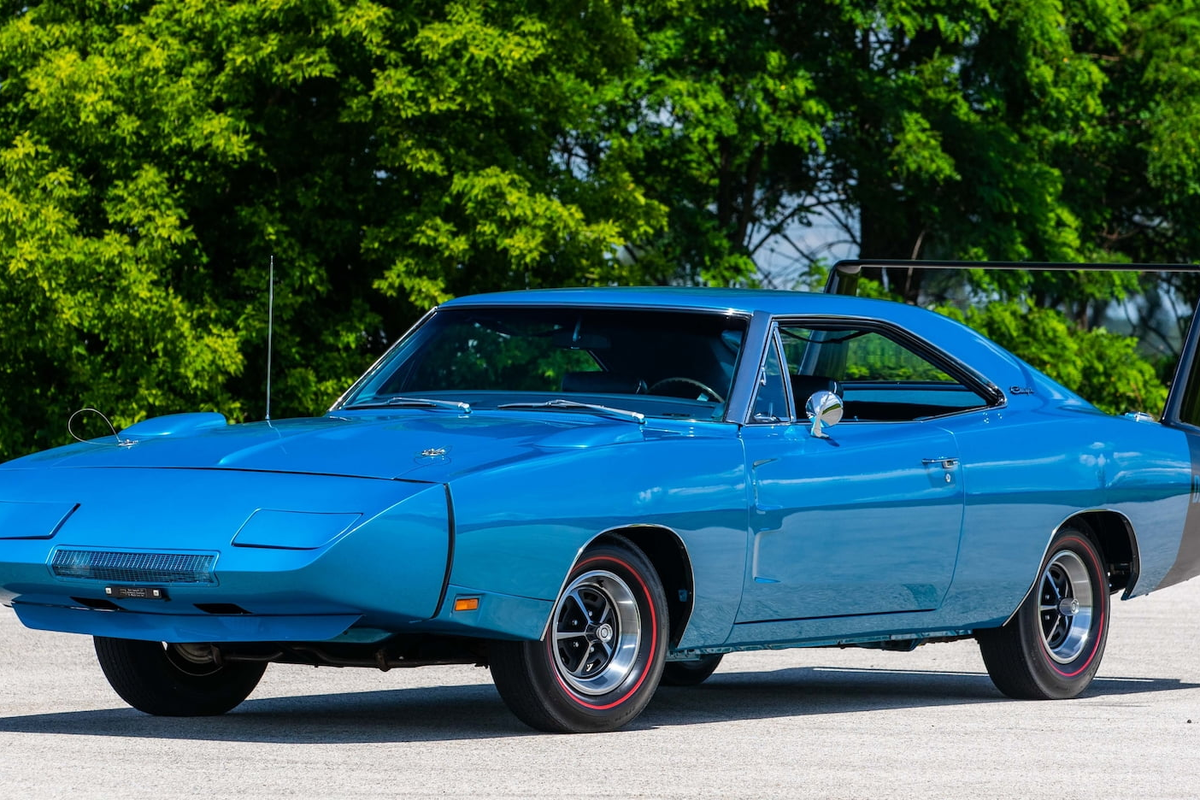 Of all the cars that came out of the muscle car wars of the late ‘60s and early ‘70s, none was as extreme as the 1969 Dodge Charger Daytona. The Daytona, and its sibling Plymouth Superbird—the “Winged Warriors”—were specifically crafted to slay their NASCAR competitors, hugging the track tighter than any other car in competition. Starting with a Charger 500, Mopar engineers went into the wind tunnel to determine what changes could be made to reduce wind resistance to the boxy design.

The cars emerged with sloped nose cones that made them more than a foot longer. Including flushed rear windows and a nearly 2-foot tall rear spoiler (to allow the trunk lid to open) that almost made the cars look cartoonish, the body modifications lowered the coefficient of drag of the production Charger to a mere 0.28—an impressive feat even today. Coupled with a race-prepared 426 Hemi, there wasn’t another car that could catch them. So dominant was the Daytona that after a year-and-a-half, NASCAR banned them from competition.

This B5 Fire Blue Metallic 1969 Dodge Daytona is one of 503 street cars produced for homologation, and it was ordered with the E86 440/375 HP Magnum V-8, making it one of just 468 to come with the 440. With the engine backed by a TorqueFlite 727 automatic transmission, torque flows to the A32 Super Performance Axle Package consisting of a Dana 60 rear end with 4.10 gears and Sure-Grip. A set of Styled Road Wheels wrapped in Firestone F70-14 redline tires get power to the ground, while power-assisted front discs and rear drums shed speed fast.

Inside, the blue, console-split, high-back bucket seats and rear bench are offset by a wood-grain steering wheel and interior accents, the black instrument binnacle housing a full complement of Rallye gauges. Options on this Daytona include a “Thumbwheel” AM radio and the A01 Light Group consisting of an ashtray light, glovebox light, trunk light, ignition light with time delay, map light and fender-mounted turn signal indicators.