100 rare and exotic cars gather for this week's London Concours 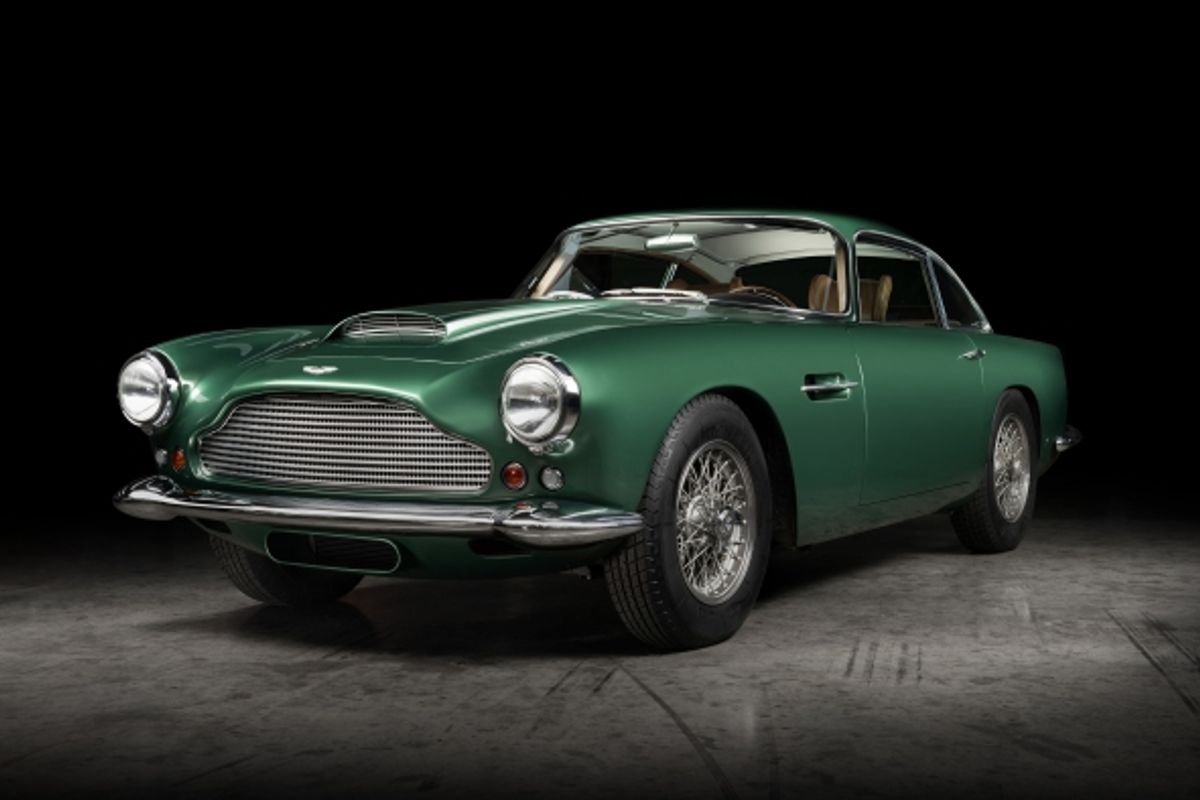 Over 100 rare and exotic performance and luxury cars of all ages will gather into London’s Honourable Artillery Company HQ –  a five-acre oasis of green nestled among the tall buildings of the City of London. The cars are split into classes celebrating different aspects of automotive culture, different periods of time or even the achievements of one specific manufacturer. Below are just a few of these cars, and the classes they belong to:

Pursuit of Speed – Ferrari F40
When celebrating the fastest production cars ever, you can’t forget the Ferrari F40. This one-owner example boasts just 2,700 original miles from new and is Ferrari Classiche certified. It was supplied by Maranello Concessionaires with a rare English speedometer, and remains just as delivered from the factory, retaining all authentic nuts, bolts, hoses and paintwork. The F40 boasts a full set of specially created Ferrari Tan luggage, as well as a rare F40 watch, which was offered as an extra to purchase on initial delivery

The Dinos – 1974 Ferrari Dino 246 GTS
In a class dedicated to one of the finest handling Ferraris of all time, one Dino stands out among the ten examples gathered. Resplendent in original Viola Metallizzato paint, this Dino is a ‘chairs no flares’ car, which means it has Daytona seats but no flared wheelarches. It’s the 58th from last Dino produced, one of only 31 delivered in this colour and has verified numbers-matching body, chassis, engine and transmission.

The Collector, Ian Callum – 1976 Jaguar XJC
This class is dedicated to the car collection of one of the great automotive designers, Ian Callum. Famous for his work with Jaguar, Ian’s collection includes a wonderful XJC. As he says:  “It was one of Sir William Lyons’ favourites, it was the last Jag he designed. I’ve modified it to maximise the beauty of its form, with larger 18-inch wheels and lower suspension.”

Great Marques: Aston Martin –1961 Aston Martin DB4 Series II
Dedicated to the very best of Aston Martin, this class is crowned by an early, very rare left-hand-drive, matching numbers DB4, which recently emerged from long-term storage in the USA. Its slumber lasted until late-2018, when the current owner bought it. An 18-month full restoration at Thornley Kelham followed. It carries the appealing styling cues of the second series of the model, with its large hood scoop and ‘cathedral’ rear lights. Only 351 of these were built.

Great Marques: Lamborghini – 1977 Lamborghini Silhouette
A whole class of Lamborghinis is best exemplified by the lesser-known Silhouette; both the first open Lamborghini and the rarest classic model. Only 54 were made between 1976-’79. Designed by Gandini of Bertone, it’s an evolution of the Urraco. Lamborghini was bankrupt at the time and buyers did not know if their car would be built – let alone the company still be around – so few were ordered.

Lancia Legends – 1965 Lancia Flaminia Super Sport
Once one of the world’s most innovative manufacturers, this class celebrates the brilliance of Lancia. The Flaminia succeeded the Aurelia B20GT as a development of the front-mounted V6, rear-transaxle theme. The Zagato variant delivered the most performance and arguably the most desirable styling. The final iteration was the 152bhp 2.8-litre Super Sport, of which only 150 examples were produced. This Super Sport was subject to a Thornley Kelham concours-winning, two-year, full nut-and-bolt restoration.

Convertibles: The Golden Era – 1965 Porsche 356 BT5 Roadster
The 1960s was the zenith of convertible design, giving birth to countless automotive icons. This 356 Roadster, chassis no. 87241, was delivered new to Australia – one of only nine right-hand-drive examples brought into the country by Norman Hamilton & Co. This is a rare car, as only 11 BT5 Roadsters were built in RHD form.

The Lost Marques – 1976 Bizzarrini P538
Not every car manufacturer stands the test of time, but nearly all of them have made an indelible mark on the industry. This class celebrates those manufacturers, featuring the Bizzarrini P538. Giotto Bizzarrini has long been recognized as a pivotal figure in 1960s sports car engineering. In 1963, Bizzarrini began building cars under his own name. For the 24 Hours of Le Mans in 1966, Bizzarrini entered a brand-new spider penned by Giugiaro and equipped with a Chevrolet V8 – the P538.

Speed of Sand – 1930 Ford Model A Tudor Sedan
Paying homage to the hot rods of Pendine Sands, this class features the likes of this rodded Model A Tudor Sedan. Its roof has been chopped four inches and a 1932 Coupe screen surround grafted in, giving a unique look. The body sits on a ’32 chassis, and the 1960 Buick 6.6-litre ‘nailhead’ V8 has been upgraded with a dual four-barrel inlet manifold and Edelbrock 650cfm carbs.

A line-up of major manufacturers and specialist dealers, including Jaguar Classic, Lotus Cars, Alpine, Foskers and Argent Timeless will also be showcasing some of their latest vehicles, meaning as well as admiring the rarest cars in the world, you could even walk away with one of your own.

As well as the automotive displays, visitors will be able to browse a number of other luxury attractions, including the world-class watches of Montres Breguet, fine displays of art and a number of top-end food and drink offerings, delivered by Searcys and Veuve Clicquot champagne.

Andrew Evans, London Concours Director, said: “In what’s been a difficult year for all of us, we’re so happy to be able to bring together this incredible collection of cars for our visitors. This line-up would stand its ground against any automotive event the world over and, when paired with the beautiful historic setting they’re displayed in, it creates one of the most enticing days out in the whole of the UK. Thanks to our partners, including our Presenting Partner, Montres Breguet, and the thousands who have already bought tickets we’re able to deliver some much-needed escapism for the nation.”

The London Concours has now increased its venue space at The HAC by more than a third, taking the total space to 20,000 sq/m. Combined with a limit on the number of people allowed in the venue at any one time, the event will offer visitors more space to enjoy the content than ever before.