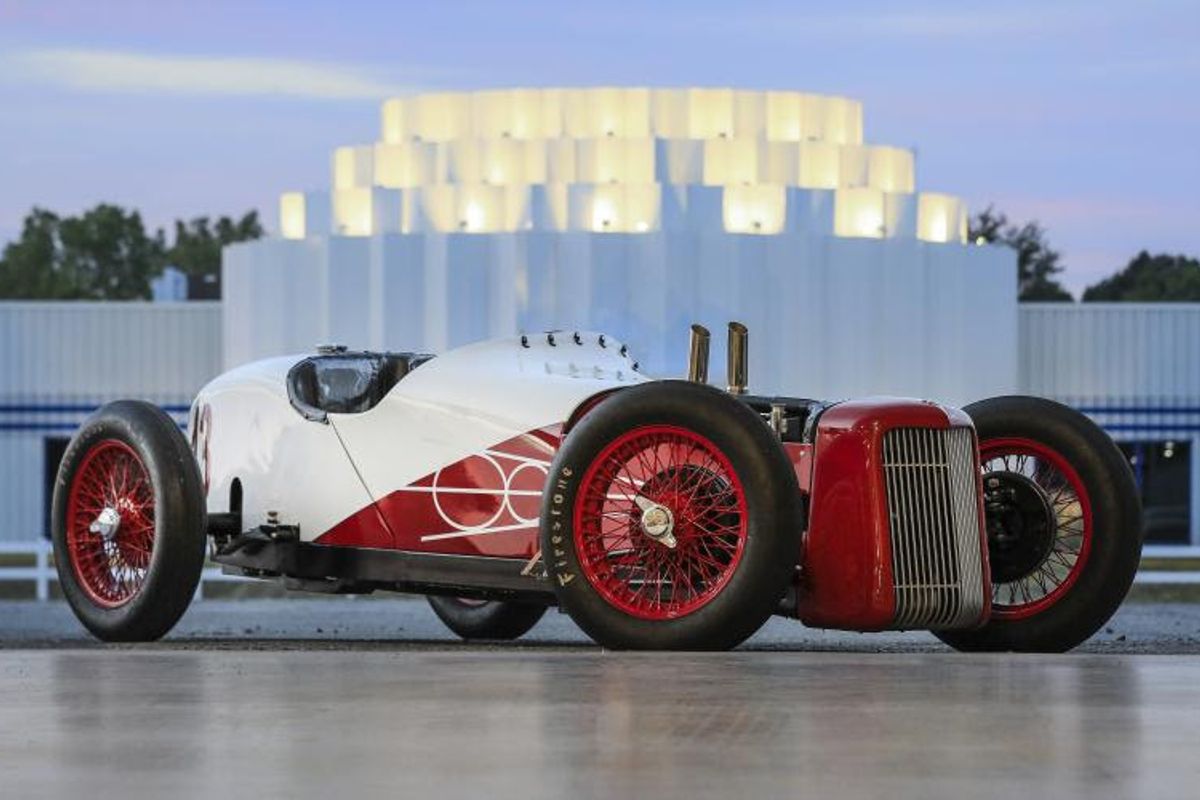 Marking a long-awaited return to racing, the Ford Motor Company teamed up in 1935 with famed engine builder and constructor Harry Miller to create a team of 10 Ford V-8-powered cars for the Indianapolis 500, with the deal brokered by team manager Preston Tucker, the visionary who later produced the revolutionary 1948 Tucker automobile. The Miller-Ford cars featured an advanced front-wheel drivetrain with a reverse-mounted, 21-stud Ford Flathead engine, fully independent suspension and aerodynamic bodies. At the race, nine Ford V-8-powered Millers arrived late, just four qualified and none finished. All suffered the same design flaw – the steering boxes were installed so closely to the engine blocks of each car that the gears expanded and 'locked up' as engine heat rose, eventually making the steering too difficult for the drivers to turn at speed.

Henry Ford was so incensed by the high-profile debacle that the cars were placed into storage; however, a few were campaigned by privateer teams during the latter 1930s and later with Winfield and Novi power until the last attempt at Indy made with a car based on the original 1935 Miller-Ford chassis was made in 1950. The 1935 Miller-Fords also marked the last appearance by a Ford-powered car at Indianapolis until the advent of the revolutionary rear-engine Lotus-Ford cars in 1962.

While their competition careers were not ultimately successful, the promise of the 1935 Miller-Fords, their rarity and famous provenance have conferred significant valuations on the surviving examples ever since. Given their historical significance and scarcity, quality recreations enjoy high status among collectors and enthusiasts of Indy lore. They are also accepted at the famous Miller meet held each spring at the Milwaukee Mile in Wisconsin, providing an excellent opportunity to enjoy them as originally intended.

This painstakingly crafted tribute of the legendary 1935 Miller-Ford Indianapolis 500 cars is a highly accurate example, built with rear-wheel drive for simplicity and ease of maintenance. It rides on a complete custom chassis fabricated at “Pete and Jakes” hot rod shop located in Kansas City, Missouri and features power by a period Ford Flathead V-8 engine equipped with a full-race cam and dual carburetors mounting velocity stacks. The sleek body was fashioned of fiberglass by Vintage Fabrication to the specifications of the original cars and carries the racing number 43 and period livery of Indy legend Ted Horn, one of the 1935 Miller-Ford drivers. It is eligble for many events and shows throughout the world. Beautiful and usable, this example offers the best of both worlds as a tribute to the Miller Indy racing legacy.