Coachbuilt Bentleys at Gooding's Passion of a Lifetime auction 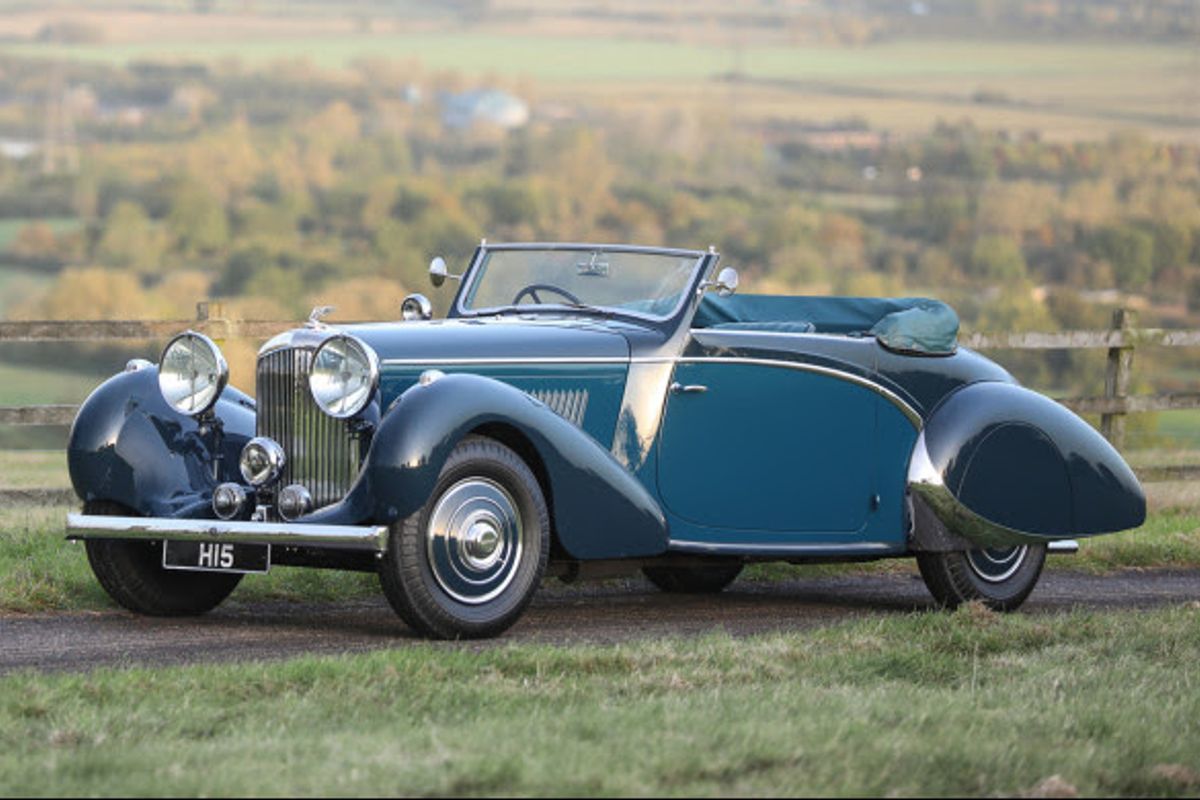 This lot is UK registered and has a DVLA-issued V5C.

Launched at the 1933 Olympia Motor Show, the resurrection of the Bentley nameplate, now under Rolls-Royce ownership, introduced the world to the “Silent Sports Car.” The Derby Bentley evolved throughout its seven-year production run, beginning with the 3 1/2 Litre and culminating with the refined 4 1/4 Litre. The final 200 chassis, designated by MR and MX suffixes, incorporated numerous mechanical improvements, most notably a gearbox with overdrive. Although several European coachbuilders created bodies for the Derby Bentley, the most successful, both in terms of quantity built and aesthetic brilliance, was the celebrated firm Carrosserie Vanvooren. Without question, the most beautiful and desirable of all Vanvooren-bodied Bentleys are the two cabriolets built on the ultimate MR-series 4 1/4 Litre chassis: B124 MR and this car, B160 MR.

In January 1939, Etablissements André Pisart, the official Bentley agent in Brussels, Belgium, placed the order for this elegant 4 1/4 Litre on behalf of its first owner, Joseph Blondeau. Later owned by noted English collectors Ivor Silverstone and Sir Evelyn de Rothschild, who entrusted it to marque specialist Alpine Eagle for a comprehensive restoration, the Vanvooren Cabriolet was acquired by the current owner in 2003. In his hands, the coachwork has been refinished in two shades of blue, highlighting its exceptional lines while honoring the car’s distinctly French character. A potential contender for top honors at concours d’elegance and a prewar touring car par excellence, B160 MR showcases a unique marriage between the ultimate 4 1/4 Litre chassis and exotic Parisian coachwork.

Click here to view more vehicles from this auction