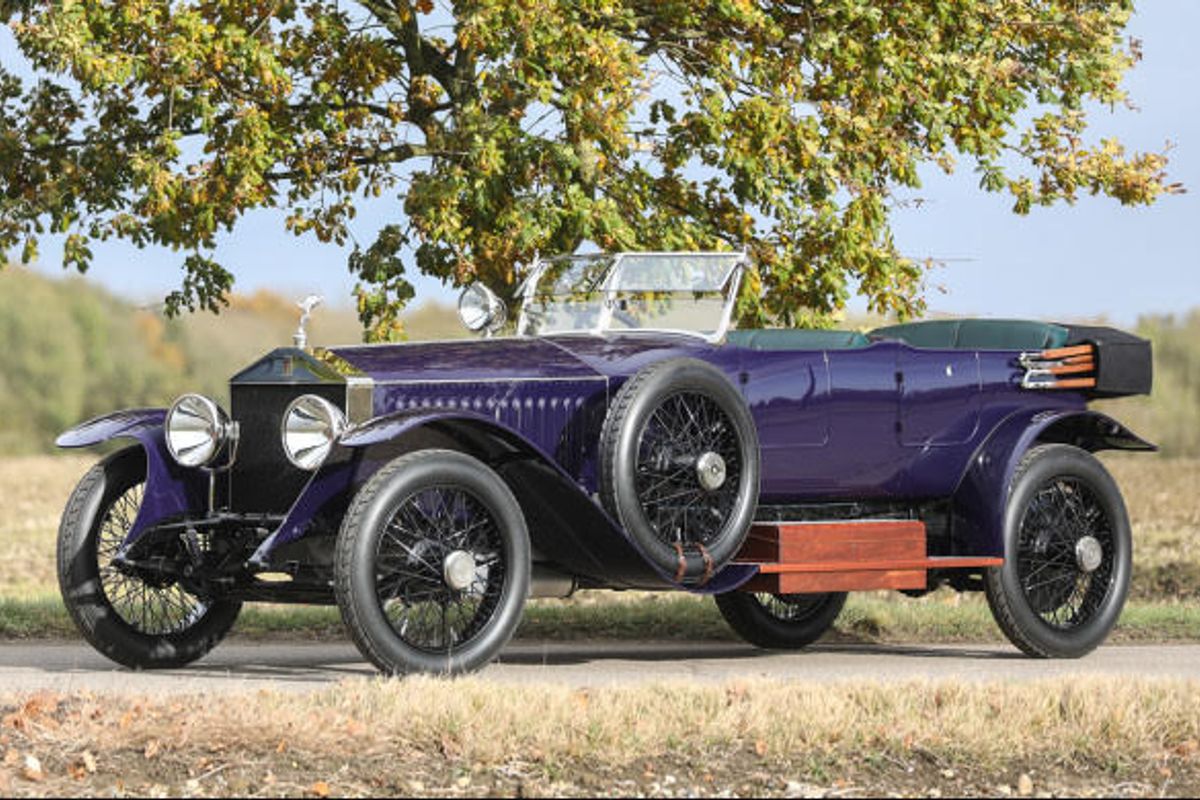 In series production from 1907 through 1926, the 40/50 HP was, in keeping with Henry Royce’s perfectionist ethos, continuously refined throughout its extraordinary two-decade run. To honor their near-perfect performance in the 1913 Alpine Trial, Rolls-Royce offered duplicates of their team cars called Alpine Eagles. An improved version of the already outstanding London-to-Edinburgh model, the Alpine Eagle benefited from all the design changes brought into production along with a new four-speed gearbox and aluminum pistons, as used on the victorious trials cars.

This particular Silver Ghost, chassis 24LW, is a prime example of the highly sought-after Alpine Eagle. As noted in the factory’s build records, this chassis was ordered for the Paris branch of Rolls-Royce and was specially equipped with an optional short-throw lever gearbox, D-type steering rake, nickel fittings, and French chassis plate. Originally bodied by Million-Guiet, the Alpine Eagle was delivered to Diego Pons, a prominent Uruguayan politician, winemaker, and ambassador to the Holy See in the Vatican. In the current ownership, the Silver Ghost has been treated to a complete show-quality restoration carried out by marque expert P & A Wood and master craftsman Steve Penny. Combining fascinating international provenance with a stellar restoration, this magnificent Alpine Eagle is among the most exciting examples of the model that established Rolls-Royce’s reputation as “The Best Car in the World.”