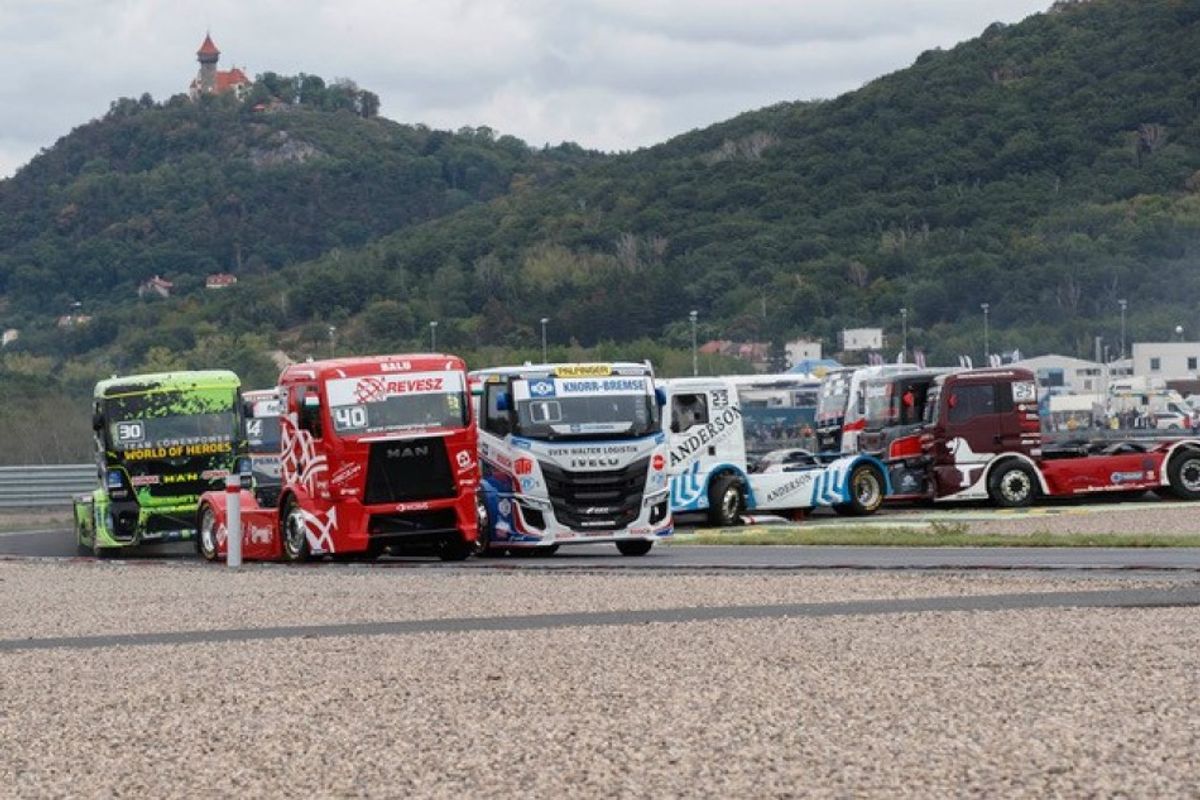 The 2020 FIA European Truck Racing Championship season got underway at the Autodrom Most this weekend, with Norbert Kiss, Adam Lacko and Sascha Lenz each taking a win.

Norbert Kiss kicked off his first season with his new Révész Truck Racing Team and MAN truck with an impressive performance on track, setting the fastest times in all practice sessions and qualifying on Saturday to claim the first pole of the season.

The race had to be red-flagged after Anthony Janiec’s yellow MAN suffered a technical failure and had to retire his truck on the first lap.

After the race got underway again, Norbert Kiss pulled away from the field, took a comfortable lead and crossed the line nearly 9 seconds clear of the field.

Behind Kiss, a race-long battle developed between Jochen Hahn and Sascha Lenz, who kept the pressure on Hahn. Despite his greatest efforts he couldn’t make his way past his fellow countryman and eventually finished third with the pair only being 0.5 seconds apart.

FIA ETRC new-comer and youngest driver on the grid, Aliyyah Koloc gave an impressive debut on her first outing, with a second place in the Promoter’s cup and strong eight place finish overall.

Adam Lacko delighted his home crowd when he took a tight victory over Sascha Lenz in Race 2 at Most.

Lacko took over the lead in the early stages of the race and withstood the pressure from Sascha Lenz to take his first victory of the season in his home race.

Norbert Kiss worked his way up the field and joined Lacko and Lenz in the top group. He put the pressure on the German but couldn’t find a way past him. Kiss crossed the finish line in third but received a 10-second time penalty for speeding which put him in sixth position in the final standings and Jochen Hahn inherited his place on the podium.

Sascha Lenz took his first victory of the season in a challenging third race at Most on Sunday afternoon that saw a two-hour break due to heavy rain.

Hungarian driver Norbert Kiss took his second pole of the weekend in a dry Super Pole session, however the rain soon hit the track and Race 3 was started under yellow flags.

The weather conditions got worse and the race was red-flagged on lap 3 after several trucks struggled for grip and went off track.

The race resumed after nearly two hours, with the line-up determined by the driver’s position on track in the lap before the race was red-flagged.

Norbert Kiss lead the field under yellow flag into the shortened 9-lap race and pulled away from Lenz. Lenz and Lacko stayed closely together and the Czech racer tried to get past the German.

Leader Kiss ran into trouble in the closing stages when his left front break disc broke and he had to slow down. Lenz as well as Lacko went past with the German taking the checkered flag.

The fourth race of the weekend was cancelled due to the late finishing of Race 3 and dark conditions.