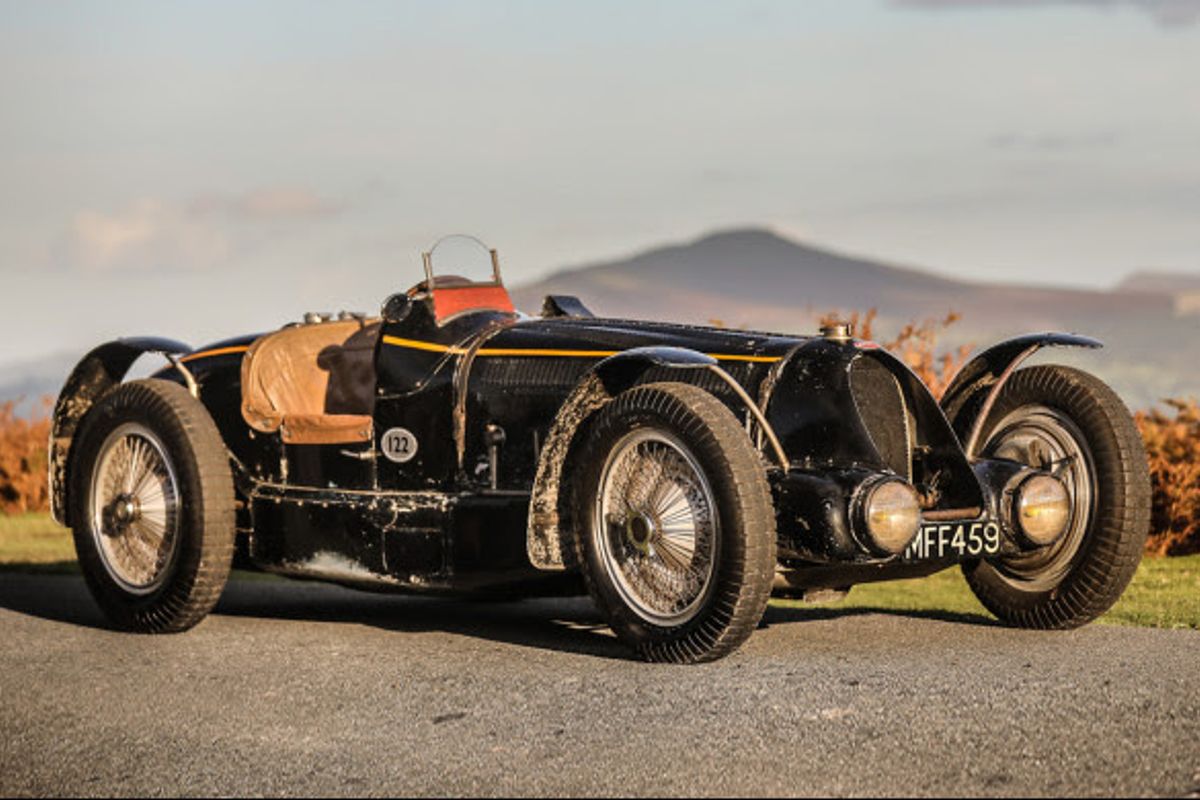 The Ultimate Bugatti Grand Prix Car: The Incomparable Type 59
Campaigned as a Works Grand Prix Car During the 1934–1935 Seasons
Converted to Sports Car Configuration and Raced with Success in 1937
Extraordinary Provenance Dating to King Leopold III of Belgium
One of the Most Significant and Original Competition Bugattis Extant

The ultimate evolution of the Bugatti Grand Prix car, the mythical Type 59 is both a technical marvel and a masterpiece of industrial art – a model considered by many to be the most elegant prewar racing car. Debuted in late 1933, the Type 59 featured a supercharged straight-eight engine, sophisticated de Ram shock absorbers, and mesmerizing piano-wire wheels, an ingenious design that could have only come from Molsheim.

This Type 59, fitted with engine no. 5, was initially part of the Bugatti works Grand Prix team during the 1934–1935 seasons. Primarily driven by René Dreyfus, it achieved impressive results including 3rd Place at the Monaco Grand Prix and an outright win at the Belgian Grand Prix at Spa. After withdrawing from Grand Prix racing, Bugatti developed this Type 59 for sports car events, removing its supercharger, fitting a new dry sump gearbox, revising the chassis and bodywork, and giving it the identity of chassis 57248. In the hands of Jean-Pierre Wimille, the Type 59 Sports became the fastest sports car in France, dominating its rivals during the 1937 season. The following year, it was repainted black and sold to King Leopold III of Belgium, one of Bugatti’s most important patrons. Carefully preserved by just four subsequent owners, and presented today in time-warp condition, 57248 is arguably the most important, original, and coveted of all competition Bugattis.