20-car grid for GT4 European Series at the Nürburgring 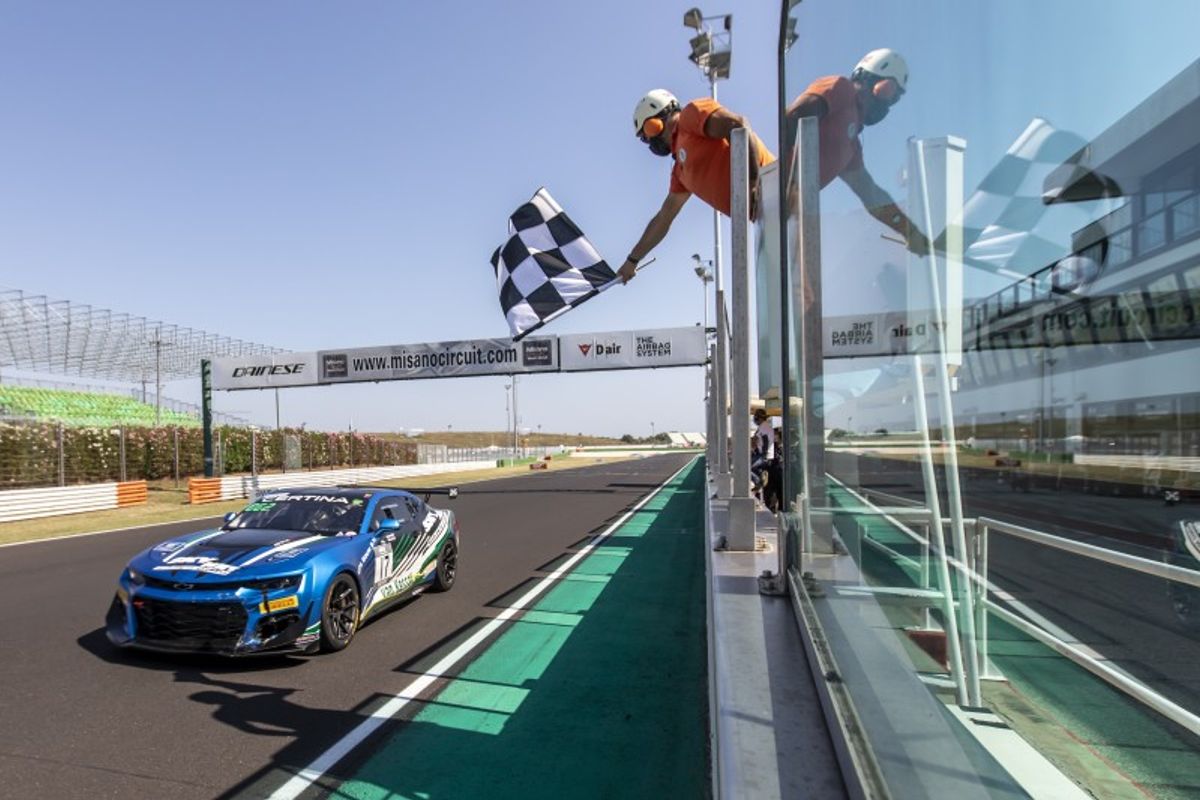 After two Italian rounds and a one-month break, the GT4 European Series returns to action at the Nürburgring this weekend (4-6 September). During the past three seasons the circuit in the Eifel hosted the season finale in September, this year the championship will return to the German venue for the third round of the season.

The GT4 European Series will race on the 5.137 km Grand Prix version of the Nürburgring with its variety of different corners and long fast straights. A 20-car field is set to compete in Germany this weekend: nine cars have been entered in the Silver Cup, five in Pro-Am and six cars are set to compete in the Am class.

Dörr Motorsport will make its GT4 European Series debut at the Nürburgring. The Frankfurt am Main-based team will enter one of its McLaren 570S GT4s for Phil Dörr and Aleksey Sizov in the Silver Cup. V8 Racing’s second Chevrolet Camaro GT4.R brings the total number of cars entered this weekend at 20. Driving the American muscle car will be former GT4 European Series Pro-Am champion Duncan Huisman and Jorge Cabezas.

Gabriele Piana and Bas Schouten are the GT4 European Series Silver Cup leaders after four rounds and the RN Vision STS pair will feel confident ahead of the third round of the season. RN Vision STS won its class in three of the four previous races at the Nürburgring and the #111 BMW M4 GT4 finished in the top three of all four races this season.

Their main challengers could well be AGS Events drivers Valentin Hasse-Clot and Theo Nouet, who claimed their first win of the season in the second race at Misano. The gap between first and second in the championship is still only 20 points and another top result for the AGS Events Aston Martin could spice things up for the remainder of the season.

Dutch youngsters Thijmen Nabuurs and Jop Rappange impressed at Misano and could benefit from the addition of the second V8 Racing Chevrolet Camaro GT4.R at the Nürburgring for Huisman and Cabezas. Nabuurs and Rappange took their first podium finishes of the season at Misano and are ready for more.

CMR’s two Toyota GR Supra GT4s will compete in what is essentially a home race. The cars were built in Cologne, just 90 km north of the Nürburgring, and the French squad will do its best to put in a strong performance on what is only the third GT4 European Series weekend for the new Japanese GT4. Dörr Motorsport’s McLaren completes the Silver Cup at the Nürburgring.

After four races three teams are evenly matched in the Pro-Am class and consistency is key in the title fight. Borusan Otomotiv’s Yagiz Gedik and Cem Bölükbasi and Allied-Racing’s Nicolaj Møller-Madsen and Jörg Viebahn have 73 points and one win each, while Bastian Buus and Jan Kasperlik in the second Allied-Racing entry have 72 points and two wins.

Last year’s Nürburgring AM class winners Jean-Luc Behets and Johan Vannerum will return this weekend and will do their utmost to keep AGS Events’ Nicolas Gomar and Gilles Vannelet from scoring their second win of the season. The French crew currently leads the AM championship with 71 points. Behets and Vannerum’s main rival could come from within their own team, with Misano double race winner Bob Herber set to race the #31 Mercedes-AMG GT4 again at the Nürburgring.

Autorlando Sport's Giuseppe Ghezzi, currently second in the championship, will have a new teammate this weekend. Dutch driver Christian Menno de Kant is set to join him in the #76 Autorlando Sport Porsche, while Dario Baruchelli will share the team's second Porsche with Dario Cerati.

After being ruled out at the very last minute in Misano, Hasan Tansu is set to make his GT4 European Series debut at the Nürburgring, alongside Ibrahim Okyay in the #13 Borusan Otomotiv Motorsport BMW.

Track action for the GT4 European Series at the Nürburgring gets underway on Friday 4 September with free practice 1 at 10.55, followed by a second practice session at 14.15. The qualifying session for the two races in Germany begins at 11.10 on Saturday, with the opening race scheduled to start at 16.35 that afternoon. Race two will follow on Sunday morning at 8.55.