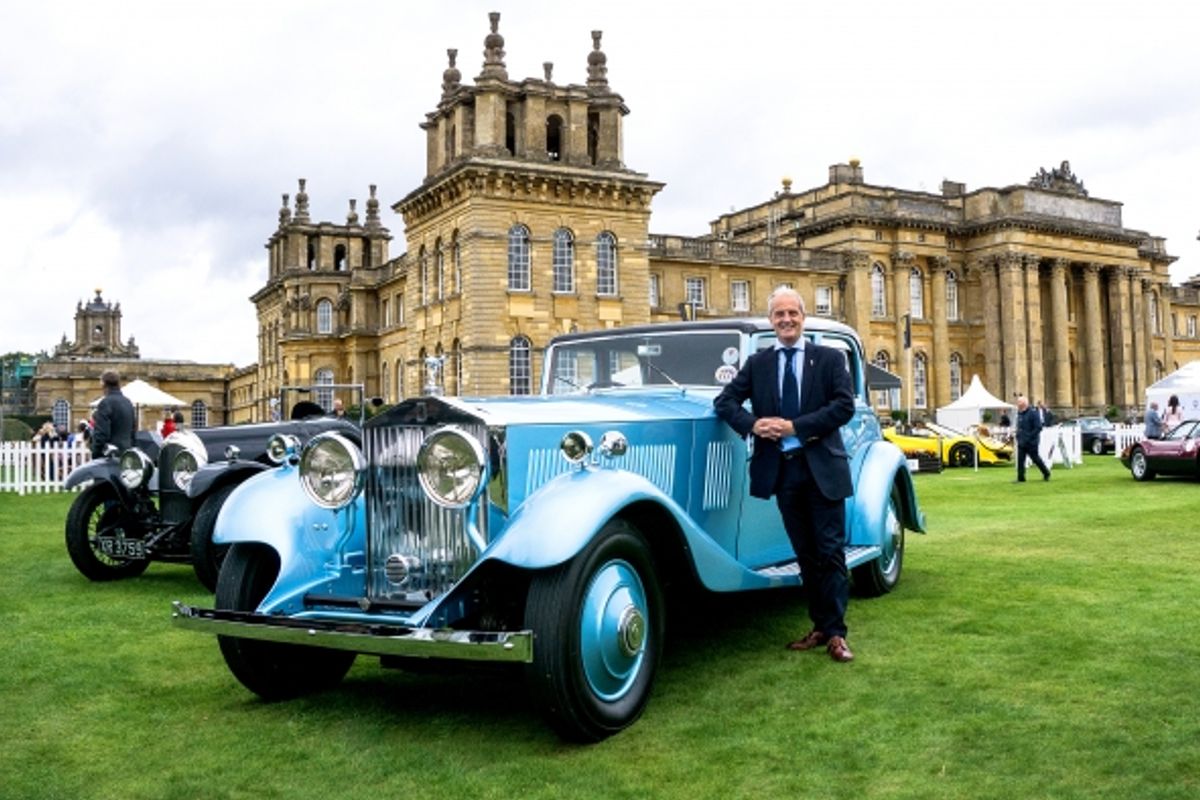 This year’s Salon Privé Week attracted some of the world’s greatest cars to the magnificent grounds of Blenheim Palace from 22-26 September, including a record number of entries for the prestigious Concours d’Elégance presented by AXA. Adhering to the ethos of ‘Coming Together, Keeping apart’, safety was paramount – robust COVID-19 Secure systems were put in place that went beyond government guidelines to include the pioneering introduction of the CI Group’s Liber track and trace app.

Salon Privé was the first automotive event in the world to use Liber, which has been developed for major event organisers to ensure that everyone who attended was COVID-19 free before they entered and could be contacted if necessary afterwards.

The week got under way with a new VIP Media Day on 22 September with some of the world’s greatest brands choosing Salon Privé and Blenheim Palace as the perfect venue at which to unveil their latest models. Bentley hosted a trio of global premieres courtesy of its in-house bespoke and personal commissioning division – Bentley Mulliner. The Classic division unveiled its recently restored 1929 Blower, the Coachbuilt division gave its first car – the Bacalar – its public debut, and the Collections portfolio presented its brand-new Continental GT Mulliner coupé.

The European debuts at Blenheim Palace covered a wide variety of performance cars, including the TDF1 from British brand Tour-de-Force, the all-electric Aspark Owl hypercar, and the remarkable PAL-V flying car.

Rolls-Royce gave UK enthusiasts their first sight of the Ghost – the most technologically advanced model ever built by the marque – and Koenigsegg did likewise with the Gemera, a four-seat hypercar that’s described as the world’s first ‘mega GT’. Bugatti’s Chiron Super Sport 300+ prototype made its first UK public appearance since Andy Wallace drove it to a new production-car speed record of 490.484kph (304.773mph), and Italian coachbuilder ARES DESIGN chose Salon Privé for the UK debut of no fewer than four hand-built vehicles. Its Bentley Mulsanne Coupé was joined by the Panther ProgettoUno and a pair of two-wheelers – the Café Racer and Scrambler. Morgan Motor Company presented a quartet of models which included the first UK showing of the new Plus Four and MAT (Manifattura Automobili Torino) proudly presented their Stratos, a modern-day homage to the fabled multi-Rally winning car of the 70s.

The Concours d’Elégance presented by AXA dominated proceedings on Wednesday and attracted a record number of entries. An ex-Scuderia Ferrari Alfa Romeo 8C 2300 Monza Spider by Zagato that was raced in period by Tazio Nuvolari claimed the coveted Best of Show Award, while Class Winners included a 1988 Porsche 962 and a 1974 Alfa Romeo Tipo 33 TT12 in the new Milestones of Endurance Racing Classes.

Other highlights included the winner of the Most Exceptional Coachwork award – an ex-Sir Malcolm Campbell 1933 Rolls-Royce Phantom II Continental Touring Saloon that was making its final appearance in the UK before heading to India, where Yohan Poonawalla will house it in the prestigious YZP Collection & Museum. Campbell’s grandson, Don Wales, was at Blenheim Palace to meet its new owner and bid farewell to the car.

New for this year was an award for Most Exceptional Design. Named in honour of Sir Winston Churchill, who was born at Blenheim Palace, the ‘Churchill Cup’ was judged by some of the most respected automotive designers in the world and was presented to a 1936 Lancia Astura Pinin Farina ‘Bocca’ Cabriolet.

Marek Reichman, Executive Vice President and Chief Creative Officer Aston Martin, said: “It was an extremely difficult choice with an outstanding field to judge, but after many discussions and deliberations the Lancia came through with a majority vote. The ‘Bocca’ Pinin Farina-styled cabriolet is an incredibly elegant and wonderfully proportioned car, with each element in harmony. The exquisite detailing and imagination on the interior made it a clear victor. A truly remarkable car and a very worthy winner.”

After the style and fashion of Thursday’s Ladies’ Day by Boodles, Friday was dedicated to the Salon Privé Masters by Pirelli and Lockton. This year’s event was a celebration of the supercar and its evolution from the Lamborghini Miura of the 1960s to the engineering masterpieces of the 21st century; class winners included a 1995 McLaren F1 and a 2009 Bugatti Veyron.

The Duke of Marlborough Award went to a 1987 Lotus Esprit Turbo HC, and the Owners’ Choice was selected not by a panel of judges, but by the entrants themselves with the honours going to a spectacular 1979 BMW M1, one of the rarest BMW production cars ever built fitted with Procar-style bodywork. This particular example was owned new by Franz Farian founding member and the voice behind the 1970s pop group and disco sensation ‘Boney M’.

Wrapping up the week on Saturday was the hotly anticipated Salon Privé Classic & Supercar day, tickets for which sold out within a record seven minutes of going on sale! More than 1100 cars took part in a procession into the grounds of Blenheim Palace, with models new and old on display from Aston Martin, Bentley, Ferrari, Jaguar, Lamborghini, Maserati, McLaren and Porsche. The keenly contested Salon Privé Club Trophy was awarded to a beautiful 1972 Lamborghini Miura SV bought brand new from the factory by musician Rod Stewart. It has the split sump, air-con, blue leather interior and recording cassette deck, so that Rod could hum and record melodies to take to the studio. The car is featured in his autobiography.

Andrew Bagley, Chairman of Salon Privé, said: “My brother David and I would like to thank our Patron, His Grace The Duke of Marlborough, the Blenheim Palace Operations Team, our incredible sponsors, automotive exhibitors, caterers, suppliers and our superb Salon Privé team for staging a world-class event in the most difficult of times. With an event 45% larger in physical size than last year, and some 93 entries in the Concours d’Elégance by AXA versus 61 last year, Salon Privé was able to raise its game this year beyond our wildest dreams. We’re very much looking forward to returning to the lawns of Blenheim Palace in 2021 on our traditional earlier dates of 1-4 September.”