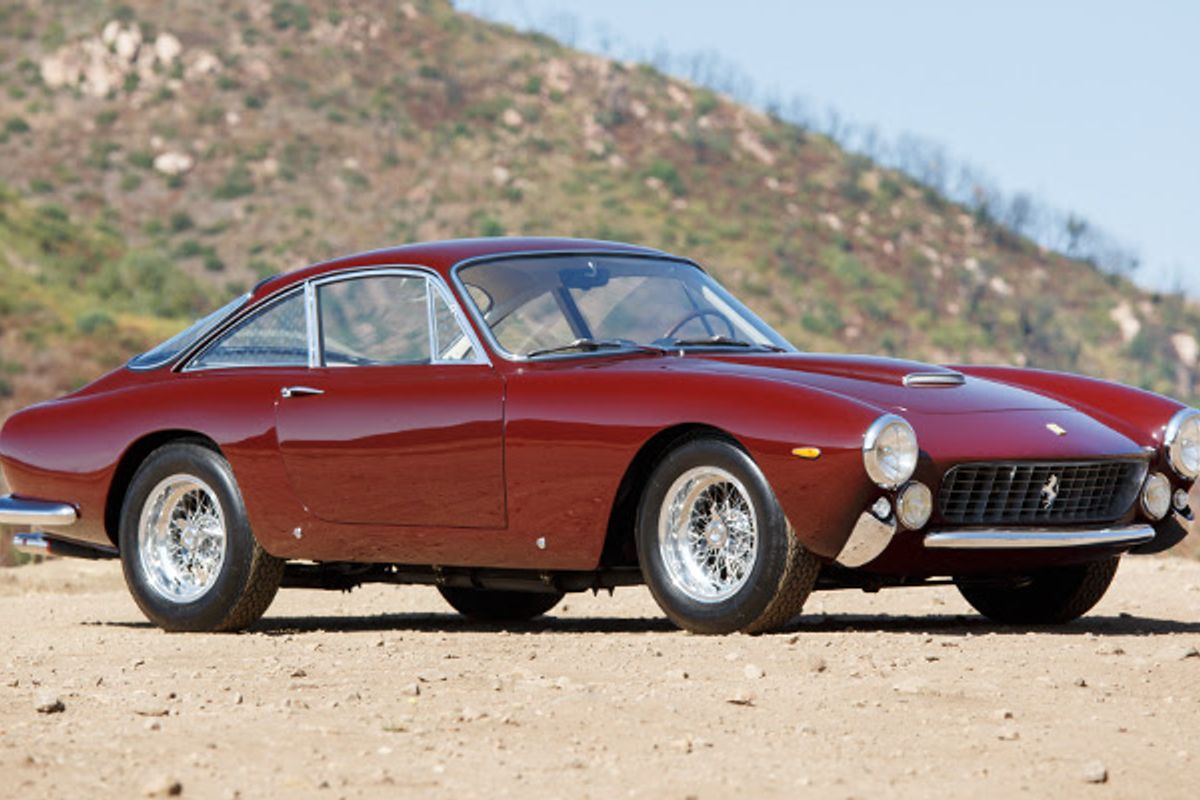 Gooding & Company, the auction house revered for selling the world’s most desirable and prized Ferraris, is proud to reveal a striking roster of significant and highly original Italian-designed sports cars at the company’s Geared Online auction to be held October 26-30. The auction house’s online only auction series will complement the company’s live auction events and offer a selection of reserve and no reserve lots, providing a superb array of automotive brilliance for every level of collector.

Gooding & Company will house all vehicles and automobilia included in the online auction within one accessible location, providing the unique ability to offer on-site inspections for interested bidders and to engage with the available lots on behalf of buyers and sellers. The auction house invites you to speak with a Gooding & Company staff member for more information on how to consign for the upcoming sales.

Regarded as an automotive great from the outset, the 250 GT Lusso has always been one of the most desirable road-going Ferraris. As the last production 250 GT model, the Lusso was the culmination of a decade of steady chassis development and benefited from a rugged yet compliant suspension, four-wheel Dunlop disc brakes, and Ferrari’s brilliant three-liter V-12. Though the Lusso was designed for sophisticated grand touring use, more adventurous owners demonstrated its motor-sport heritage with successful outings at the Targa Florio, the Tour de France, and the Spa sports car races.

The Lusso’s exquisite coachwork, designed by Battista “Pinin” Farina and constructed by Carrozzeria Scaglietti, has always received great acclaim. Just 350 of these elegant Ferraris were built between 1963 and 1964. Their splendid design, outstanding driving experience, and association with some of the most glamorous personalities of the 1960s have contributed to their revered status among collectors and aficionados.

This 250 GT Lusso, chassis 5931 GT, is among the very last of the 350 examples built and was delivered new to US distributor Luigi Chinetti Motors in New York. According to the research of Ferrari historian Marcel Massini, this Lusso remained in the hands of East Coast collectors for decades, and has recently benefited from a comprehensive restoration performed by noted marque specialist Fast Cars of Redondo Beach, California. Presented today in superb condition and retaining its matching-numbers engine, this Lusso is handsomely finished in a distinctive period-correct color scheme of Amaranto over beige leather. Not exhibited since its restoration was completed, this Lusso would be a perfect entry into exclusive concours d’elegance shows and Ferrari Club of America events.

The 575M debuted in 2002 with an enlarged 5.75-liter engine, delivering even greater performance than its 550 Maranello predecessor. Although the updated model heralded Ferrari’s first road application of its race-derived F1 paddle-shift gearbox with a V-12 engine, the most sought-after examples are the 246 cars delivered with the traditional gated six-speed manual gearbox.

This 2005 Ferrari 575M is a true collector-grade example, as it is equipped with the ultra-desirable six-speed manual gearbox, ‘Fiorano’ Handling Package, and desirable options like Daytona-style seats and Scuderia shields. Delivered new to Texas and finished in the striking color combination of Titanium over Beige leather, this Ferrari remains in pristine original condition, with its odometer showing less than 10,000 miles from new.

Ideally specified with the most coveted equipment and offered with its original books and tools, this six-speed 575M represents a rare opportunity for discerning collectors to acquire what is widely regarded as the ultimate modern-day Ferrari GT machine.

In 1969, Ferrari updated the groundbreaking mid-engine Dino 206 GT with a larger engine and a number of subtle coachwork revisions, resulting in the 246 GT. Almost 2,500 examples were built over the next five years in three discrete series, the last of which – the Tipo E – went into production in mid-1971. The 246 GT featured seat-mounted headrests, relocated rear deck lid releases and door locks, short glove box doors, and shallow passenger footwells.

The Tipo E example, chassis 03392, was equipped and completed by the factory in February 1972 as an original US-specification example. Presented today in the classic color combination of Rosso Corsa over beige leather, this Dino GT is in excellent condition and is accompanied by its handbooks and tool roll. Quite simply, this is a stunning example of one of Ferrari’s most enduring sports car designs.