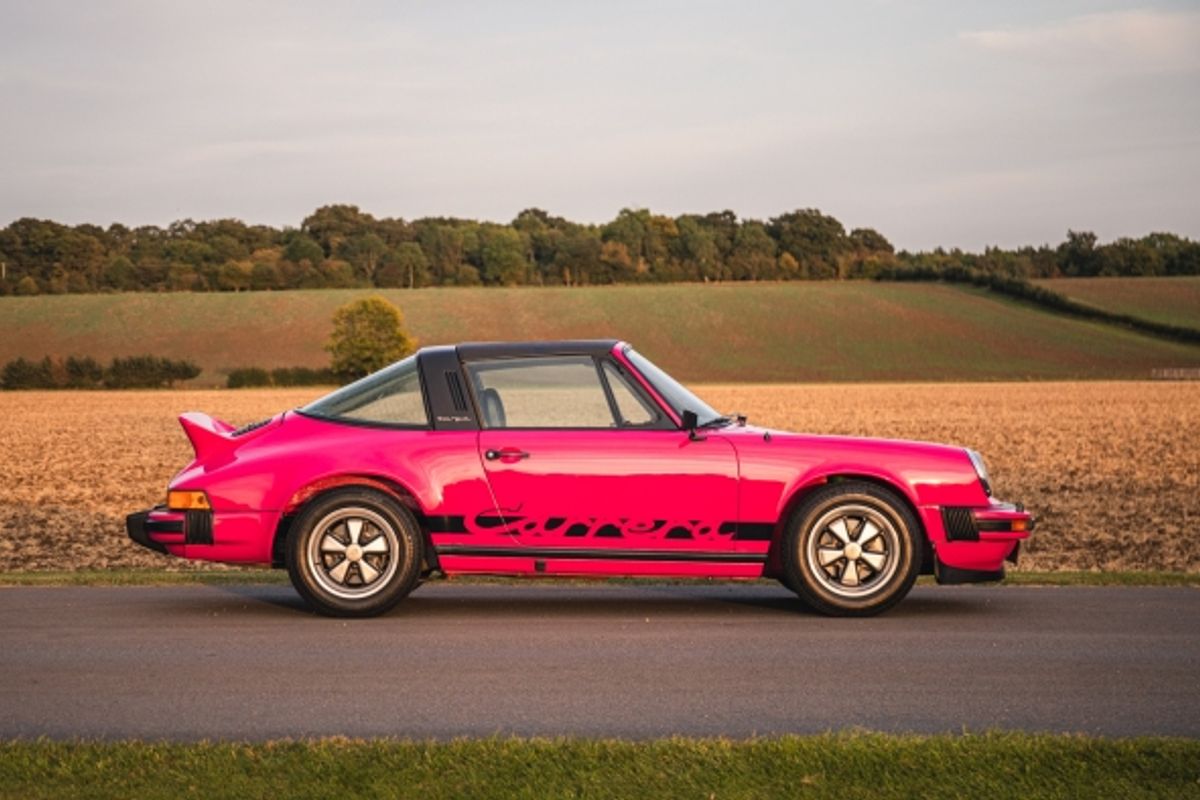 Stoneleigh Park confirmed as location for viewings prior to auction weekend
Silverstone Auctions catalogue for The NEC Classic Live Online Auction is rapidly building, with a number of exceptional Porsches forming part of the line-up.

Harry Whale, Silverstone Auctions Sales Manager commented, “Porsche are a firm favourite in all of our auctions and this year we have achieved some great results for the marque. We are delighted to have a number of superb Porsche examples in our final sale of the year, which will take place over two days on 13th and 14th November”.

One of the stand outs has to be the Speed Yellow 1996 Porsche 911 (993) Carrera RS. The left-hand drive, 3.8-litre, French-market car was imported into the UK in 1999 and has had just two owners since its arrival. Fitted with the Clubsport Aero kit, the car is a matching numbers engine/gearbox and remains in standard factory specification. This is a fantastic opportunity to own a legendary modern classic which has covered just 34,267 miles (55,148km) from new.

Another striking Porsche which will cross the block next month is one of just 42 of its kind, a 1974 Porsche 911 Carrera 2.7 Targa (MFI), and this particular car is one of only two to be finished in Magenta (Karminrot 009). Having had a comprehensive restoration in the 90’s, a successful 20-year Concours career followed, and it became well known due to its accomplishments. Well maintained and superbly presented, this is a special car and not to be missed.

Harry continued “We are pleased to say that we are once again able to offer buyers the chance to view the cars in person, prior to the auction weekend. The response we had to this in our last two live online auctions was fantastic, with bidders attending their pre-booked appointments and following social distancing guidelines”.

“For this sale, the viewings will take place at Stoneleigh Park in Warwickshire. This is a fantastic venue, centrally located in the country which can be easily accessed and with plenty of space for our customers to inspect the cars safely. Viewings will be available from 2nd – 12th November and the appointment system allows us to manage how many people we have in attendance at one time. To make your appointment, please contact the team on 01926 691141”.

With just one owner from new and only 30,168 miles, the 1989 Porsche 911 Carrera SSE Targa is a superb example. Believed to be one of 651 that were UK-supplied, this right-hand drive was one of the later cars fitted with the five-speed G50 Getrag gearbox. In remarkable condition both inside and out, this is a collectable classic and another great Porsche that will be offered next month.

An extremely rare manual gearbox 1988 Porsche 928 S4 will also be going under the hammer, and with just 10,325 miles from new, this is an unrepeatable opportunity. Previously recommissioned to a high standard by Hexagon Classics, it has had just two registered keepers and is supplied with a Certificate of Authenticity. Likely to be the best example of its kind on the market today!