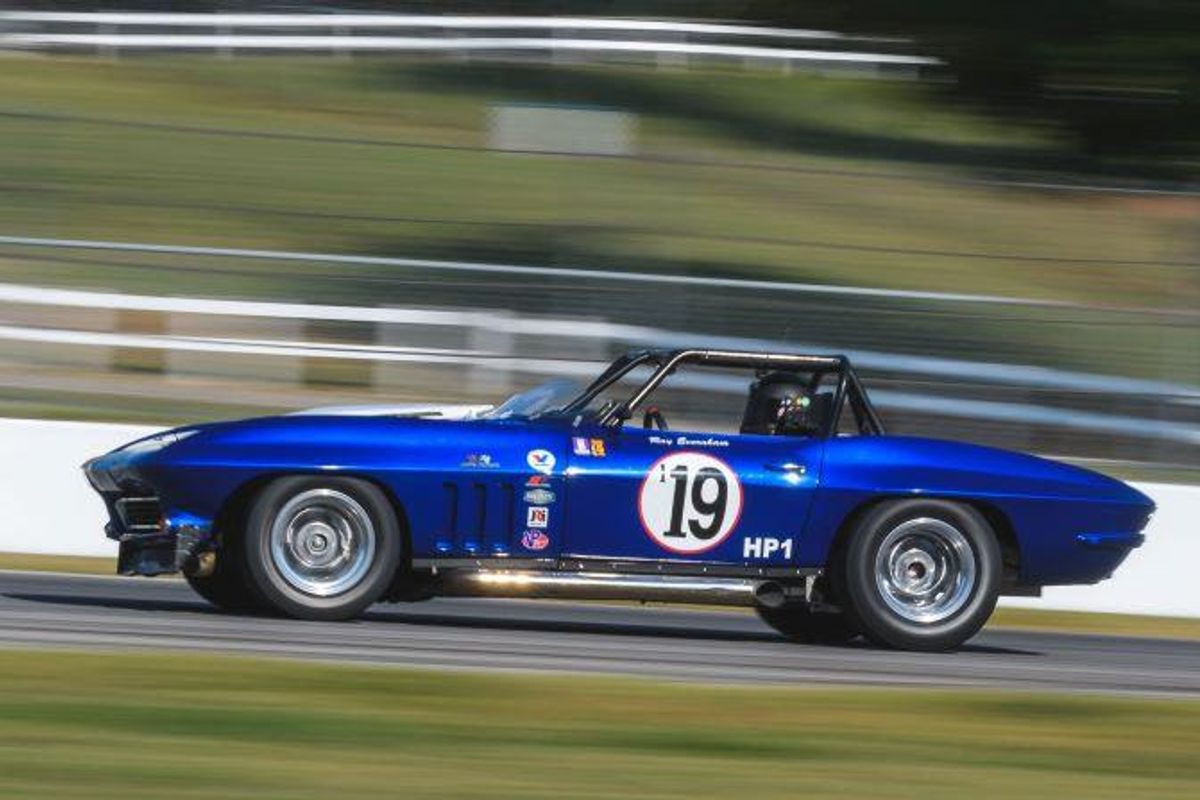 The full weekend of competition on the 2.54-mile road course North of Atlanta kicks-off a three-race stretch featuring some of HSR's most popular events and venues that are favorites of race fans and competitors alike from around the world.

It all starts next weekend in Georgia, however, where on-track competitor battles will be renewed and off-track camaraderie rekindled after HSR paused its 2020 racing schedule for more than half a year in support of the global fight against COVID-19.

After returning to the track for the first time in 2020 last month at Road America in a guest appearance with the VSCDA, the Fall Historics is the first traditional and fully HSR sanctioned event of the year, and competitors have enthusiastically responded.

The current entry list of more than 175 cars is nearly twice the size of last year's Fall Historics field and promises a weekend of HSR racing not to be missed.

Among the drivers returning to the 2.54-mile Michelin Raceway Road Atlanta is NASCAR legend Bill Elliott. "Awesome Bill from Dawsonville" was inducted into the Motorsports Hall of Fame of America (MSHFA) in 2007 and the NASCAR Hall of Fame in 2015, but he has continued his winning ways on track in HSR the last few seasons.

Elliott's entry for this year's Fall Historics is a NASCAR-spec 2014 Camaro carrying his trademark No. 9.

Evernham, the winning NASCAR crew chief, team owner and innovator who was a short track driver early in his career, is also set to return to HSR competition at the Fall Historics. The 2018 NASCAR Hall of Fame inductee is entered in a pair of Corvettes, including the 1965 No. 19 roadster Elliott won in last year and a 2011 No. 9 Corvette C6.  Evernham is also listed as a co-driver with Dave Roberts in a 2013 Audi R8 LMS GT3.

The one-hour B.R.M. Enduros are home to specific and period-matching groups of race cars. Saturday's Vintage and GT Classic (GTC) race features a variety of cars from the 1960s and '70s while Sunday's Historic, Prototype and GT Modern (GTM) B.R.M. race is home to race cars from primarily this century.

Friday's Sasco Sports race is a production-car showcase of big-bore American iron going head-to-head with top sports cars from Europe and beyond. The flat-out sprint has competitors racing for the overall win in addition to top-three honors in the International, American and Porsche classes.

In addition to weekend spectator tickets, camping is available and a great trackside way to take in all of the HSR racing action. COVID-19 social distancing rules and CDC recommended safety guidelines will be mandatory for all spectators and participants throughout the HSR Fall Historics weekend. For complete ticket and camping options, please click here for HSRTickets.com.