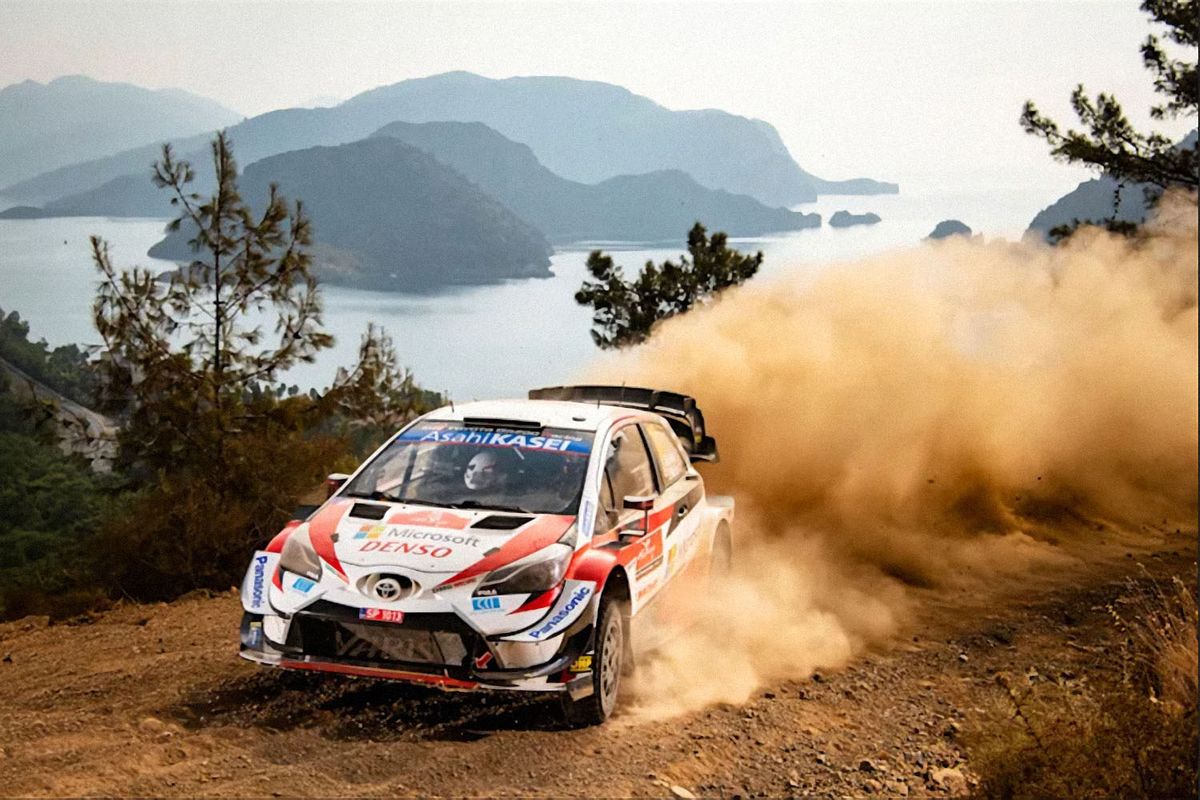 Championship frontrunner unfazed by being the man to beat in Italy.

Elfyn Evans is adamant his position at the top of the FIA World Rally Championship will not affect his approach to Rally Italia Sardegna (8 - 11 October).

The Welshman opened an 18-point lead over Toyota Gazoo Racing team-mate Sébastien Ogier when becoming the first driver to win twice this year in Turkey last month. He insists he won’t be distracted by the biggest margin enjoyed by the series leader this season.

“Anything can happen between now and the end of the season. One retirement and the whole thing is on its head again. I’m not thinking about it,” said the Toyota Yaris driver, who also won in Sweden in February and is hunting a maiden world title

“Ultimately, it’s better to be out front than behind, but all I’m thinking about right now is the next rally. All I can do is look at the event that’s in front of me. That’s Sardinia this week,” added Evans, who made his debut at the highest level there as a late replacement in 2013.

After being postponed from June due to Covid-19, this sixth round is staged in the autumn for the first time since 2012. It means cooler temperatures and possible rain, but the narrow and sandy gravel roads are likely to be as rocky and rutted as normal on the second pass.

Ogier’s test last week provided valuable insight into what might lie ahead on the Mediterranean holiday island.

“We had some heavy rain showers and the conditions on the stage changed completely in just a few minutes,” he explained. The Frenchman, along with Evans and Kalle Rovanperä, will defend Toyota’s nine-point manufacturers’ championship lead over Hyundai Motorsport.

The Korean squad fields a strong line-up that boasts three Italy wins in the past four years. Ott Tänak slipped 27 points behind Evans after retiring his i20 car in Turkey and the 2017 winner cannot afford to concede further ground in his bid to defend the world title.

Team-mate Thierry Neuville is five points adrift of the Estonian, who is tied on points with Rovanperä. The Belgian won in 2016 and 2018 and they are joined in Hyundai’s squad by 2019 winner Dani Sordo.

Japan’s Takamoto Katsuta returns after missing Turkey in a fourth Yaris, while French youngster Pierre-Louis Loubet drives a privately-entered i20.