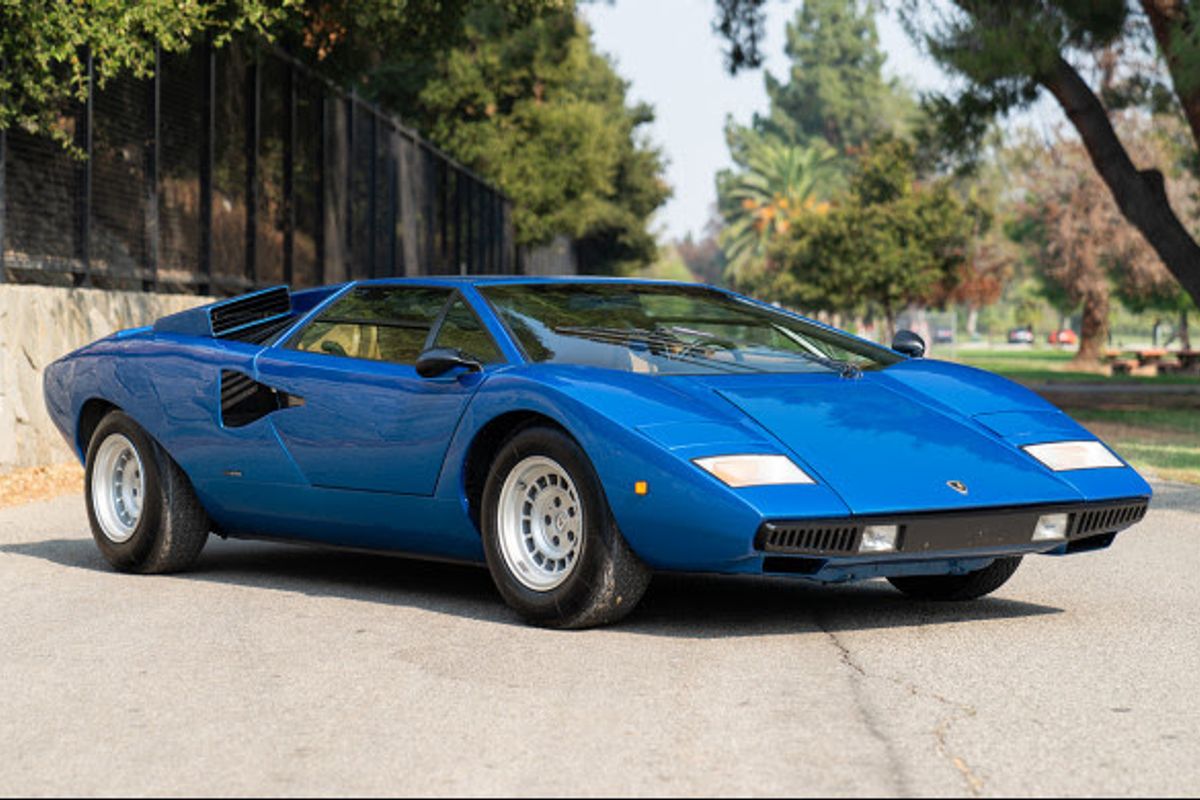 Out of the many lightning bolts thrown by a young Marcello Gandini during his tenure at Carrozzeria Bertone, the Lamborghini Countach LP400 ‘Periscopica’ defined many precepts of the mid-engine exotic car.

The successor to the legendary Miura P400, the LP400 Countach was unveiled in prototype form at the 1973 Geneva Auto Show and entered production the following year. Featuring scissor doors, origami-like bodywork, a periscope-style rearview mirror, and Lamborghini’s robust four-liter V-12, the original Countach is the definitive Italian supercar of the 1970s.

One of only 158 Countach LP400 ‘Periscopicas’ ever made, chassis 1120064 is presented here in its striking original Blu Metallizzato livery.

One of two examples sold to Saudi Arabia in 1975, this early-production Countach was later owned by collectors in Germany and Italy before settling with its current owner in the US. Rarely seen on the open market, the LP400 is deserving of a place in any lineup of iconic sports cars.

This example, with its matching-numbers engine and fascinating provenance, represents an exciting opportunity for discerning collectors.