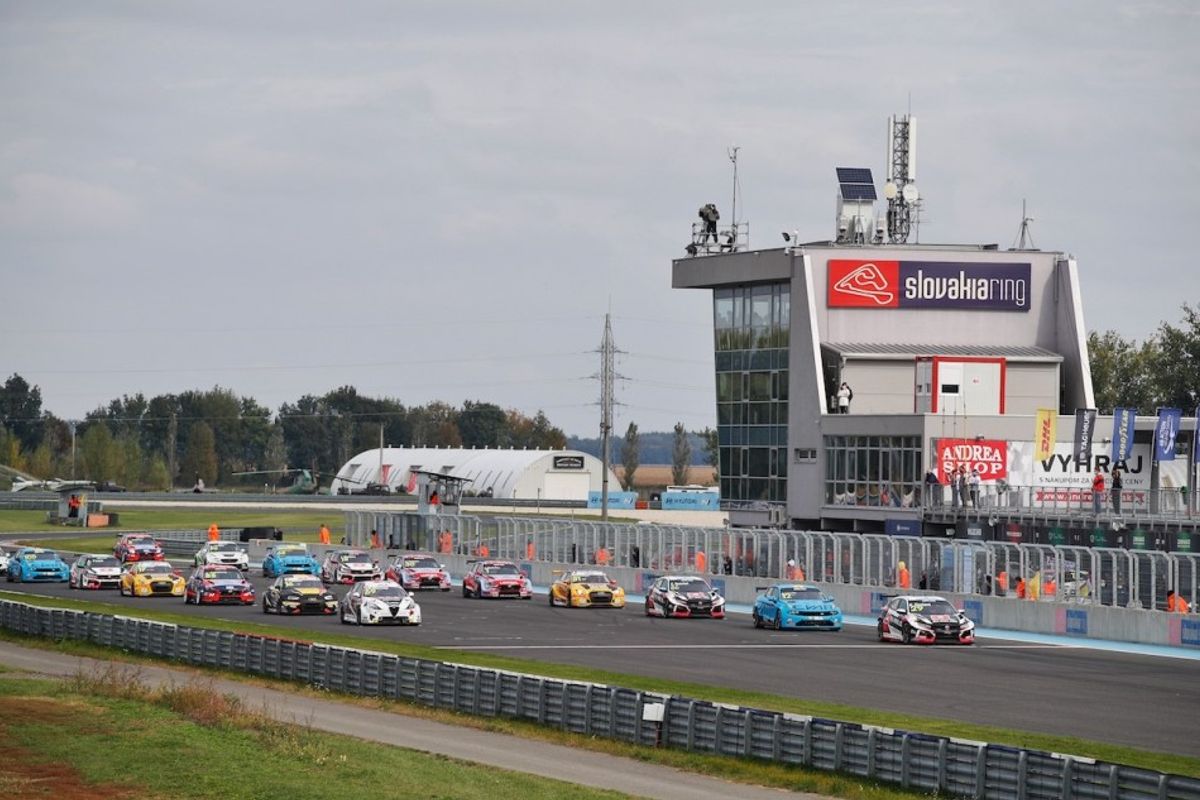 Coronel, in a Comtoyou DHL Team Audi Sport Audi RS 3 LMS, made a great start from seventh on the grid to rise to second place on the opening lap, then took the lead from Esteban Guerrieri’s ALL-INKL.COM Münnich Motorsport Honda Civic Type R TCR through Slovakia Ring's long right-hander at the end of the lap.

On the last lap, Girolami was nudged into a big accidident when Jean-Karl Vernay was unable to avoid making contact with the rear of the Honda, which was sent hard into a barrier. Girolami escaped from the impact uninjured but was taken to the circuit medical centre for mandatory checks.

“I knew I had a chance, we have always been fast here,” said Coronel, who last won a race at world level in 2016. “I knew I had to manage the tyres. Finally! You are always working for this, we have a good car and we have done the testing – and it was time.”

On his pass for the lead, he said: “I saw the gap and boom! It is what we are always fighting for. I had a mega start, then I was on the grass!”

Girolami started from the DHL Pole Position and his task appeared to have been made easier before the action began when fellow front-row man Luca Filippi hit trouble. A clutch failure meant his Team Mulsanne Alfa Romeo Giulietta Veloce TCR by Romeo Ferraris had to be pushed off the grid and the Italian was forced to sit out the race.

From the start, Girolami swept right to take the inside line, but had not made a fast getaway. At the corner, second-row starters Santiago Urrutia and Jean-Karl Vernay made contact, Urrutia running wide into the gravel and dropped down to P17. The incident allowed Guerrieri to get a strong run on the outside line and he led from fifth on the grid. Coronel had also benefitted and was up to second from seventh on the grid, ahead of Gilles Magnus and Girolami, who had further contact with Vernay later on in the opening lap. Vernay was now eighth.

Then a safety car interruption was triggered as four cars ran side by side. Attila Tassi’s Honda was nudged and he then clipped Gabriele Tarquini’s Hyundai, sending both into the gravel.

Racing resumed on lap five, with Guerreri leading a long train of cars. The Honda was struggling for straightline pace and Coronel took his chance when the Argentine left a gap on lap eight. As they started lap nine, Gilles Magnus slipped past the Honda for second to complete a Comtoyou one-two.

“Congratulations to all the team,” said the WTCR Rookie Driver. “We had a victory this morning with Nate [Nathanaël Berthon] and now we have a one-two. It’s not a miracle it’s down to hard work. I made a poor start, but I took some risks in the first corners and I was P3. Tom was quicker at the end and I didn’t want to attack and take any risks for the team.”

Guerrieri claimed third place, but his main concern was for his team-mate friend Girolami. “I was surprised it was such a big crash, I saw it in my mirrors,” he said. “But he’s OK. That’s the positive. As for the race, it is what it is. The other cars around us were quicker on the straights, so P3 is a good start.”

Vernay finished fourth after his incident with Girolami, the Frenchman having raised his hands in apology as the contact took place. Mikel Azcona took a remarkable fifth place for Zengő Motorsport having started his CUPRA Leon Competición in P17, ahead of the Hyundais of Nicky Catsburg and Norbert Michelisz.