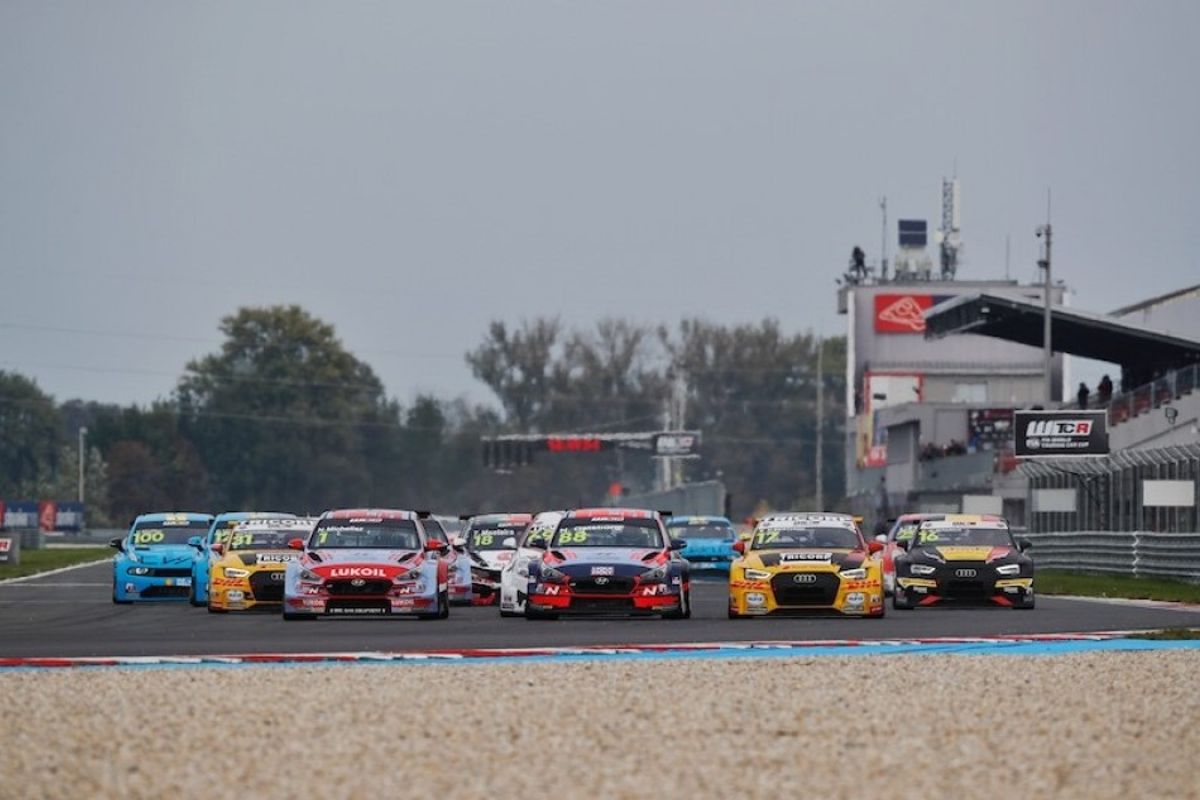 Driving an Engstler Hyundai N Liqui Moly Racing Team Hyundai i30 N TCR, Catsburg started third on the grid, but took the lead after Nathanaël Berthon, starting from the DHL Pole Position, lost out in the drag to Turn 1. Catsburg found himself side by side with Hyundai team-mate Norbert Michelisz, but the Hungarian was nudged into a half spin by Jean-Karl Vernay’s Team Mulsanne Alfa Romeo Giulietta Veloce TCR by Romeo Ferraris at Turn 2.

That left Catsburg with a clear lead he wouldn’t lose. Vernay chased him all the way to finish second following his maiden podium for Team Mulsanne and Romeo Ferraris in the opening counter. Race 1 winner Berthon finished third for Comtoyou DHL Team Audi Sport.

“It’s unbelievable,” said Catsburg, whose victory also marks a WTCR first for his Germany-based team. “We knew the car would be good if we could get in front – and it was. The start was amazing. I was able to pass Norbi and Nathanaël. I don’t know what happened to Norbi, I think he was hit from behind. Then Jean-Karl was not making mistakes, so I had to keep my foot down.”

Vernay was pleased with his “fantastic start” having started seventh on the grid. “Norbi braked 50 metres before a corner that is flat,” he said, “and unfortunately I pushed him.”

The Frenchman admitted he almost decided not to start the race following the accident for Néstor Girolami in Race 2, which was triggered by Vernay inadvertently tagging the Honda. Girolami was a non-starter for Race 3 after undergoing medical checks. “I’m not super-happy after what happened, it is not the racing I like and I don’t want to be a part of that,” Vernay said.

WTCR Rookie Driver contender Gilles Magnus finished fourth in his Comtoyou Racing Audi from fifth on the grid. Behind him, Mikel Azcona put in another stunning rise from P15 on the grid in his Zengő Motorsport CUPRA Leon Competición to finish fifth, ahead of Race 2 winner Tom Coronel, who never fully recovered from a poor start. The Dutchman had placed fourth on the grid.

Esteban Guerrieri took a hard-fought seventh place in his ALL-INKL.COM Münnich Motorsport Honda Civic Type R TCR, while Santiago Urrutia was the best of the Lynk & Co 03 TCR drivers in eighth. Urrutia had tagged Gabriele Tarquini's Hyundai on the run to Turn 1 from the start, which left the Italian crashing out for the second race in a row through no fault of his own. Luca Engstler was ninth in his Hyundai, as Michelisz recovered to complete the top 10.

Goodyear #FollowTheLeader Yann Ehrlacher salvaged more points after a difficult weekend in P11, ahead of Aurélien Comte, who rose from P18 on the grid in his Vuković Motorsport Renault Mégane RS TCR to mark his return to the WTCR with points for P12. Yvan Muller had risen as high as seventh on the first lap from P12 on the grid, but slipped to P13 at the flag.

Wildcard entry Petr Fulin was P14, but not eligible for poins, in his VEXTA DOMY CUPRA Leon Competición. Thed Björk completed the top 15 with the final point going to Gábor Kismarty-Lechner in P16.

Ehrlacher now leads Coronel by 20 points in the standings, with Girolami and Muller a further 20 points back heading to WTCR Race of Hungary next weekend.