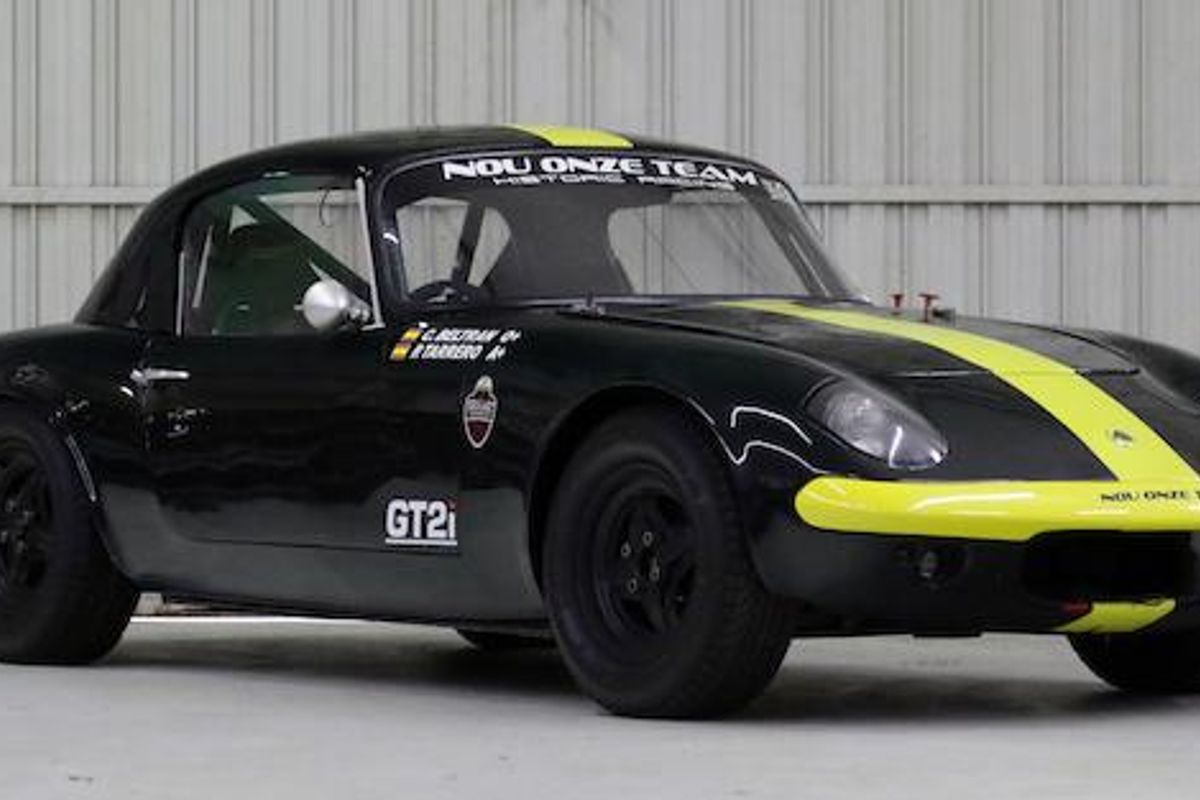 *Rebuilt in 2017
*New Tony Thomson chassis and body
*Present ownership since 2017
*Only two races since restoration
*Eligible for many prestigious events such as Le Mans Classic, Spa 6 Hours, etc

An Elite-type glassfibre monocoque having proved insufficiently rigid when applied to an open car, Lotus boss Colin Chapman devised a simple but effective steel backbone frame for the company's new Elan sports car. Launched in October 1962, the Elan was available as a complete car or a kit at reduced price. Suspension was independent all round with unequal-length wishbones at the front, with a wide-based lower wishbone and modified Chapman Strut, as used in Lotus Grand Prix cars, at the rear. Triumph Vitesse rack-and-pinion steering was used and there were Girling disc brakes all round. The Elan's engine was a highly modified 1,498cc (later 1,558cc) Ford Cortina unit incorporating Lotus's own twin-camshaft cylinder head, and both the gearbox and differential came from Ford. Introduced in November 1964, the Series 2 featured numerous detail styling changes and improved brakes.

As one would expect, given its background and specification, the Elan proved to be a highly capable circuit racer. Capitalising on the numerous successes achieved by privately entered cars, Lotus introduced their own version - the '26R' - in 1964. A stiffened chassis, up-rated suspension, wider wheels, lightweight coachwork, and a BRM-built engine were among the many features distinguishing the 26R from its road-going counterparts. Some of the top Grand Prix drivers of the day were associated with the Elan 26R including Jim Clark, Jackie Stewart, Jochen Rindt, Stirling Moss, and Jackie Oliver. In UK club racing its foremost exponent was John Miles, who won every race at the Goodwood Easter meeting in 1966 driving a Willment-entered example. The factory's record keeping was less than perfect and it is not known for certain how many 26Rs were produced, the official figures being 52 1st-series cars and 45 Series 2. Approximately 30 genuine examples are known to survive.

The vendor advises us that the 1st-series car was restored in 2017 and incorporates a new Tony Thomson chassis and body. The car was purchased in 2017 from a Portuguese driver who in his final year of ownership raced in Portugal, Spain, and at the Nürburgring in Germany. While in the vendor's hands the Elan has only completed two races in Spain and some tests. A competitive car and potential class winner in the right hands, this Elan is eligible for a wide variety of historic sports car championships as well as prestigious events like the Le Mans Classic, Spa 6 Hours, Silverstone Classic, Zandvoort Historic Grand Prix, Copenhagen Historic Grand Prix, Angoulême Circuit des Remparts, etc.