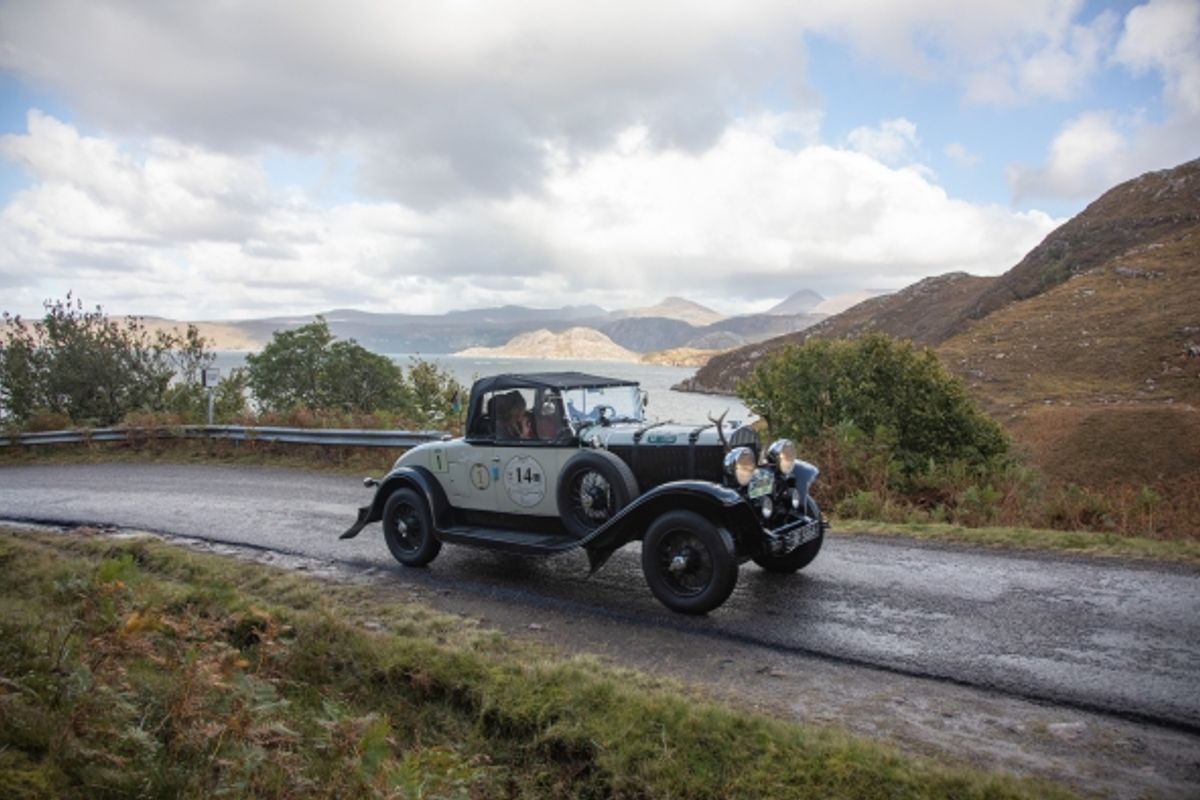 The husband and wife team of Andrew and Anne Davies drove their splendid 1929 Chrysler 75 Roadster to a convincing overall victory in Bespoke Rallies’ recent and much-anticipated Highland 1000 classic rally.

It was the very first event of its type since the national lockdown, and was achieved before Scotland was again forced to implement major restrictions, and was therefore a unique opportunity for the fun-loving motorsport fraternity to dust off their treasured cars, and briefly once again enjoy the freedom of the open road. The 1000 kilometre rally started and finished in Falkirk, the home of the extraordinary Falkirk Wheel. And, while what could have been a full capacity event was perhaps inevitably affected by COVID-inspired international travel restrictions, the nine teams that were able to participate were blessed with the best of the UK weather at the time, and revelled in clear skies, prolonged sunshine and stunning views of the incomparable West Coast of Scotland.

The event made full use of Bespoke Rallies’ proprietary Virtual Marshal system, which meant no physical officials were required – a major aid during this period of social distancing regulations. Thanks to the system, the rally ran like clockwork, despite having to cope with 60-plus time controls. The sustained series of regularity sections on this most scenic of routes were divided into three legs of c.205 miles a day.

The Mini-Cooper pairing of Edmund Peel and Sarah MacDonald were among those quick to praise the Highland 1000: “It was wonderful to get out and participate in what may be the only such rally to take place until sometime next year. The route was outstanding, with great roads and spectacular scenery, and the Bespoke Rallies team were helpful and friendly, as were the other crews. It was the breath of fresh air we needed!”

The final results for the Highland 1000 were: