Class battles for victory at 2020 Total 24 Hours of Spa 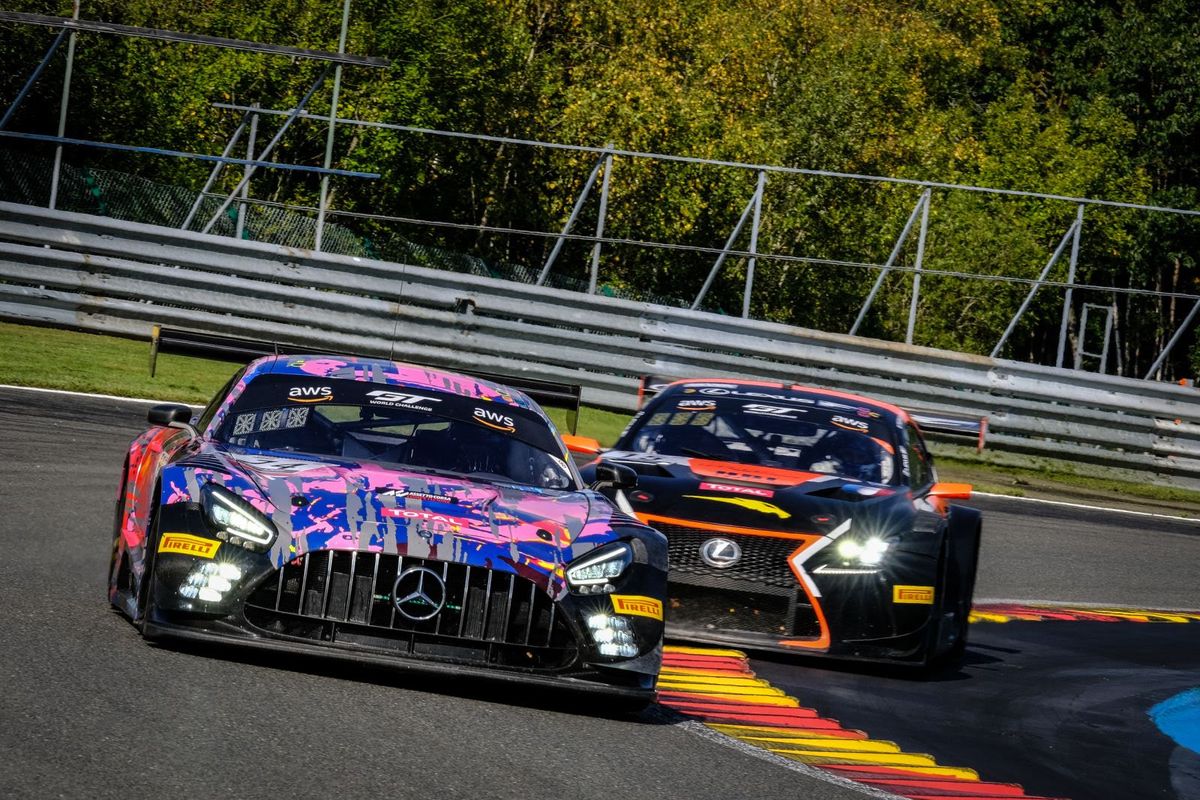 While the battle for overall honours attracts the most attention, the Total 24 Hours of Spa is very much a multi-class contest. This year’s grid is a perfect split, with 28 full-pro entries joined by another 28 competing across the Silver Cup, Pro-Am and Am Cup categories. In each case, the battle for victory is just as fierce as what you will see at the front of the field.

The opening GT World Challenge Europe Powered by AWS Endurance Cup events have highlighted two crews as leading contenders for Silver honours. Garage 59 heads to Spa with a one-point championship advantage after taking a runner-up finish at Imola and then securing victory at the Nürburgring. Their crew combines reigning Silver class winner James Pull with full-season drivers Andrew Watson and Valentin Hasse-Clot, as well as teenager Roman De Angelis. All things considered, this should be a very strong effort.

But they certainly won't have it easy. Last year’s class winner Barwell Motorsport won at Imola and finished second at the Nürburgring with its #78 Lamborghini and is generally considered a Spa specialist. Its 2020 line-up is led by Patrick Kujala, who was part of Barwell's Am Cup-winning squad in 2018 and as fast as anyone in a Lamborghini; Frederik Schandorff and Alex MacDowall add youth and experience to complete another excellent Silver line-up.

These two crews can be considered class favourites, but there will be no shortage of competition. There's another Lambo courtesy of Orange1 FFF Racing, which features a quartet of drivers aged 23 and under. Porsche will be represented by Dinamic Motorsport, which counts 2018 Silver Cup winner Andrea Rizzoli among its line-up, while the #11 Team Parker Racing squad features Bentley Motorsport Academy drivers Frank Bird, Nicolai Kjaergaard and Euan McKay, who will look to give the British brand its first class win in the Ardennes.

You also have to factor in the #15 Tech1 Lexus crew. The all-French line-up of Thomas Neubauer, Aurélien Panis and Timothé Buret is as quick as they come and will have ambitions of gatecrashing the overall top-20 in qualifying. Running smoothly for the full 24 Hours will decide whether this squad can compete for class victory.

Numerically, Mercedes-AMG leads the way with four cars. AKKA ASP is something of a Silver Cup expert, so expect the #89 crew to be in the mix despite a tough start to the Endurance Cup season. Madpanda Motorsport will make its maiden appearance in the Ardennes with a strong line-up led by team owner Ezequiel Perez Companc. Patrick Assenheimer and Ricardo Sanchez add experience, while Juuso Puhakka has impressed in the Sprint Cup.

HRT should also be a contender. The #5 AMG GT3 features the most experienced line-up in the Silver Cup class, with team owner Hubert Haupt joined by Sergey Afanasiev, Gabriele Piana and Michele Beretta. The only one-off entrant is the #84 HTP Motorsport crew, which has Indy Dontje, an expert in AMG machinery, competing alongside Phillip Ellis and Russell Ward.

Last but by no means least, a pair of Audi runners will be hoping to fight for the Silver Cup podium. The #55 Attempto Racing drivers have an average age of just 20, but their pace this year has been impressive. The #33 Belgian Audi Club Team WRT entry has faced a tough start, but the squad knows better than most how to excel in the Ardennes.

While we can use the results from Imola and the Nürburgring to pick out the Silver Cup favourites, they tell us very little about who will lead the way in Pro-Am. Why? Because six different crews have stood on the podium in the opening two races, leaving the competitive picture rather unclear. All we can say is that 12 cars will compete in the class and that pretty much any of them might end up on the top step come Sunday afternoon.

When it comes to Pro-Am, the Ferrari runners are a good place to start. The Italian marque has taken six wins from nine GT3 races at Spa and will be represented by three very strong crews this year, including two past winners.

AF Corse is always a factor in the Ardennes and the #51 line-up of Louis Machiels, Niek Hommerson and Andrea Bertolini has already won the Pro-Am class twice. They are joined by Ferrari factory ace Daniel Serra this season and have every chance of adding a third victory.

Having finished first and second in the Am Cup during the previous two seasons, Barwell Motorsport returns to Pro-Am targeting another victory. Leo Machitski continues to anchor the #77 Lamborghini alongside 2019 Silver Cup winner Sandy Mitchell and father-son duo Rob and Ricky Collard. There's another Lambo among the Pro-Am runners courtesy of Orange1 FFF Racing, which sees Luigi Moccia return to the 24 Hours after a 14-year absence.

Like the Silver Cup, Mercedes-AMG leads the way in Pro-Am with four entries. AKKA ASP will field an all-French line-up that features Jean-Luc Beaubelique, a class winner at Spa in 2011 and 2013 . At JP Motorsport, former grand prix racer Christian Klien anchors a line-up that also includes Mathias Lauda.

SPS Automotive Performance has something of a transatlantic feel: Valentin Pierburg and Dominik Baumann represent Europe, while George Kurtz and Colin Braun fly the American flag. RAM Racing will field its full-season AMG GT3, which runs in a distinctive livery created by the Czech artist Michal Skapa.

Speaking of distinctive liveries, they don't come much brighter than the Boutsen Ginion Racing BMW, which will compete in a stunning 'art car' colour scheme created by Peter Halley. One of just two local teams on the grid, the Wavre-based squad will fly the Belgian flag in spectacular fashion this year.

Porsche machinery is always a factor in the Pro-Am class and few teams know the 911 GT3-R better than Herberth Motorsport. On the driving front, twin brothers Robert and Alfred Renauer will represent German outfit for the third time in four years. Finally, another of the favourites for Pro-Am honours: Garage 59. The British squad brings its full-season line-up of Alexander West, Chris Goodwin and Jonny Adam, who will be joined in the #188 Aston Martin by 2016 Total 24 Hours of Spa winner Maxime Martin. With two factory drivers on board, this is a serious contender.

A quartet of Am Cup cars will complete the 2020 grid. The #26 Sainteloc Racing Audi includes the vastly experienced Pierre Yves Paque, while emerging talent Steven Palette joins as the designated Silver driver. Raton Racing will field a Lamborghini that features Stefano Costantini and Christophe Lenz, both of whom were part of the same crew in 2019.

Herberth Motorsport will add a Porsche that includes gentlemen racers Jürgen Häring and Dimitrios Konstantinou, who first ran the 24 Hours together in 2009 and clinched GT3 class honours the following. Finally, French outfit CMR adds an extra Bentley into the mix. This line-up is anchored by Spa legend Stéphane Lemeret, who made his debut in the Ardennes in 1996 and was a Pro-Am class winner as recently as 2015.

With each class sure to provide its fair share of heartbreak and glory, this year’s Total 24 Hours of Spa promises to be another gripping contest from start to finish. Whether it’s the battle for overall victory or the race for class honours.