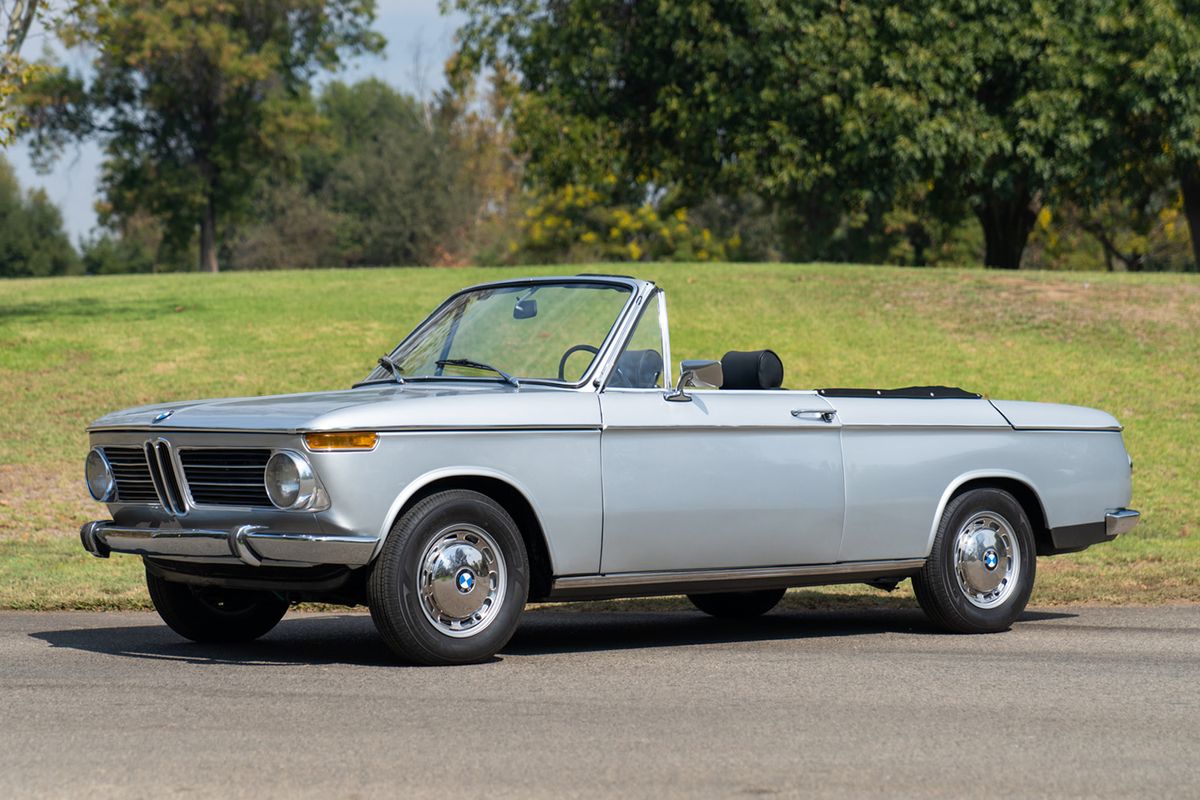 Among the Rarest and Most Collectible of BMW’s 02 Series
One of Just 1,682 Examples Built over a Five-Year Run
Recipient of over $30,000 in Recent Restorative Work
Attractively Finished in Silver Metallic with Black Vinyl Upholstery and Canvas Top
Perhaps the Ultimate Sunday Driving Machine

Building on the success of the Neue Klasse sedans, which BMW debuted to great acclaim in 1962, the 02 series cars that followed were smaller, more affordable, and inherently sportier due to their two-door designs. The 1600 and its offspring, that would evolve into the lauded 2002, achieved levels of success the BMW company had never known. Over 860,000 of the 02 series cars would be built throughout its decade-long run, including low-production variants such as the Baur Targa, Touring hatchback, 2002 Turbo, and the seldom-seen 1600 Cabriolet. Fewer than 1,700 examples of the 1600-2 and 1602 Cabriolet were constructed by Karosserie Baur between 1967 and 1971.

This Polaris Silver 1600-2 Cabriolet, built in late 1970, was sold through Düsseldorf dealer Philipp Müller in June of the following year, and it was soon imported to France. It is believed that French authorities over-stamped the engine number with a French-series VIN upon its importation, however the original engine number is still visible underneath the stamping. The Cabriolet remained under French ownership until 1983, when documents show that it was imported to South Africa, where it remained until its export to the US in 2015.

In the care of the consignor, the 1600-2 received a California Clean Air Board exemption, was registered in California, and was the subject of a considerable refurbishment earlier in 2020 totaling over $33,000. A detailed invoice, which accompanies the sale, includes new paint, chrome, convertible top and boot, plus attention to the engine compartment, interior, and trunk, as well as a complete service. The results of the work are clearly evident throughout the car. With so few produced, and far fewer surviving today, this lovely 1600-2 Cabriolet is at once among the rarest BMWs of the past 60 years, and one of the most enjoyable.