Toyota and Porsche on pole for WEC finale in Bahrain 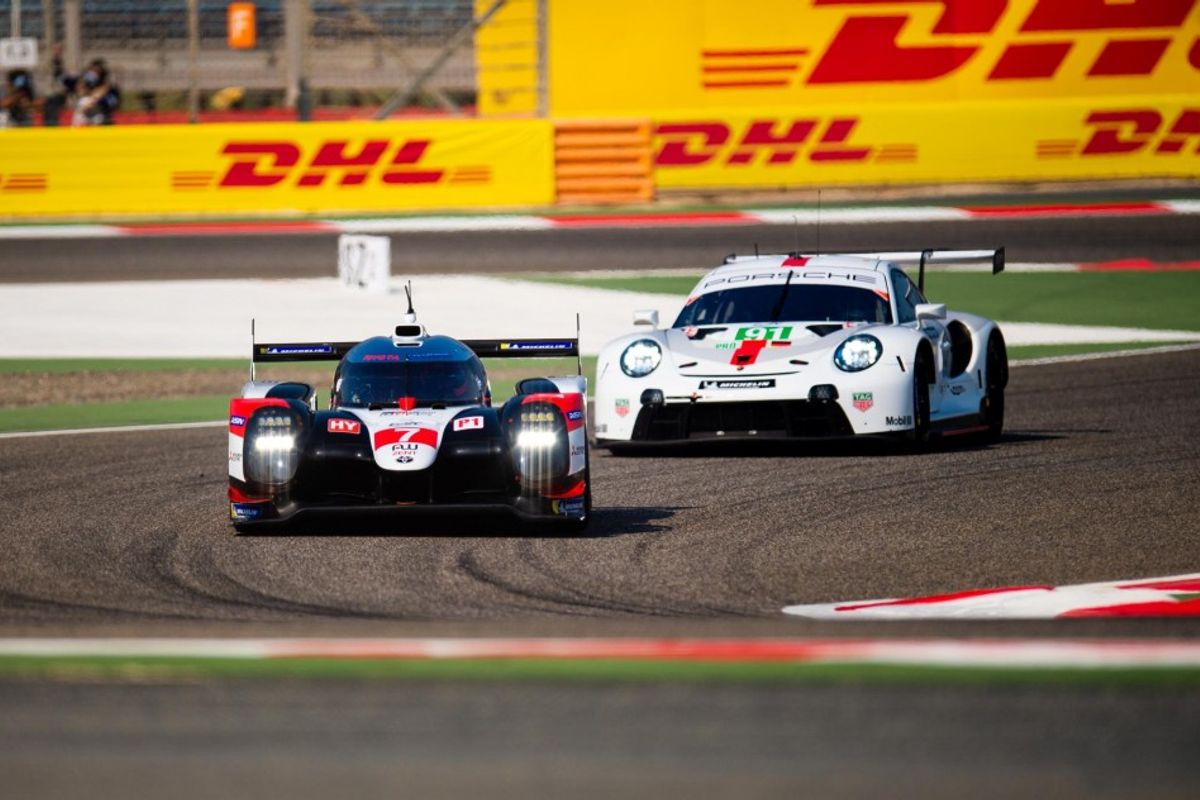 The no7 Toyota Gazoo Racing TS050-Hybrid will start the 8 Hours of Bahrain, Round 8 of the 2019/20 FIA World Endurance Championship on pole position.  In the 20-minute session Jose Maria Lopez and Mike Conway set an average lap of 1m40.114, 0.751s ahead of the championship leaders Brendon Hartley and Kazuki Nakajima in the no8 Toyota.

The LMP2 class will be headed by the no22 United Autosports Oreca-Gibson for the fourth time this season, with Paul Di Resta and Phil Hanson’s average lap of 1m47.440 nearly six tenths ahead if the no37 Jackie Chan DC Racing Oreca of Will Stevens and Gary Aubry.

PORSCHE AND ASTON MARTIN CLAIM EXTRA POINT IN BAHRAIN
The pole position for the LMGTE classes were claimed by Porsche with the no92 911 RSR and the no98 Aston Martin claiming pole for the LMGTE Am class.

Kevin Estre and Michael Christensen will start tomorrow’s 8 Hours of Bahrain on the front row of the GTE grid, just 16 thousandths of a second ahead of championship leaders Nicki Thiim and Marco Sorensen.  At the end of the session the no95 crew were on provisional pole but, after a review of the deleted laps for track limits, the stewards reinstated a deleted lap for the no92 Porsche. This gave Estre and Christensen an average lap of 1m56.505, which was just enough to give them the edge.  The no51 AF Corse Ferrari was third, with James Calado and Daniel Serra in third spot with a 1m56.706 average lap.

Ross Gunn and Paul Dalla Lana scored their first pole of the season, the Anglo-Canadian duo posting an average lap time of 1m58.356, four tenths ahead of championship leaders Jonny Adam and Salih Yoluc in the no90 TF Sport Aston Martin Vantage.

The no62 Red River Sport Ferrari, with Kai Cozzolino and Bonamy Grimes was third fastest and this was their best qualifying result of the season.  The British team were 0.052s behind the TF Sport Vantage at the end of the 20-minute session.