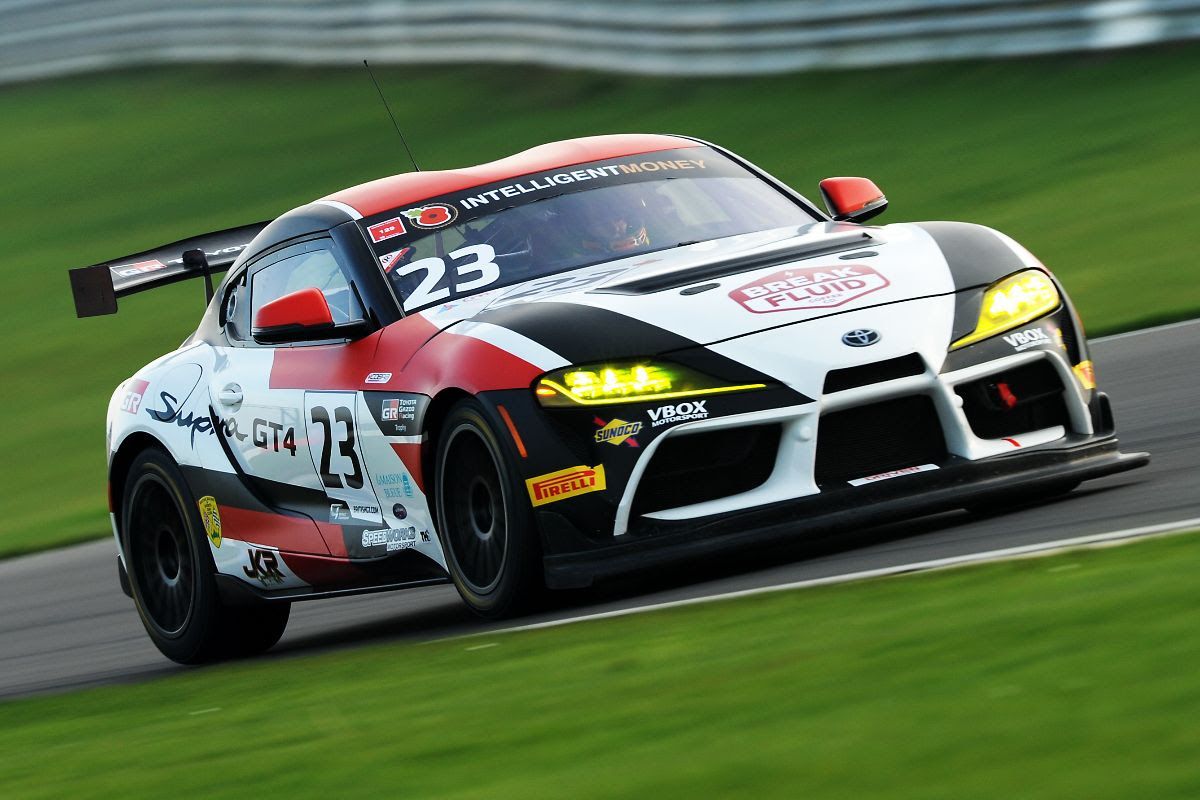 Back in February, Speedworks was entrusted by Toyota Motorsport GmbH (TMG) with running one of its Toyota GR Supra GT4s, based upon the GR Supra – Toyota GAZOO Racing’s first-ever global road-going model – and developed and produced by TMG for Toyota GAZOO Racing.

Further strengthened by engineering support from Toyota GAZOO Racing Europe, the partnership has already yielded success. Piloted by ex-British Touring Car Championship ace Sam Smelt and Ginetta GT4 SuperCup ‘Am’ class race-winner James Kell, the Speedworks customer entry was on the pace from the outset in British GT’s fiercely-disputed GT4 class, achieving a double podium finish in only its second outing at Donington Park in August and featuring consistently up at the sharp end of proceedings.

Earlier this month, Smelt proved the single-lap speed of the striking 430bhp sportscar by securing pole position in-class for the prestigious Silverstone 500 three-hour showdown around the legendary British Grand Prix Formula 1 circuit, backing that up with the coveted Sunoco Fastest Lap Award in the race.

Having acquired a great deal of data and experience along the way, Northwich, Cheshire-based Speedworks – a former title-winner in British GT’s GT4 category – is now evaluating adding another GR Supra GT4 to its roster for a dual attack next year.

“It’s been a very positive first season with our Toyota GR Supra GT4, and we have learnt more and more about the car and how to extract the most out of it with every race weekend,” commented Team Principal, Christian Dick. “Its potential was underlined early on by the double podium at Donington, as it immediately proved its worth in British GT’s ultra-competitive GT4 class.

“Since then, we have continued to develop, hone and refine it – and seeing Sam [Smelt] take both pole position and fastest lap at Silverstone was hugely rewarding for everybody involved in this project. Off the back of that, we are now looking to run two Supras in 2021, and would invite prospective drivers to get in touch to discuss testing and race opportunities.”