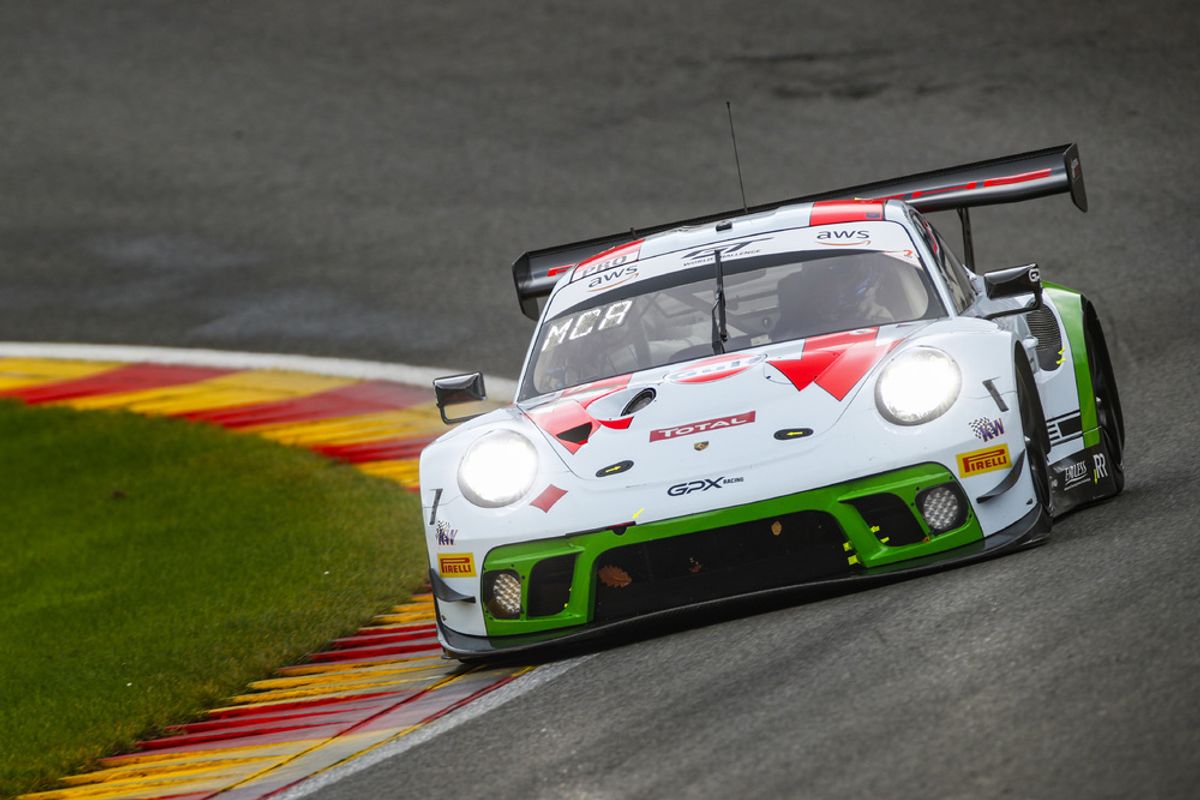 Porsche heads to the final round of the Intercontinental GT Challenge (IGTC) with a very clear goal: The sports car manufacturer from Stuttgart is eager to defend its titles at the nine-hour race in Kyalami. The customer squads GPX Racing and Dinamic Motorsport will each field a 500+hp Porsche 911 GT3 R in the Pro-category at the South African racetrack close to Johannesburg. In the Pro-Am class, the Hack Racing team campaigns the identical model of the GT3 racer from Weissach.

The race
Between 1967 and 1993, the Kyalami Grand Prix Circuit hosted a total of 20 Formula 1 Grands Prix. Under the aegis of Porsche South Africa, the storied racetrack underwent extensive renovations and was revamped to meet modern standards prior to the 2019 season. International motor racing returned to Kyalami last year. Many motorsport fans celebrated the comeback at the 4.522-kilometre circuit with its 16 corners, which is run as part of the spectacular IGTC nine-hour race. At last year’s season finale of the global GT3 championship, Porsche not only scored a victory but also clinched the manufacturers’ and drivers’ championship titles. The experienced customer squads now travel to this year’s race with the clear aim of defending those titles. In the manufacturers’ classification, Porsche heads to the final race of the season with a 29-point lead.

The Porsche teams and drivers
The Porsche works drivers Earl Bamber from New Zealand and Laurens Vanthoor from Belgium currently lead the IGTC drivers’ championship. The winners of the 24-hour race at Spa-Francorchamps share Dinamic Motorsport’s No. 54 cockpit at Kyalami with Frenchman Kévin Estre. Matt Campbell from Australia and the two Frenchmen Mathieu Jaminet and Patrick Pilet rank second just one point behind the leaders. The works driver trio share driving duties in the No. 12 car fielded by GPX Racing. In the Pro-Am class, Hack Racing campaigns the Porsche 911 GT3 R. The vehicle, which is run by the seasoned Lechner Racing squad, is driven by the South Africans Saul Hack and Andre Bezuidenhout. Dylan Pereira from Luxembourg, the vice-champion of the Porsche Carrera Cup Deutschland, joins the pair as the third driver.

Comments before the race
Sebastian Golz (Project Manager Porsche 911 GT3 R): “The time has finally come: We’re returning to the venue where we took the IGTC championship trophy home to Weissach in 2019. A rollercoaster ride awaits us at Kyalami. We’ll reach average speeds of almost 160 km/h on the challenging South African circuit – and the run-off zones are tiny. We also have to expect rain at any time – last year’s severe thunderstorms are still etched in our memory. So, we still have some obstacles to overcome before we can achieve our big goal. However, we’re very well positioned with our experienced teams Lechner Racing, Dinamic Motorsport and GPX Racing.”

Earl Bamber (Porsche 911 GT3 R #54): “First of all, I’m thrilled that the organiser SRO managed to plan and run this event under such difficult conditions. I’m really looking forward to the event on the beautiful racetrack in South Africa. Our main goal is to reclaim the manufacturers’ title for Porsche – and the best way to do this is to win. The Dinamic Motorsport team is experienced and highly professional. So the groundwork to success has already been laid. I’d like to wrap up the year with a highlight.”

Laurens Vanthoor (Porsche 911 GT3 R #54): “In 2019, the Porsche 911 GT3 R was extremely strong on the Kyalami circuit. There’s no reason why it should be any different this year. We’re tackling the task with confidence. After our win at the 24 Hours of Spa, we’re just one point ahead of our Porsche teammates in GPX Racing’s 911 GT3 R in the championship standings. It’ll be exciting. It would be a dream to end this unusual 2020 season with a title.”

Kévin Estre (Porsche 911 GT3 R #54): “I was really impressed by the South African event in 2019. The track is an old school one. It’s huge fun. The people in Kyalami were very friendly and there was a very special atmosphere at the race weekend. In terms of racing, things went well for Porsche last year. I’m competing this time with Earl and Laurens. We have a strong line-up. Dinamic Motorsport underlined its expertise with the podium finish at Spa. We want to win the last race of the season.”

Matt Campbell (Porsche 911 GT3 R #12): “Last year’s event was absolutely fantastic. I was immediately taken with the Kyalami racetrack. For me, it’s one of the coolest in the world – and for this reason, I’m really excited about the season finale. In the drivers’ classification, we still have a good chance to win the title at the last race of the year. Once again, we’ll do our utmost to achieve this.”

Mathieu Jaminet (Porsche 911 GT3 R #12): “I won last year’s race at Kyalami with Nick Tandy and Dennis Olsen. I’d like to repeat this with my teammates this year. We still have a good shot at the drivers’ championship title. Only one point separates us from our leading brand teammates Earl Bamber and Laurens Vanthoor. If we win, then we’ll conclude the season as the champions. At the same time, we’d help Porsche defend its manufacturers’ title. We’re determined to claim the really big trophies at the last race of the year.”

Patrick Pilet (Porsche 911 GT3 R #12): “Everything is new for me this year. I’ve never been to South Africa, so I first need to familiarise myself with the racetrack. I always enjoy that. Last year here, the Porsche 911 GT3 R was very fast in all conditions. I expect it to be the same this year. Our goal is to win the title – for Porsche, and also for our driver crew.”