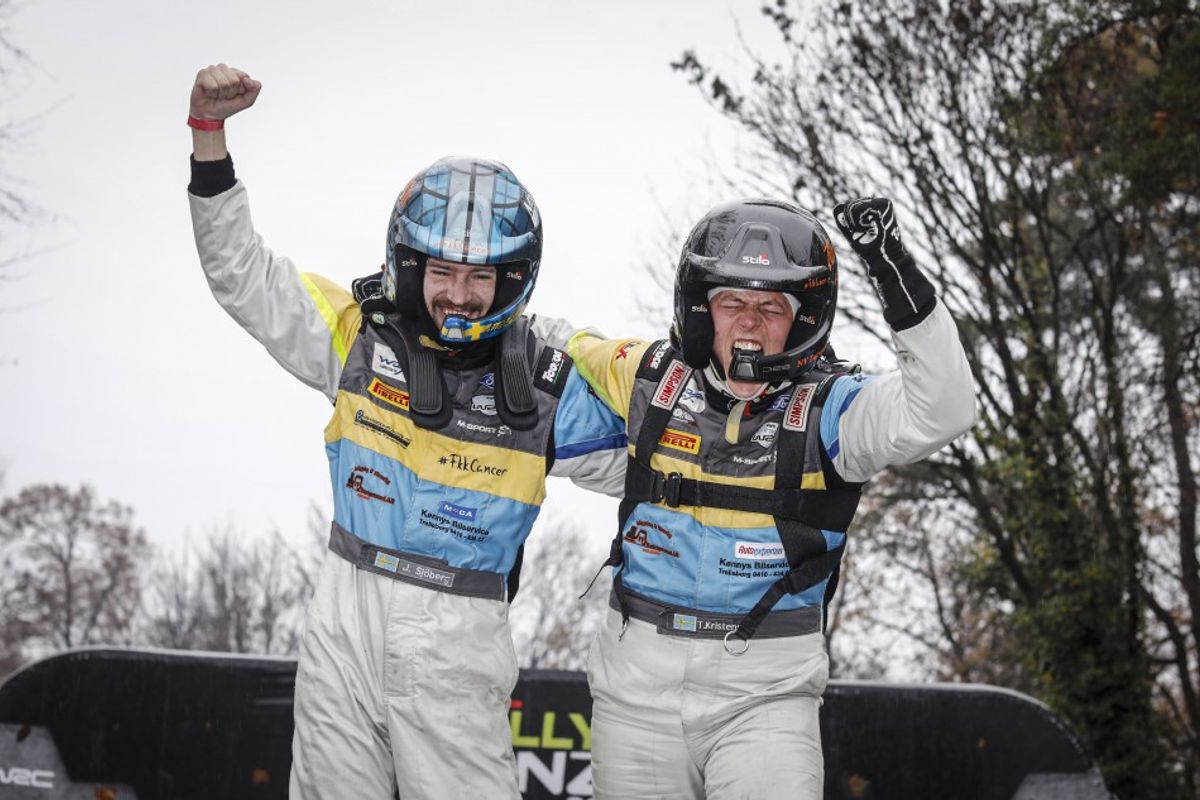 After blasting into an early lead on Thursday evening, the fast Finn opted not to get drawn into the scrap for the rally win.

Instead, he drove his Hyundai i20 Rally2 at a comfortable pace throughout the weekend’s remaining speed tests to come home 1min 19.2sec behind Andreas Mikkelsen in third. The result was enough to give Huttunen the title at the conclusion of a hard-fought season.

Huttunen was almost lost for words at the end of the final Serraglio Power Stage and thanked his team and sponsors for this achievement.

Mikkelsen’s performance stood out as one of the best of the rally. The Norwegian returned to the FIA WRC for the first time since 2019 and guided his Škoda Fabia Evo to several stage wins to take category honours and seventh overall.

Oliver Solberg kept the winner honest in his similar car. The pair traded times from the get-go and only 15.9sec split the pair on Sunday afternoon.

Emil Lindholm was 38.6sec behind fellow compatriot Huttunen in fourth despite a puncture on his Škoda during Saturday, whilst Kajetan Kajetanowicz rounded out the top five another 1min 40.5sec further back. The Pole ends the year third in the championship standings.

Bolivian hotshot Marco Bulacia had a steep learning curve with limited Tarmac experience in his Citroën C3 Rally2. He completed the event 4min 51.6sec down on the winners in sixth and secured second in the championship.

Championship debutante Josh McErlean showed impressive pace in his Hyundai to finish a mere 16.5sec behind Bulacia in seventh.

Yohan Rossel ripped a rear wheel off his Citroën on Friday morning’s opener and was left playing catch-up for the remainder of the event.

Gregoire Munster also hit trouble when he rolled his i20 into retirement on the final stage.