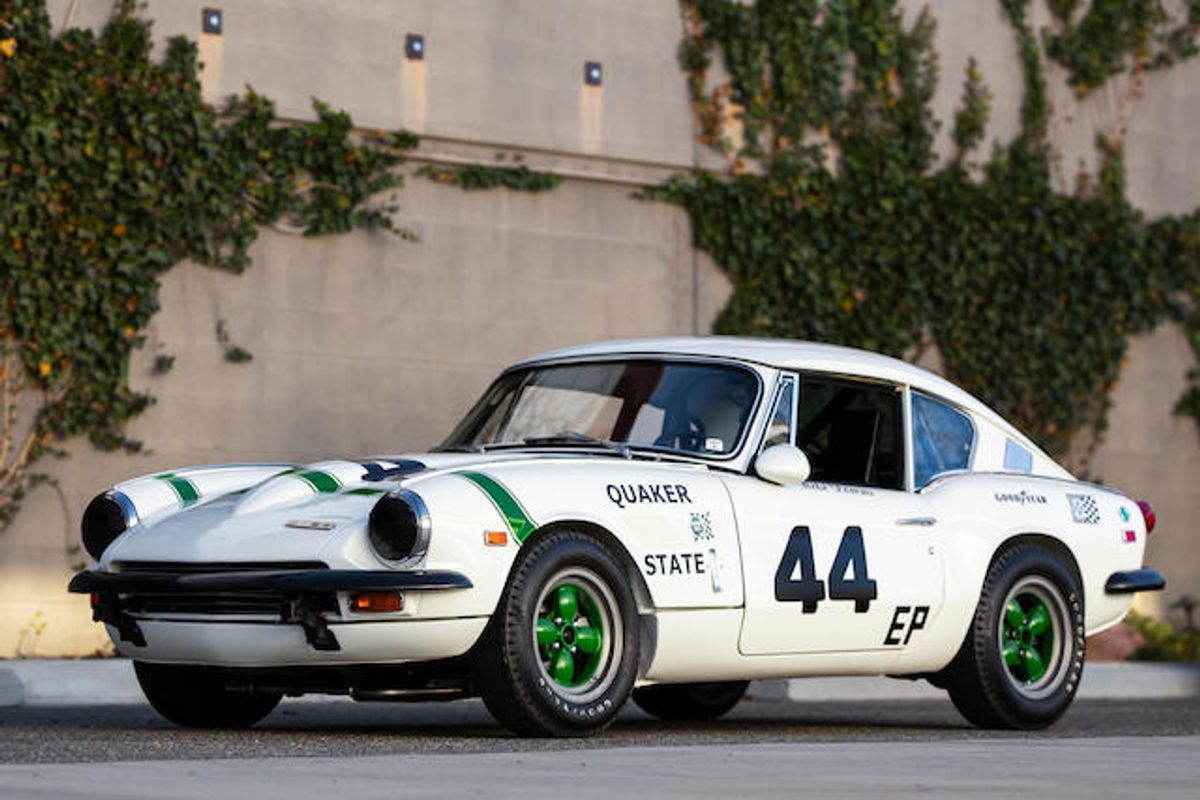 Triumph extended its commission the legendary designer, Giovanni Michelotti, to design a GT Fastback variant of Triumph's Spitfire in the early 1960s originally called the GT4. Due to the Spitfire's small output 4-cylinder engine, the added weight of the GT bodyshell resulted in poor performance, shelving the GT4 project for Triumph. Triumph used the design of the GT4 in their racing programs for the 1964 and 1965 seasons resulting in a 13th overall and a 1st in class at the 24 Hours of Le Mans in 1965. Due to its racing success, Triumph reconsidered the project of the GT Spitfire. The new GT6 for 1966 now featured a 2.0-liter, six-cylinder engine from the Triumph Vitesse producing 95bhp. Certain changes were required due to the increased power such as a new radiator mounted further forward in the car and the gearbox with synchromesh on all 4 forward gears. The interior of the GT6 was well equipped; a wooden dashboard housed a full complement of instruments, with carpets and heater included as standard.

1969 saw the first major revamp for the GT6 by improving the suspension geometry to increase handling characteristics, and was thus renamed the GT6+. Additionally, new bumper placement as well as extra venting were added to the body for additional aesthetics, safety and cooling. The engine also received a bump in power due to revised cylinder head, different duration camshafts and manifold design. The GT6+ was definitely a fine improvement from the first generation MK I.

On offer at Bonhams Scottsdale Auction