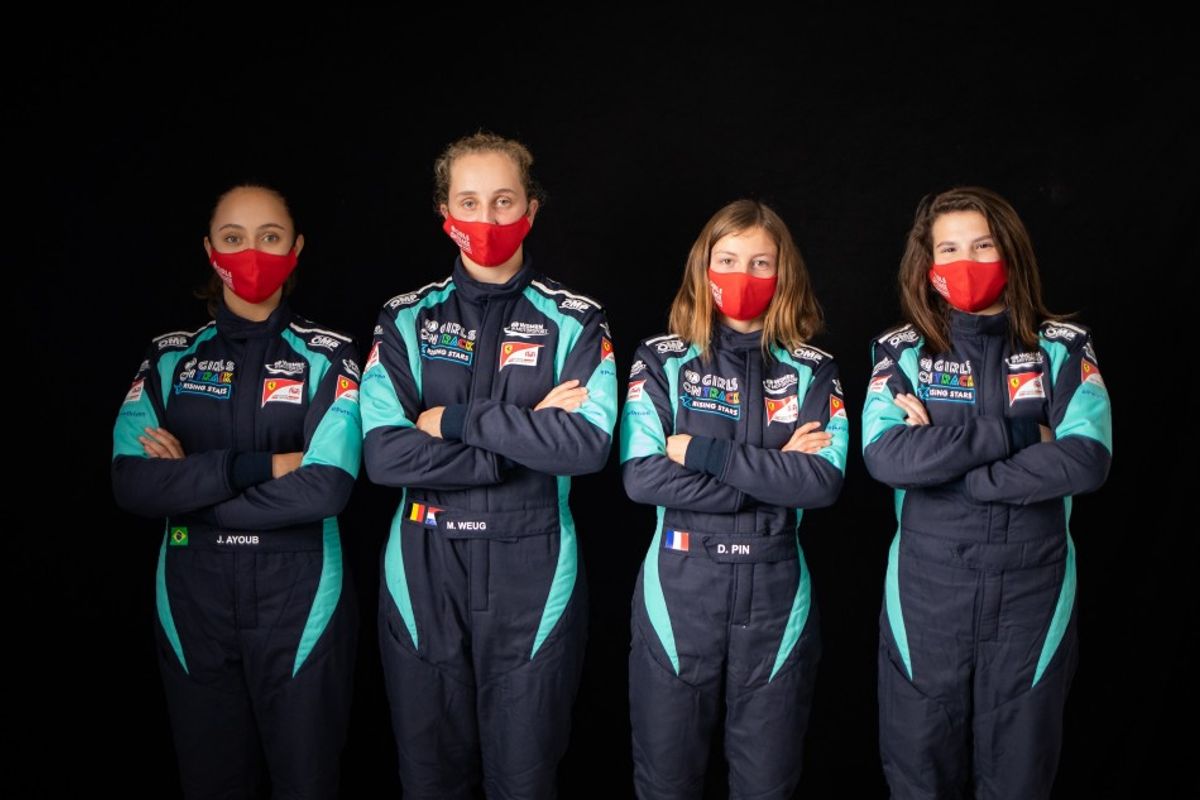 Four ambitious racers are about to embark on the most significant moment in their young careers as the final Scouting Camp of the FIA Girls on Track - Rising Stars programme commences this week (January 11-15).

Hosted at the world-famous Ferrari Driver Academy in Maranello, Italy, the youngsters now face another demanding week of assessment, training, interviews and Formula 4 track time on the Fiorano circuit as they vie for the potential to be awarded a one-year contract with the Academy for a 2021 FIA Formula 4 season.

The Ferrari Driver Academy Scouting Camp, postponed from November, is the fifth and decisive stage of the FIA Women in Motorsport Commission’s innovative talent detection and nurturing programme aimed at identifying the world’s best 12-16 year old female drivers. After a global search among the FIA’s 145 national sporting authorities, 20 drivers from five continents were invited to participate and now, one of the remaining four could potentially make history by becoming Ferrari’s first-ever female racer.

By partnering with Scuderia Ferrari and its Driver Academy for this four-year programme, the FIA Women in Motorsport Commission has been able to develop a strong and long-term pathway to support young females on their motor sport journey. The aim of the Academy is to help shape drivers across different aspects of personal preparation and driving technique, as well as introduce them to the sport’s economic and media world.

The rigorous five-day programme at the Ferrari Driver Academy includes physical aptitude tests, communication skills, attitudinal tests and simulator driving sessions as well as a series of lessons on the sporting regulations and behaviour on track. Two days of Formula 4 track time on the Fiorano circuit conclude the programme ahead of the critical final selection.

By the end of the assessment, the FIA Women in Motorsport Commission will have realised another ambition by securing concrete support for one of the world’s most promising 12-16 year old racers at the most critical age of their development.