Team Hardpoint EBM survived the most grueling test of sports car racing to score a top-10 finish in the team’s debut at the 24 Hours of Daytona. Despite losing six laps overnight to an issue with the splitter on the No. 88 VB Enviro Care/Richard Mille Porsche 911 GT3 R, the team and drivers Katherine Legge, Christina Nielsen, Earl Bamber and Rob Ferriol persevered at Daytona International Raceway to complete the race in the IMSA WeatherTech SportsCar Championship GT Daytona (GTD) class opener with a 10th place finish.

The team completed 737 laps around the 3.56-mile Daytona International Speedway, running 2,623.72 miles and falling just eight laps short of the class winners over the twice-around-the-clock race.

“We took delivery of the Porsche 911 GT3 R approximately three weeks ago, and three of our drivers took their first laps in the car in a shakedown about four days before the Roar,” Ferriol said. “The team spent 10 days leading up to the Roar working 18 to 20 hour days, getting the car prepped and getting the gear prepped and getting down here. The first thing that was said over the radio at the checkered flag was that it wasn’t the finish we wanted, but we wouldn’t have finished without the crew and this entire team. That’s a pretty cool thing.”

From 13th on the grid, the team had climbed as high as fifth place overnight with Bamber behind the wheel before a driver change to Nielsen in the 5 a.m. hour. Soon after, the bracing that holds the splitter in place broke in the midst of her run, sending the No. 88 Porsche to pit lane for repairs and falling five laps down.

“Obviously everyone comes to the race to win, but I think a top-10 finish for us the first time out at the 24 is a great result,” Bamber said. “All the drivers did their jobs. It was really cool to get it to the end. I think we showed great speed and great promise. We had that little issue with the splitter and we just couldn’t recover from that. But that’s motor racing and we’re going to roll on to Sebring. We’ve got a lot of things that we can improve on but if we’re already this strong, I’m looking forward to what it means when we can improve on it.”

Legge and Bamber teamed up to run most of Sunday, save for a planned double stint for Ferriol in the 8 a.m. to 10 a.m. hours. It was a high-stress situation for Legge, making her return to motorsports following a dramatic crash in Europe during the 2020 season. Asked to carry the team through the long Sunday hours, Legge delivered, before handing the car to Bamber in position to pick up the top 10.

“I’m so proud of this team,” Legge said. “They worked so hard. You could see the exhaustion and relief as we crossed the finish line. To finish the race is no mean feat, we had no mechanicals, all the pit stops were flawless. It’s huge kudos to the team and the Porsche. We were just unlucky. We could’ve gotten more, but at the end of the day I’m really proud of the team.”

Nielson did all of her driving under the lights during the 13 hours of darkness from sunset on Saturday evening to sunrise on Sunday morning. She was unfortunately the driver behind the wheel of the car when the splitter issue left the team deep in the standings. Like Legge, Nielsen had not spent extensive time in a race car since last year’s 24 Hours at Daytona.

“It wasn’t easy,” Nielsen said. “The competition was super fierce this year. There’s room for improvement for everyone, including myself. It was my first race back in a year, so I have to focus on a couple of things I want to do better for next time. Overall, the team did a good job handling the challenges like the splitter failure when I was in the car. The team handled it well and we made it to the finish line and that’s an accomplishment in itself. Was it what we wanted? No, but we also have to think about the glass being half full and it’s some decent points for the championship.”

Ferriol opened his first appearance in the 24 Hours of Daytona with a spectacular stint stretching two hours and 33 minutes, keeping his team on the lead lap and completing a trouble-free stint as the sun went down and then climbing back behind the wheel after sunrise. Still needing nine minutes of drive team to meet the minimum requirement, Ferriol jumped back in at the finish and held the team’s position to the checkered flag.

“Taking both the green and the checker was both special and unexpected,” Ferriol said. “We were anticipating that Earl and Katherine would take us to the end. We had an issue overnight that caused an adjustment, so we tried to build the position at the end and then toss me in there and I was able to hold on. I had a little bit of drive time to wrap up, so it was a pleasant surprise for me.”

Team Hardpoint EBM returns to IMSA WeatherTech GTD action with the second endurance race of the season, the Mobil 1 Twelve Hours of Sebring, March 17-20. That race weekend will also mark the debut of the team’s IMSA Porsche Carrera Cup North America program during the race week.

About Team Hardpoint EBM:
Hardpoint Motorsports was founded by Rob Ferriol in 2018 with the vision of combining his experience as a successful entrepreneur with his passion for racing. Team Hardpoint EBM is a joint venture between Team Hardpoint and Earl Bamber Motorsport formed in late 2020 to combine the resources of EBM and co-owners Earl Bamber and Will Bamber and the early success of Team Hardpoint. Headquartered at VIRginia International Raceway, the team's 2021 plans include a full-season effort in the IMSA WeatherTech Sports Car Championship in a Porsche 911 GT3 R and a multi-car effort in the IMSA Porsche Carrera Cup North America. 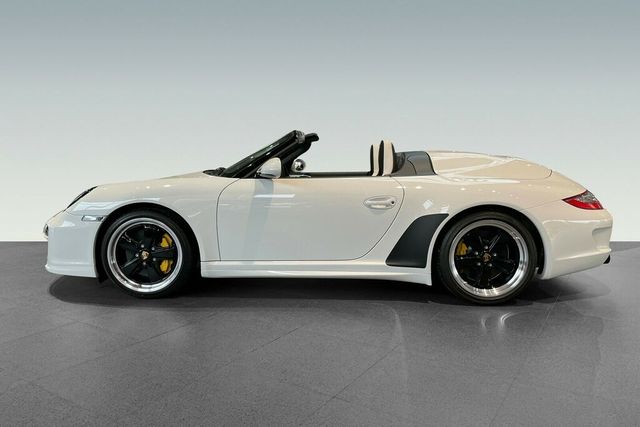