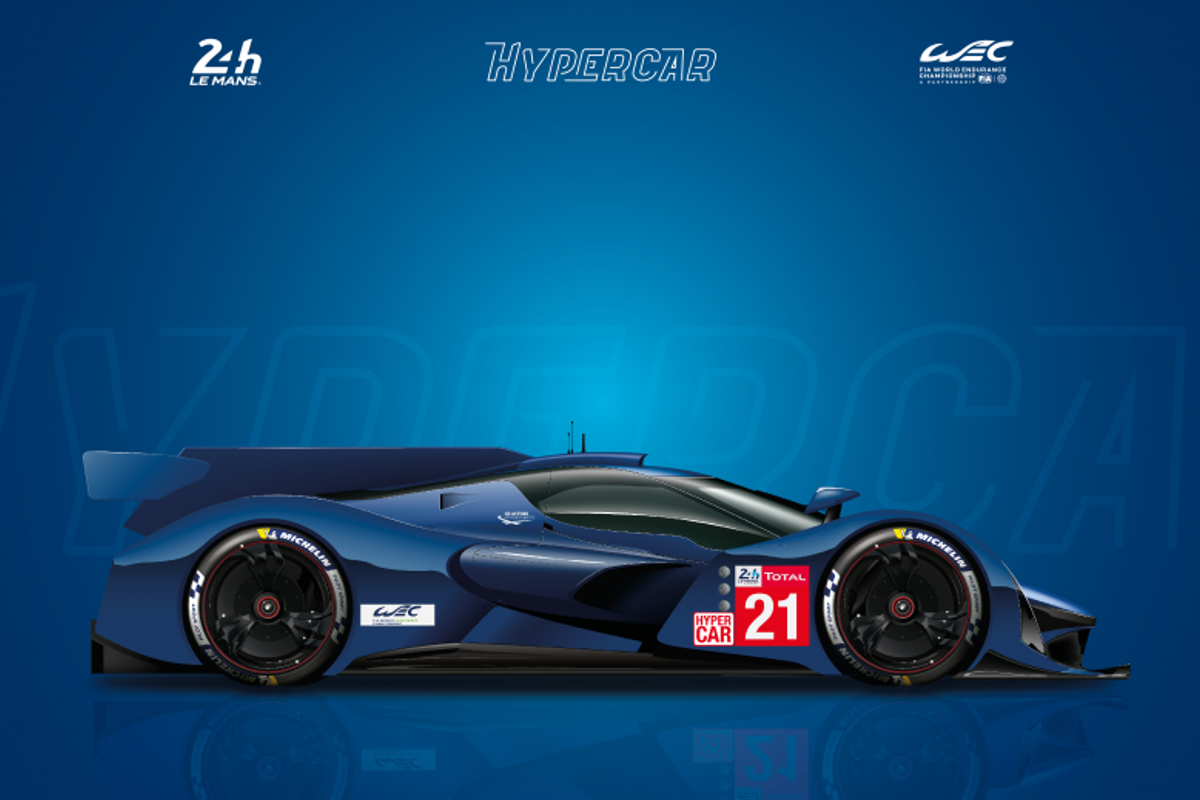 The Hypercar category, a joint project of the FIA and the ACO, that has been in the works since 2018, is nearing its debut. The first cars built to the 2021 Le Mans Hypercar regulations have already broken cover, others are in advanced stages of development, and the first FIA World Endurance Championship race featuring the new breed of cars is approaching fast.

A SHIFT IN PHILOSOPHY
The incoming LMH ruleset represents a major shift in philosophy compared with the LMP1 class it is replacing. It allows for a greater variety both in terms of technical approaches as well as the aesthetics of the cars, at the same time ensuring sporting equality and preventing cost escalation through the concept of performance windows.

Technical Regulations are focused on controlling performance outcome instead of setting design or geometrical restrictions, allowing manufacturers to choose cost-effective solutions as significant expenditures will not bring performance gains.

The autonomy also allows them not only to replicate brand identity and genuine architecture, maintaining the spirit of the brand and remaining relevant to their road car philosophy, but also to express true potential in terms of creativity and innovation. Less rigid aerodynamic constraints established for the cars give them the option to incorporate styling elements to the design.

Similarly to the LMP1 class, both hybrid or non-hybrid power units with transmission to either rear or both axles are allowed.

PERFORMANCE WINDOWS
The principle of performance windows is a new regulatory approach to the top category of the FIA WEC. It has been made possible by the application of a precise and modern methodology for measuring performance parameters, combined with the experience of efficient data acquisition and analysis processes.

Instead of constraining the design process with geometric requirements, the FIA and the ACO are overseeing the outcome. This is possible owing to the concept of performance windows, where the minimum and maximum values were set for areas such as power unit and aerodynamic performance, with each of the cars having to fit into those windows. Power is set at 500kW, while minimum weight at 1030kg.

During the homologation process, the cars are measured in the wind tunnel, the bodywork is scanned, while the engine performance is measured live on track with the use of torque meters. This is to ensure that the cars fit into the performance windows.

The design of the cars is then “frozen” for their homologation cycle (five years for cars developed for the 2021 season), ensuring they will remain unchanged thorough their life span. Exceptions will be considered only on specific occasions, such as reliability issues or proven performance deficits.

As the performance targets are clearly defined, manufacturers can choose the most cost-effective technical solution without the additional burden of ultimate optimization around regulatory constraints.

TAILOR-MADE BOP
In order to ensure sporting equality, the FIA and the ACO rely on the Balance of Performance formula developed jointly by the two parties. The Hypercar BoP has been tailored specifically for the needs of the new category, leaning of the knowledge and experience gained over the years.

Both the FIA and the ACO have a long history of using BoP. The FIA started balancing out cars in GT racing the mid-2000s, and is constantly improving the process. Each year there are over 40 FIA-sanctioned events with BoP in use, varying from the FIA Cross-Country World Cups, through the FIA World Touring Car Cup to GT racing, including GT3 and LMGTE categories. The best practices and learnings were taken into account in developing the Hypercar BoP.

One of the most innovative solutions is the use of torque meters, allowing for better control of powertrain parameters on track. These sensors, resistant to electromagnetic field and heat, are implemented onto the driveshafts of the cars to measure and limit the BoP-allocated power. This recently developed technology is effective in limiting development costs.

This year grandfathered non-hybrid LMP1s are permitted to race alongside LMH cars in the top category, with their performance balanced out. In 2022 the regulations will allow LMDh cars, developed jointly by the ACO and IMSA and sharing some components with the next generation of LMP2 cars, to race in the Hypercar class of the FIA WEC with the LMH machinery.

COST-SAVING MEASURES
As avoiding cost escalation is one of the key targets behind the LMH concept, several other cost-saving measures have been undertaken.

With the 2021 season being the first one in the LMH homologation cycle, testing is supervised. The use of expensive materials and technology is greatly limited. The minimum weight for gearbox is set at 75kg, with the use of magnesium or aluminium casing and bellhousing mandatory.

The suspension is also simplified, with a double-wishbone design compulsory and aids such as active systems and mass dampers forbidden.

There is also a single aero kit permitted, without the distinction for Le Mans and the other races. In order to avoid development costs, the tyres are exclusively supplied by Michelin with different dimensions dedicated to rear- and four-wheel-drive cars. Furthermore, lower power output results in lower power unit development costs.

SAFETY IMPROVEMENTS
With safety being the overriding priority for any FIA project, the LMH regulations feature a number of safety improvements.

Due to the high level of performance achieved by cars, all competitors must prove during homologation that their aerodynamics remain stable at different car attitudes, within the limits set by a table of critical speeds.

The LMP1 cockpit safety standards have been updated. The seating position is more upright, mitigating the risk of spinal injuries during serious accidents. This is the result of extensive research following several real-world accidents as well as accident simulation using the THUMS virtual human body model. In addition to the seat load tests, seat belt anchorage load tests have been introduced.

Leg padding is now mandated and a new load test for the inboard leg protection panel has been introduced. In order to ensure increased energy-absorption capability during front-angled impacts, headrest coverage has been increased. The specification of the fuel tank bladder has also been upgraded.

Richard Mille, FIA Endurance Commission President: “Le Mans Hypercar should please both manufactures and fans, resulting in spectacular cars and high level of competition. We’ll see greater variety across the competitors while the more cost-effective regulatory approach is something much needed in the current economic climate.”

Pierre Fillon, President of the Automobile Club de l’Ouest: “Hypercar marks a turning point for Endurance. By reining in costs, this new top class is the dawn of a bright future for the discipline with the prospect of major manufacturers returning to engage in thrilling battles on the track.”