The lot list for Silverstone Auctions Race Retro Live Online Auction is looking spectacular, and forming part of the line-up are a number of best-of-breed Porsches with low mileage and others that were low production.

Porsches from across the decades will be crossing the block on Saturday 27th March, including a rare 1989 Porsche 911 (930) Turbo SE G50 ‘Flachbau’ Cabriolet. It is one of only 50 genuine factory-produced 930 SE low-build cars and one of just seven C-16 examples with the 5-speed gearbox. In the stunning colour combination of White Pearl with a matching leather interior, it has covered just 33,168 miles which is corroborated by the 16 service stamps. The upgraded interior features a unique centre console, heated front seats, steering wheel, and gear lever knob with a gold insert; this special car really is the Holy Grail.

Another early Porsche to feature in the tenth Race Retro auction is this recently restored 1963 Porsche 356 B T6 Coupe to ‘S’ Specification, which has covered just 23 miles since its completion. Sensible enhancements were included in the build such as a period-correct 1600cc ‘S’ engine and Porsche parts were employed wherever possible. It is finished in gleaming Schwarz with a matching black interior, has a Porsche Certificate of Authenticity and really has been completed to the very highest of standards.

Gary Dunne, Sales Controller for Silverstone Auctions added, “We love the diversity of Porsche examples which we see in every single one of our auctions, they are a much-loved staple of what we offer. What’s more, we will always have the very best examples which are ready for their next owner, as seen with these four here. Not to mention there are several more in the sale, so there really is something to suit various buyers”.

A further two low mileage and low production Porsches to feature in the sale fall into the category of modern classics. First, a 2004 Porsche 911 (996) GT3 RS which is one of just 113 UK-supplied cars and is indicating just 31,836 miles. Powered by the 3.6-litre naturally aspirated flat-six Mezger engine, it is factory finished in Carrera White with classic red detailing and is in superb overall condition supported by a comprehensive history file.

The second is a spectacular Guards Red 2008 Porsche 911 (997) Turbo which also has a significantly low mileage at just 17,445 miles which is supported by a full Porsche main dealer service history. With a manual gearbox, the impressive specification includes sport-chrono plus, park assist, sunroof and short-shift gearchange.

The Race Retro Live Online Auction is taking place on Saturday 27th March, with bidding available online, by phone or via commission. 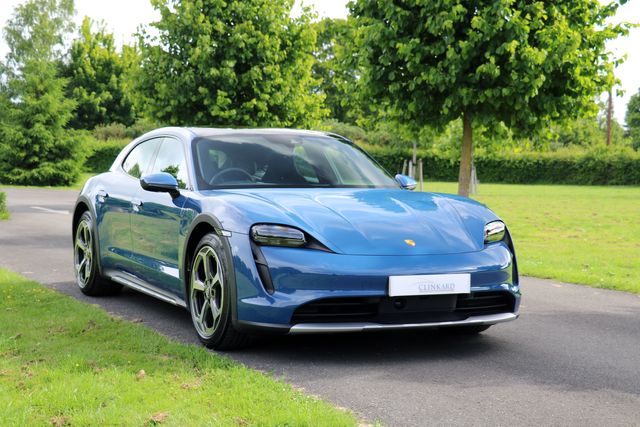