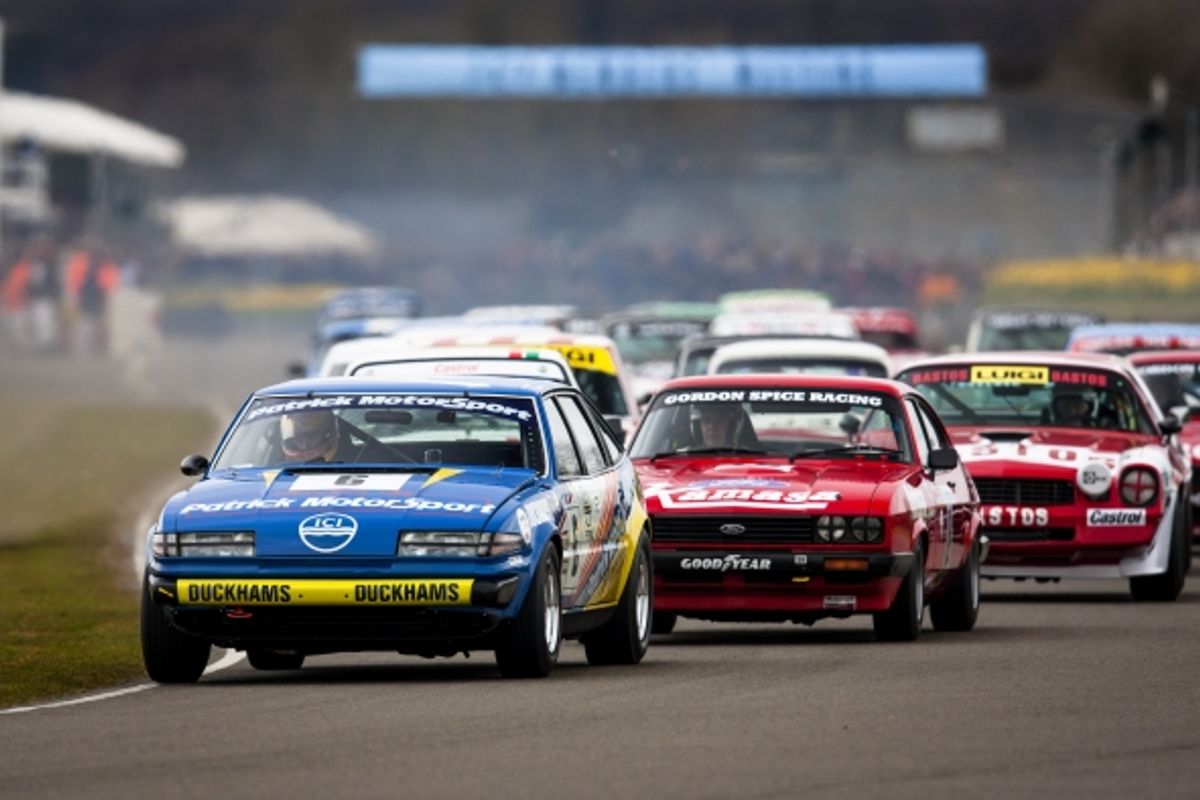 The date change is confirmed in light of the recent roadmap announcement by the Government.
Goodwood welcomes the news and looks forward to welcoming back event-goers.
Goodwood can confirm that the 78th Members’ Meeting will now take place on 16-17 October 2021, moving from its originally scheduled date in May. The decision has been made following the announcement by the Government on Monday 22 February and its roadmap to ease restrictions over the coming months, which rendered the original date impossible.

The Members’ Meeting is an action-packed weekend of motor racing exclusively for members and fellows of the Goodwood Road Racing Club (GRRC) and their guests, recapturing the intimacy and camaraderie of the members-only race weekends held in Goodwood’s heyday. Normally the curtain raiser for the historic racing season, this year it will be a triumphant finale.

Places are available in the Fellowship, which offers motorsport fans the chance to buy tickets to this unique event as well as a host of other year-round digital and in-person benefits from Goodwood and its partners. Members’ Meeting customers who can no longer attend the new date in October should contact Goodwood’s Ticket Office on 01243 755055.

The Duke of Richmond said: “We welcome the roadmap from the Government on Monday, and whilst we’re disappointed that we won’t be able to host the 78th Members’ Meeting in May, we’re pleased that we can safely reschedule it to later in the year. We want to thank our GRRC members and fellows, competitors, partners, suppliers and fans for their continued support, patience and passion to bring the event to life. We can’t wait to welcome our guests back later in the year.”

The weekend will be packed with crowd-pleasing action, including popular races like the S.F. Edge Trophy for Edwardian leviathans, and the Gerry Marshall Trophy for Group 1 touring cars of the 1970s and early ’80s, as part of an unchanged race line-up.

The rally sprint will also go ahead as planned, and promises to be even more dramatic thanks to the earlier darkness in October, which means the cars and drivers will face a full night stage. Additional special demonstrations, along with star cars and drivers, will be announced in the coming months.

The Saturday evening will be more special than ever with the day’s activities climaxing with unmissable entertainment and food, along with the incredible firework display and the cordial atmosphere that brings together the GRRC community.

Bonhams, which traditionally hosts a sale at the Goodwood Members’ Meeting, will conduct a spring auction on 19 May at its New Bond Street flagship saleroom, offering a broad spectrum of sports, competition and collectors’ motor cars.

James Knight, Bonhams Group Motoring Chairman, said: “While the 78th Members Meeting has been understandably rescheduled for later this year, we are satisfying the demand among our consignors and bidders for a sale this spring. Having partnered Goodwood since the early 1990s, we very much support the Duke of Richmond and his team and are greatly looking forward to returning to Goodwood in July for the Festival of Speed.”

Notwithstanding the universal hope that limits on social contact will come to an end on 21 June, Goodwood continues to work closely with Public Health England and UK Government advisory groups. All the events will be run strictly in accordance with the Government’s Covid-19 guidelines on social distancing in place at the time – which after 21 June will hopefully be minimal. Goodwood’s number one priority is the safety and wellbeing of everyone involved, whether working behind-the-scenes, at the wheel, or attending the spectacle.

The Festival of Speed presented by Mastercard and the Goodwood Revival will still take place in July and September as planned. The wider Goodwood estate is also looking forward to being able to reopen its doors and welcoming members, visitors and guests back in the coming months. This will also include the reopening of Goodwood Motor Circuit on 29 March for Goodwood Track Days and cycling, and 12 April for all other Goodwood driving experiences.