McKenna immediately stood out as a leading candidate. The Stokesley-born Yorkshireman is one of the most highly-rated upcoming names on the GT scene – and with good reason. Growing up in a high-octane environment, he got to grips with the fundamentals of car control and the instinctive reactions so vital to a successful career in motorsport at an early age, through his family’s ice driving business on the frozen lakes of Scandinavia.

He only made the leap from ice to asphalt four years ago, but the 19-year-old is rapidly earning a reputation as a star in the making. From five races as a rookie in the Ginetta Junior Championship, McKenna scored two top four finishes before graduating to the Ginetta GT5 Championship – a series in which he was crowned champion in 2019 courtesy of an impressive six victories, five further rostrum appearances, three pole positions and three fastest laps. Astonishingly, it was just his first full campaign of car racing competition.

With mentoring from former Le Mans 24 Hours winner Guy Smith and coaching from seasoned endurance racing pro Andy Meyrick, the BRDC Rising Star and Motorsport UK Squad Athlete stepped up again last year to the BTCC-supporting Porsche Carrera Cup GB. A trio of podiums and a pole position in the headlining ‘Pro’ category kept the momentum going, and now he is set to continue climbing the ranks in TOYOTA GAZOO Racing UK colours.

In addition to being able to draw upon Speedworks and TGR-E’s combined expertise, McKenna will enjoy privileged access to TGR-E’s state-of-the-art Cologne facility and driving simulator. He will also benefit from the experience of TOYOTA GAZOO Racing stars such as reigning FIA World Endurance Champion and multiple Le Mans 24 Hours podium-finisher Mike Conway.

“It’s an absolute honour to be selected for the TOYOTA GAZOO Racing UK Young Driver Programme – it’s incredible to think I’ll go down in history as the very first member of such a fantastic initiative. This is such a big deal and a tremendously proud moment for me.

“It’s never been about Formula 1 for me – GT and sportscar racing has always been where it’s at in my mind, with the ultimate dream of competing at Le Mans. This is the next step on that ladder, and I could not be any more excited. TOYOTA GAZOO Racing is such a prestigious brand – in everything they turn their hand to, from endurance racing to rallying, they succeed. Hopefully British GT will be the next box on that list to be ticked.

“I’m under no illusions that I have a lot to learn – I don’t think for one minute that this will be a walk in the park, and there is an endless amount of skills and knowledge I still need to take on-board. It’s going to be a tough challenge ahead, but at the end of the day, our goal is the same as everybody else’s – we want to win the championship, and I genuinely believe we stand a very good chance of doing so.

“Speedworks are such a slick organisation; I was genuinely blown away when I saw how they operate. From what started out as a small, family-run team, they have developed into a hugely professional outfit with a lot of extremely talented people, and we share a real passion and will to win.

“The first time I met Christian [Dick – Team Principal], it was so refreshing to find somebody who clearly wants to win as much as I do. I’m ultra-competitive – winning is an obsession and an addiction for me, and now I’ve won one championship, I understand what it takes. If you truly want to be part of that top one per cent, you’ve got to dedicate yourself to it wholly, with a real single-minded focus.

“I’ve got to say, too, the Supra is a phenomenal piece of kit. What really struck me the first time I drove it was that it’s so efficient – the work rate behind the wheel is so low, and that’s all thanks to Toyota and TGR-E’s outstanding engineering. It just feels so easy to drive, so sharp and so smooth.

“It proved last season – only year one of this project – how much potential it possesses, and you have to remember that this car wasn’t developed specifically to suit the unique nature of UK tracks, so there is still plenty of room for improvement, which is massively encouraging. I would like to think I can bring my prior knowledge to the table to assist that process.

“The bottom line is that I’ve been passed a very good ball, and now my job is to run with it as fast as I can. I need to repay the faith that Speedworks and TOYOTA GAZOO Racing UK have placed in me – and I’m determined to do just that.”

McKenna will share Speedworks’ striking 430bhp Supra – a car that achieved a pole position, fastest lap and brace of podium finishes in British GT’s fiercely-disputed GT4 category last year – with new team-mate John Ferguson, a proven race-winner in Formula Ford 1600 and a driver with a wealth of single-seater experience.

The 47-year-old Irishman cut his sportscar teeth in both the Porsche GT3 Cup Challenge – reaching the rostrum four times on his way to fourth in the final standings in 2012 – and, more recently, the Porsche Carrera Cup GB. Contesting the PCCGB’s ‘Am’ category in 2019, Ferguson tallied four class wins and – despite missing the last two events of the season – secured third spot in the title table. He added a further four class victories to his CV last year.

The 2021 British GT campaign is due to get underway at Brands Hatch in Kent on 22/23 May, before travelling to Silverstone in Northamptonshire on 26/27 June, Donington Park in Leicestershire on 10/11 July, Spa-Francorchamps in Belgium on 24/25 July, Snetterton in Norfolk on 7/8 August, Speedworks’ home circuit of Oulton Park in Cheshire on 11/12 September and back to Donington Park for the season finale on 16/17 October.

“We’re thrilled to confirm Scott as the first member of the new TOYOTA GAZOO Racing UK Young Driver Programme. He is clearly a young driver going places fast, and I have absolutely no doubt that he will be a fantastic ambassador for the initiative.

“You only need to glance at his CV to-date to appreciate what he has accomplished in the short time he has been racing. He has been quick in every car he has ever driven and his first test with us in the Supra was extremely impressive, so we are very confident that he will be right on the leading pace.

“We took big strides forward in British GT last season and acquired a great deal of data and knowledge along the way. I think Scott and John’s diverse skillsets and experience will make them a very complementary pairing, and we are all tremendously excited and motivated to have them on-board. The aim is very much to hit the ground running come Brands Hatch in May. We can’t wait to go racing!” 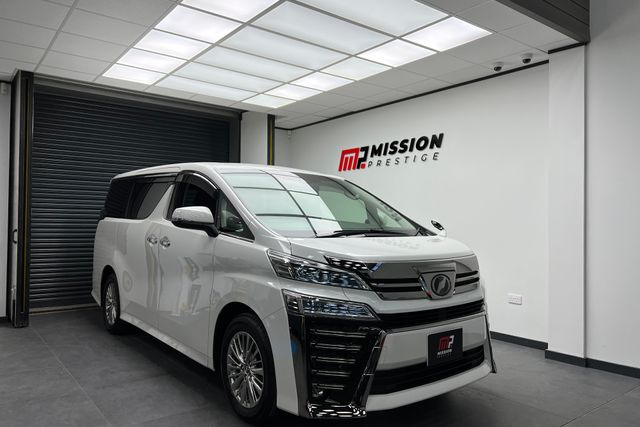