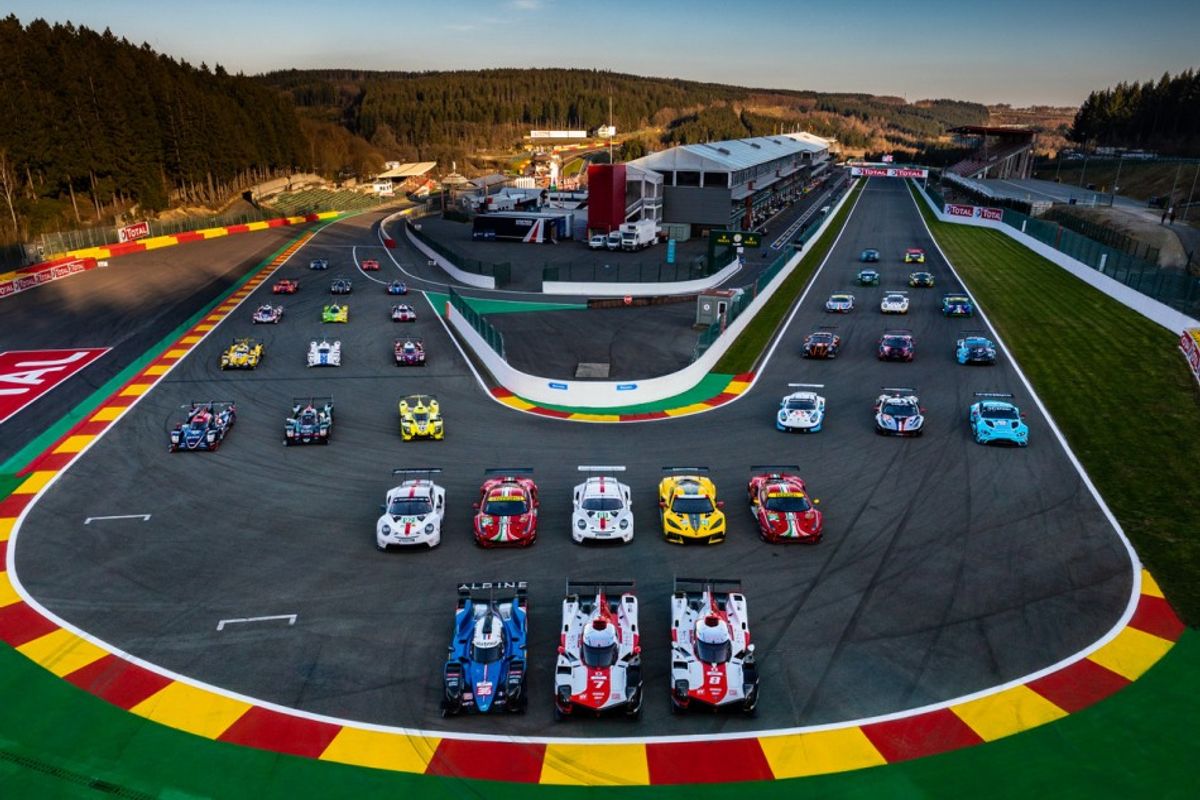 Image: The cars gathered at La Source at Spa-Francorchamps for the traditional preseason group shot.

Thirty-five cars lined up at the world-famous corner with the new for 2021 season Toyota GR010-Hybrid Hypercars at the front.

The Prologue, the official 2-day test, which started yesterday morning was the first time that the Toyota GR010 Hybrid Hypercars have been seen in competitive action since the end of the LMP1 era of sportscars. They will join the Alpine A480-Gibson, 14 LMP2 cars, as well as the collective 18 LMGT Pro and Am entries on the track.

Following a successful pre-season testing programme, the GR010 HYBRID Hypercar will aim to defend its world title with an unchanged driver line-up in the No. 7 and No. 8 cars for 2021.

Brendon Hartley, driver of the No. 8 car, commented: “We’ve completed quite an extensive test programme leading up to the first race of the new Hypercar era and we feel well prepared. There is a lot of excitement throughout the whole team, as well as amongst the fans, to see what these new cars will look like on track and to see how close the racing is going to be.”

Round 1 of the FIA World Endurance Championship, the Total 6 Hours of Spa-Francorchamps, takes place on Saturday 1 May and preceded by Free Practice sessions on Thursday 29 April and Qualifying on Friday 30 April.