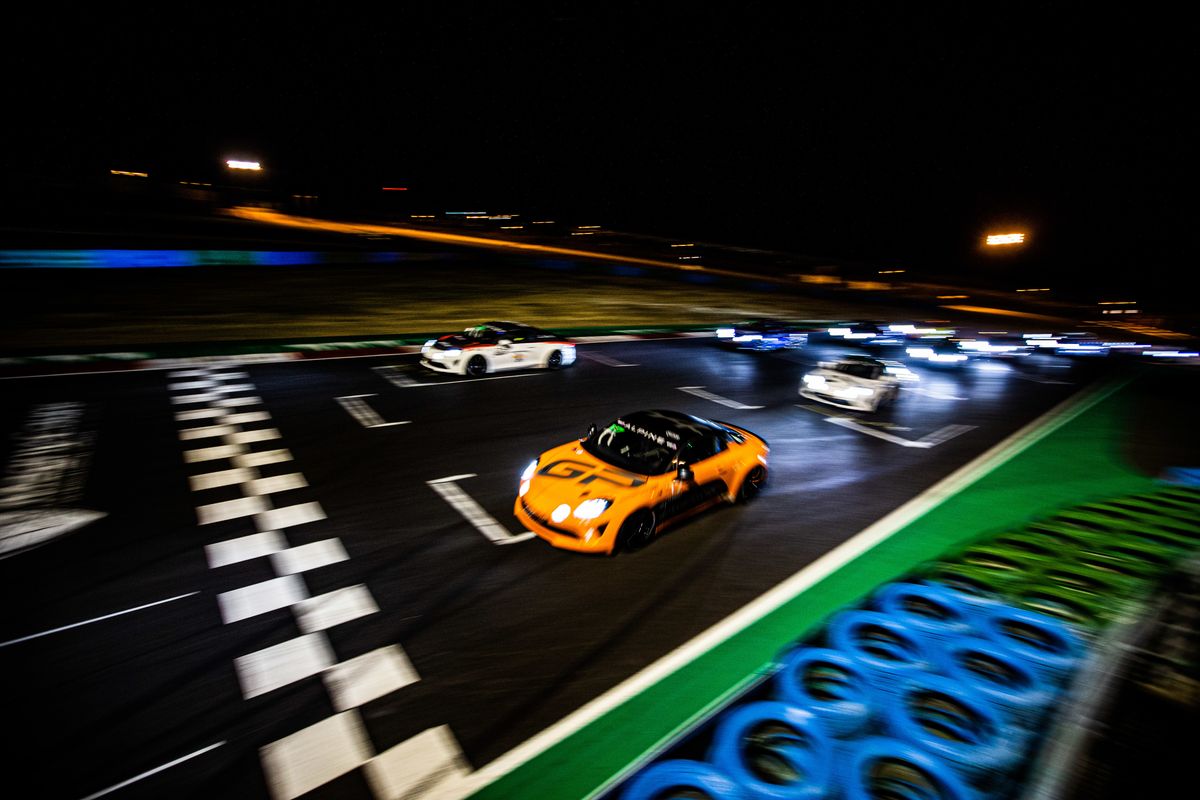 On this holiday weekend of 8 May, no less than twenty drivers will compete in round two of the Alpine Elf Europa Cup at Circuit Nevers Magny-Cours. The action promises to be exciting in all categories!

After the fantastic start to the season at Nogaro, the intensity will be even higher at the former home of the French Formula 1 Grand Prix, where all the contenders will try to build up or reverse the first trends seen at round one.

Winner in his category debut, Ugo de Wilde heads to Burgundy with a five-point lead from Laurent Hurgon and is nine to the good from Lilou Wadoux. While the Belgian driver aims to repeat on a track he is very familiar with, his rivals are counting on their experience to retake command of the category. In the first Alpine Elf Europa Cup meeting at Magny-Cours last year, Laurent Hurgon picked up a pair of second-place finishes and Lilou Wadoux was just off the podium in the two races.

The battle among these three leaders promises to be spectacular, but they will have to keep a collective eye on the other challengers, such as Gosia Rdest (Chazel Technologie Course), Thomas Dagoneau (Autosport GP) and Jean-Baptiste Mela (Autosport GP). Following a slow start to the season, the defending champion will look to get back in contention by finding what saw him dominate at this track last year!

In addition to their title ambitions in the general classification, Ugo de Wilde and Lilou Wadoux will also be competing in the Junior category. After having pressured her rival, but to no avail at Nogaro, Lilou Wadoux is determined to get her revenge by aiming for her first victory in the category.

Also quick and consistent at round one, Louis Méric (Méric Compétition) and Corentin Tierce (Herrero Racing) will aim for a podium finish. Louis Méric showed his speed with the fastest race lap of round one at Nogaro while Corentin Tierce has an unrivalled knowledge as he will be racing at home on a track where he won last year in Clio Cup.

After their strong debuts with the Alpine A110 Cup, Simon Tirman (Autosport GP) and Henri Lombard (Race Cars Consulting) will also try to raise the pace and close the gap to the sharp end of the order in their second weekend of Alpine Elf Europa Cup racing.

The action will be just as exciting in the Gentlemen's category as seven drivers are separated by just 12 points. That's the equivalent of a second-place result in the category!

Franck Labescat (Race Cars Consulting) and Stéphane Auriacombe (Herrero Racing) will look for a repeat of their winning drives at Nogaro. They will also hope to dethrone defending champion and current leader in the general classification, Philippe Bourgois (Chazel Technologie Course), following his two runner-up results at Nogaro. However, the Belgian driver will be a serious threat as he shared the wins with Stéphane Auriacombe last year at Magny-Cours.

Coming off of their first top-three finishes of the season, Luc Rozentvaig (BL Sport) and Pierre Macchi (Patrick Roger Autosport GP) will use all their experience to aim for the top spot while Stéphane Proux (Herrero Racing), Franc Rouxel (Herrero Racing) and Grégory Romano (Autosport GP) intend to fight back in Burgundy!

Two new drivers will have their first go in the Alpine Elf Europa Cup this weekend at Magny-Cours. Frédéric Roy (Herrero Racing), a Gentleman driver in the truest sense of the word, will make his racing debut while Top Gear France host Bruce Jouanny will be behind the wheel of the VIP n°110 Alpine A110.

Scheduled for Friday evening at 19h25 and Saturday afternoon at 13h10, both races from Magny-Cours will be aired live on the Alpine Elf Europa Cup YouTube channel and Facebook page.