Arriving in Monaco sitting outside the top ten in the points classification, reigning champion António Félix da Costa knew he needed a big result to kick-start his title defence in the ABB FIA Formula E World Championship. Today (8 May), the DS TECHEETAH ace dug deep indeed to clinch his first win of the season at the end of a hugely entertaining encounter.

Da Costa began the Monaco E-Prix – held, for the first time, around the full grand prix circuit – from pole position, but he conceded his advantage to Robin Frijns early on when his Envision Virgin Racing rival pulled out of the slipstream and dived to the inside at Ste Dévote.

The Portuguese star thereafter stayed close enough to the new leader so that each time Frijns activated Attack Mode, he was able to reclaim the spot – albeit only briefly before the Dutchman used his extra power to redress the balance.

In an enthralling cat-and-mouse duel, the momentum then swung again when – after closing the gap – da Costa used his FanBoost to re-pass Frijns upon emerging from the tunnel. His lead, however, was short-lived, as Jaguar Racing’s Mitch Evans – who had shadowed the top two throughout – dispatched the Virgin and DS TECHEETAH cars in swift succession to hit the front at two-thirds distance.

The New Zealander’s move on da Costa – squeezing past on the sprint up Beau Rivage – was particularly impressive. What’s more, it was made just before the safety car was summoned to allow René Rast’s stricken Audi Sport ABT Schaeffler car to be removed, after the German swiped the barriers having fought his way up the order into seventh.

When the action resumed with just over seven minutes remaining, the scene was set for a grandstand finish, with Evans in the lead but his immediate pursuers – spearheaded by da Costa and Frijns – all having more useable energy available.

As the Jaguar driver began defending, da Costa went on the attack, attempting the same manoeuvre that had been pulled on him at Beau Rivage earlier but to no avail. Undeterred, he tried again, darting to the outside exiting the tunnel on the last lap and somehow managing to slow the DS TECHEETAH down in time to successfully navigate the chicane. It was an ultra-committed move – and it paid off richly.

As the 29-year-old sped clear to take the chequered flag first for a victory that has vaulted him up the title table, Evans was left to try to fend off the marauding pack behind. Approaching the finish line, Frijns shot out from under the Jaguar’s rear wing and nosed in front by barely two hundredths-of-a-second to secure the runner-up position – and with it, the championship lead.

Following a gritty effort, Evans ultimately placed third, ahead of the second DS TECHEETAH entry of double champion Jean-Éric Vergne. The Frenchman – one of only two current competitors to have previously won in Monaco in Formula E entering the event – had to produce a late fightback after missing his second Attack Mode and needing to activate it again, dropping him briefly to eighth.

Amongst the drivers that Vergne re-passed to claim fourth at the flag was BMW i Andretti Motorsport’s Maximilian Günther, who ran as high as third but spent much of the time battling with Nissan e.dams’ Oliver Rowland. The pair made contact late on but Günther held firm for fifth, with Rowland winding up sixth.

Elsewhere, there were no points for Mercedes EQ duo Nyck de Vries and Stoffel Vandoorne, who had begun the weekend at the summit of the standings.

The 2020/21 Formula E campaign will now take a six-week break before resuming in Mexico for the Puebla E-Prix double-header on 19/20 June.

"Winning a race in Formula E this year is very tricky. We all have a very good understanding and make each race more challenging for each other. Mitch lost a lot of time fighting with JEV and that helped me a lot. There were different factors that led me to the first step of the podium. It was a pleasure racing against Robin and Mitch - They raced super fairly. I put a lot of pressure on myself to win this race, we haven’t excelled this year and this weekend I worked a lot to get in the right mindset and come here and be successful."

"I am frustrated I didn’t get the extra three points from the Julius Baer Pole Position but I think I can be happy with this result. Today I felt strong and confident in the car and this showed in our performance. We all enjoyed ourselves today and it was a good race. In Season 5 I was in the same situation at this time in terms of points. I need to keep the momentum going and maximise our potential for the reminder of the season."

"I am really gutted but I've got myself into that position because I burnt energy during the race. I had track position, but Antonio was very strong. I knew he was going to overtake me so I was only trying to delay it as much as I could. This result hurts because it's Monaco and everyone wants to win here. It felt like a very good race in the car and I look forward watching the replay!" 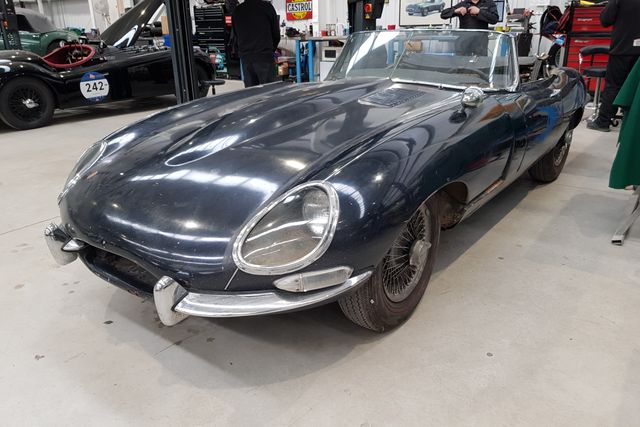