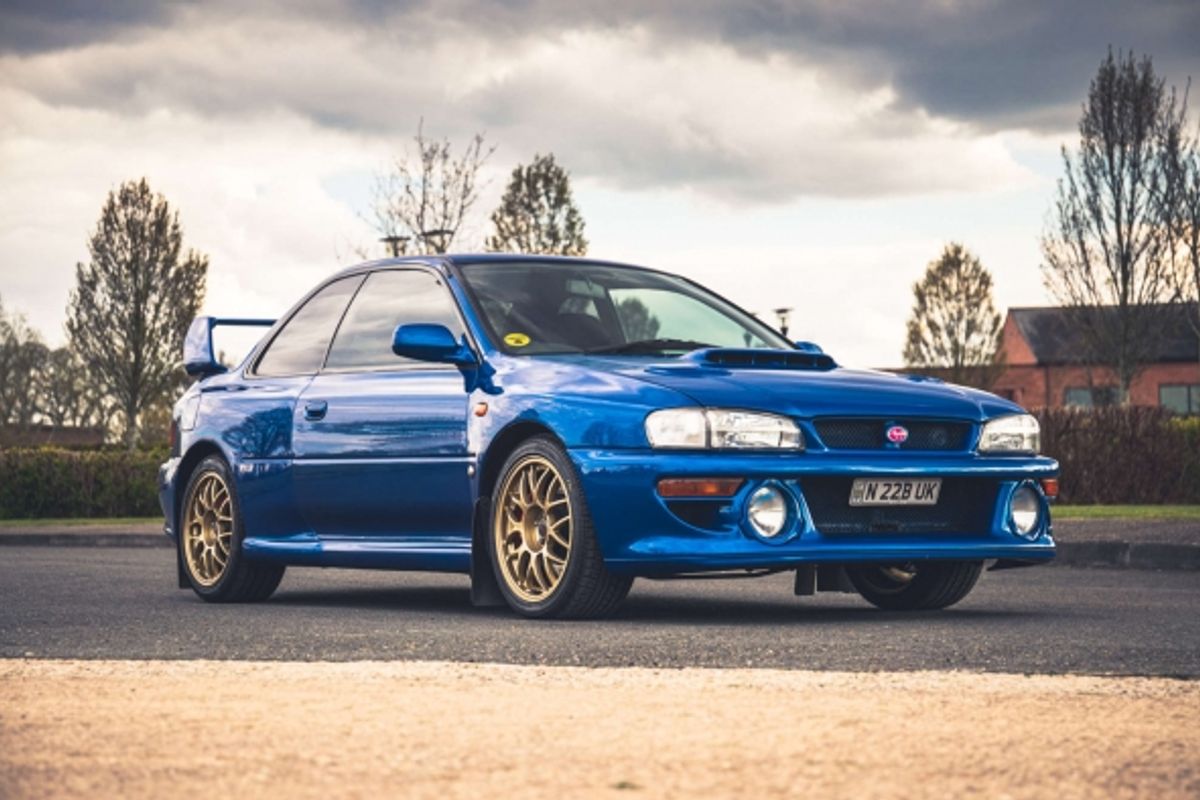 Going under the hammer in The May Sale next weekend is this 1999 Subaru 22B-STi Type UK. Silverstone Auctions are privileged to offer such a rare and special car, which is considered by many as the ‘ultimate Subaru’ for the road. This is 1 of 16 ‘Subaru UK’ officially imported examples with just 10 or so still remaining. This specific car is well-regarded within the Subaru circles, appearing in various different magazines. With just two previous owners and having been with their owner for the last 18 years and covering 49,000 miles. Guided price at: £120,000 - £140,000.

Another excellent car confirmed is the 1961 Morris Mini Cooper (997). It has been confirmed as the 3rd oldest known survivor. This immaculately fully restored, matching number Morris Mini Cooper will celebrate its 60th Birthday in September. With very limited mileage since restoration, this sparkling little Mini has been featured in an article in ‘Miniworld’ 10 years ago. The car has been sensibly guided at £20,000 - £25,000.

Gary Dunne Sales Controller for Silverstone Auctions added “We are so excited to safely be welcoming back bidders into our auction hall for the first time in over a year for our sale next weekend! There are some excellent examples confirmed which are previewed here with many more on our website.”

Superbly presented in virtually unmarked black paint with black leather seats and beautifully prepared for sale by a multi-award-winner detailer is a 1985 Porsche 911 (930) Turbo. This original Turbo has just two owners and less than 22,000 miles from new! This car is offered from 35 years private ownership, correctly dry stored and maintained. Turbos this good rarely come into the market and Silverstone Auctions are guiding this car at £100,000 - £120,000.

Confirmed for The May Sale is a 1991 Ford Sierra RS Cosworth 4x4. This is a remarkable example showing 13,865 miles covered by just one registered keeper from new. This is one of the finest examples that Silverstone Auctions have seen and finished in a beautiful Magenta with a Raven interior and black leather Recaro seats. This is a rare opportunity to own a very special car in an unmolested condition with a history file including invoices, historical Ford main dealer documents and a spare key. Guided price at: £60,000 - £70,000.

This will be the first Silverstone Auctions sale where bidders can attend in person for over a year, alternatively, bidding will still be available online, by phone or via commission too.

To view the car in person, contact Silverstone Auctions on 01926 691141 where you can make an appointment from now – 21st May at Stoneleigh Park.