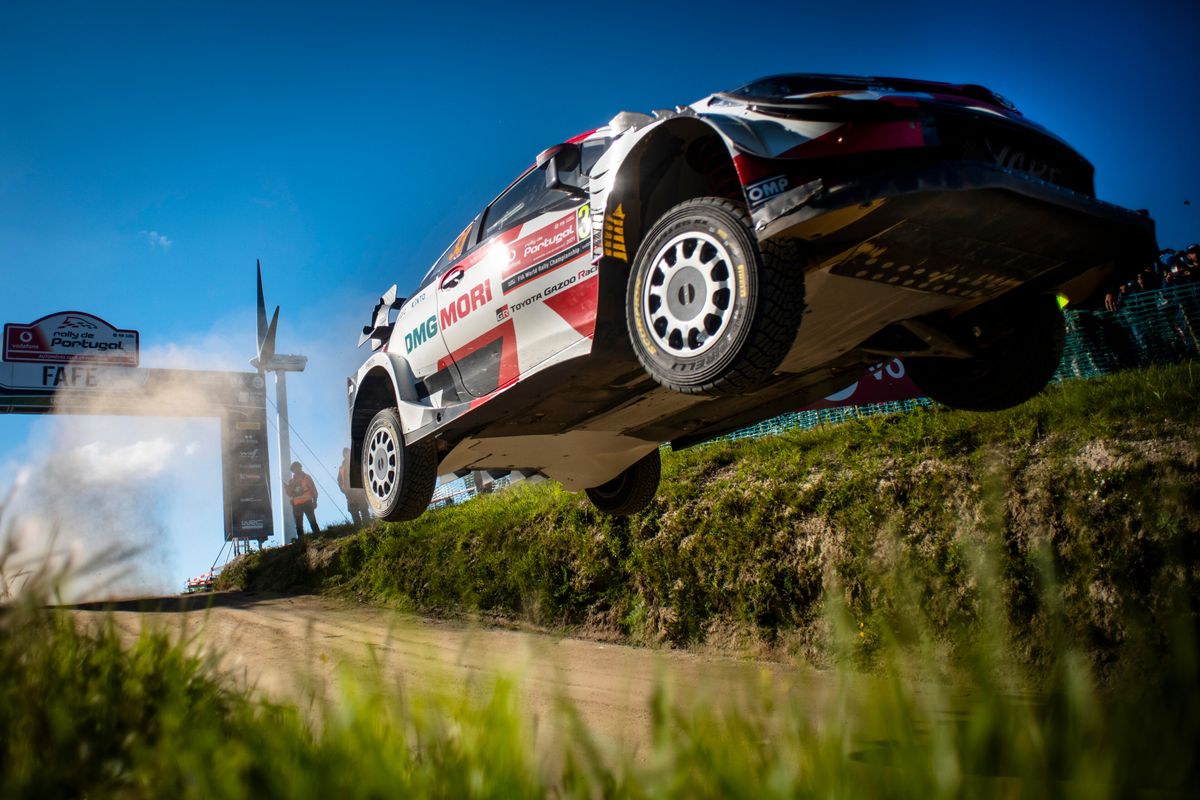 He put behind him the disappointment of defeat by fractions of a second at the previous round in Croatia to climb to second in the drivers' standings. He sits two points behind Toyota Gazoo Racing team-mate Sébastien Ogier.

Evans, driving a Yaris World Rally Car, grabbed top spot from Ott Tänak when the Estonian retired his Hyundai i20 on Saturday afternoon with smashed suspension.

He was in no mood to risk another setback to his title bid and charged through Sunday morning's opening speed test to double his overnight 10.7sec advantage over Dani Sordo. He eased through the remaining four stages to win by 28.3sec.

"We weren't maybe the fastest crew this weekend but still we had really good pace, kept out of trouble and did enough to keep Dani behind today," said a jubilant Evans. "This comes at a really good time for our championship challenge as we move into some tough gravel rallies."

Sordo led the three-day gravel fixture for much of Friday's opening leg in his i20 until he stalled his engine and dropped behind Tänak. But on a rally in which managing the use of Pirelli's hard and soft compound tyres was crucial, he was frequently uncomfortable with his choices.

The Spaniard ate into Evans' lead in Saturday evening's closing test, but had no answer to the Welshman's Sunday morning riposte.

Ogier started the Matosinhos-based event, round four of 12, at the top of the championship. First in the running order on sandy roads that favoured cars starting later in cleaner and more grippy conditions was a major hurdle for the Frenchman.

Shrewd tyre selection and problems for those ahead allowed Ogier to steadily climb the order and finish third, almost a minute behind Sordo. Toyota's double podium extended its manufacturers' championship lead to 37 points.

Takamoto Katsuta scored a career-best fourth place in a third Yaris. The Japanese driver traded places with Ogier during Saturday's gruelling leg in the Cabreira Mountains, before measuring his pace through Sunday's five-stage finale.

Tänak was joined on the retirement list by Thierry Neuville, who tipped his i20 on its side and broke the rear suspension. Both restarted and gained some consolation by taking first and second-placed bonus points on the iconic Fafe Wolf Power Stage.

Drivers face a quick turnaround before round five on the gravel roads of the Mediterranean island of Sardinia. Rally Italia Sardegna is based in Olbia on June 3-6.