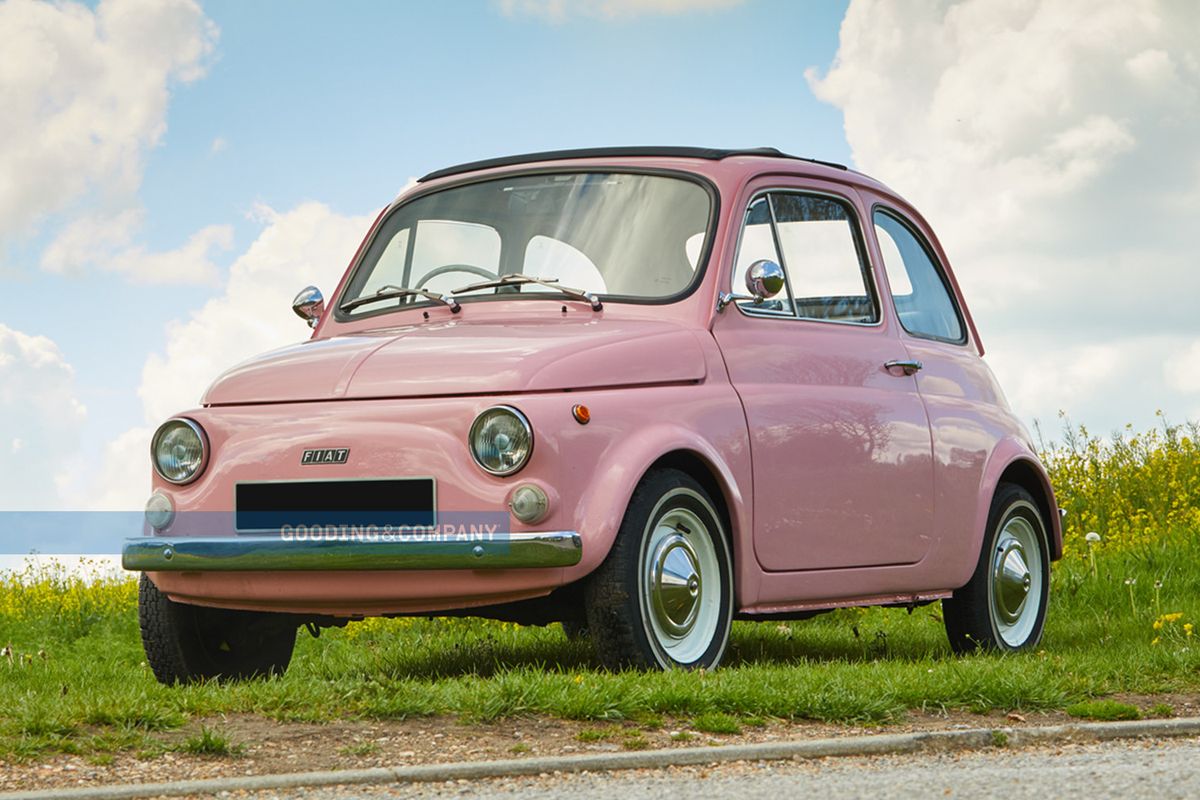 The Fiat 500 needs little introduction to motoring enthusiasts, but its significance as the follow-up to the 500 Topolino, which rescued the company after WWII, is perhaps less familiar. As Italy’s economy recovered, the Nuova 500, as it was called upon its 1957 introduction, was popular among young people in the country’s crowded city centers. Its designer, Dante Giacosa, received the Compasso d’Oro industrial design prize for the 500, the first time it was awarded to the automotive industry. Produced in various forms until 1975, the 500 has remained a mainstay in Italian culture for six decades.

This incredible Fiat 500 was discovered by the consignor in an Italian garage where his Bentley was being repaired after experiencing an electrical failure. Upon inquiry, he was told the Fiat had been in the family for ages and was not for sale, but several apertivos later, a transaction took place and the car was shipped to the consignor in London.

A lavish restoration commenced that exceeded the scope of work usually afforded to a 500. The consignor’s goal was to produce a perfect example, regardless of cost, as a gift for his wife. Multiple Fiat specialists contributed, but the majority of the work, including the conversion to right-hand drive, was completed by Frank Dale & Stepsons, one of the UK’s foremost Bentley specialists. Invoices exceeding £50,000 capably demonstrate the comprehensive effort.

Finished in the same shade of coral as his wife’s prized AGA range, the Fiat was carried into their kitchen by four large men in a theatrical presentation. In the ensuing years the 500 has been used in Tuscany, Rome, and London and carefully serviced. It now stands ready to capably serve its lucky new owner.

*Please note that this lot is currently located in the UK. A new DVLA-issued V5C is being processed and should be available shortly following the auction. For further information, please contact concierge@goodingco.com. Please note that the Seller of this Lot is a private individual.

Gooding & Company is pleased to present Geared Online | June 2021, a curated online only auction with viewing in the UK.