2003 Rover CityRover the most modern car to appear on the list
1935 Singer Nine the oldest
Jaguar XJ-C and XJ-S both make the list, despite being highly sought-after classic cars today
1949 Series I Land Rover Station Wagon was the luxury off-roader you never knew existed
1967 MGC demonstrates how 8-cylinders are better than 6 in a small British sportscar
Morris Marina sells over 1million units, and lives on for 13-years, despite inherent flaws

Hagerty loves British cars, but some have suffered from curious national characteristics that have sealed-in actual flaws to be their undoing.

Some of this is the fault of the Treasury. In 1910 it asked the RAC for a way to tax cars on a sliding scale, and the motoring organisation came up with a system based on cylinder dimensions. To build cars that were cheap for owners to tax, British manufacturers opted for narrow bore and long stroke small-capacity engines which sometimes made Britain’s own popular models gutless and prone to premature wear.

Besides the fiscal structure, British carmakers were frequently underfinanced, leading to cut-price thinking, and lazy development.

The 13 cars chosen by Hagerty suffer from some of these legacies, and sometimes also a failure to fit into a suddenly changed future. None are terrible, but all their flaws were probably avoidable.

Singer Nine Le Mans Replica, 1935
Singers were some of the most popular small cars of the early 1930s and the Coventry company was keen to take on MG and Riley in motor sport. It took four specially built sports versions of its best-selling 9hp model to have a crack at the 1935 Tourist Trophy race in Northern Ireland. Three of them crashed at the exact same corner because of a design fault in the cars’ steering linkage. The drivers, thankfully, stepped uninjured from the massed wreckage, but the reputational effect on sales was catastrophic.

Morris Minor MM, 1948
The first true masterpiece from the agile mind of Alec Issigonis should have come with an all-new flat-four ‘boxer’ engine with eager performance to match its excellent roadholding, ride comfort and balance. However, the accountants intervened, and the engine was axed. In its place went a 918cc sidevalve motor wheezing its way from the 1930s, and the Minor was rendered so under-powered it could barely manage the steep hills of San Francisco. This crushed the Minor’s US export prospects and its main competitor, the VW Beetle, sold 31,000 cars and the British competitor just 700.

Land-Rover Series I Station Wagon, 1949
Land Rover created a luxurious off-roader with the Series I Station Wagon, complete with leather-lined passenger compartment coachbuilt by Tickford. The problem was the price. Unlike the standard Land Rover, which was a commercial vehicle, this one came with punishing levels of Car Tax that made it too expensive for most people. Only 50 were sold in the UK. When Land Rover had another go at station wagons in 1954 it created a basic car that was much more affordable.

Daimler DK400, 1954
In 1953 Daimler axed its imposing straight-eight models and replaced them with the DK400. This was merely an elongated version of the Daimler Regency, with its rear track extended to make three-abreast seating possible. Matters came to a head when Daimler delivered two DK400s to the Royal family after many months of delays, most of them caused by the DK400’s feeble performance as it struggled to haul around a couple of tons of mobile throne-room. They were severely underwhelming cars, and Daimler’s Royal warrant was not renewed as a result.

Vauxhall Victor F-type, 1957
General Motors in Detroit decided to shake up Vauxhall by creating a new compact saloon that it might be able to sell across the USA and Canada, as well as the UK, as demand for compact models increased. To do this, they insisted on the trendy design theme of the 1955 Chevrolet Bel Air as a starting point, with a tight schedule to get the car into production in 1957. The production engineers in Luton were overwhelmed with the task and while there was nothing too amiss with the 1.5-litre four-cylinder engine, the flashy body had issues aplenty, which resulted in it becoming one of the most notoriously rust-prone British cars ever. Its brief status as “Britain’s most exported car” ended abruptly when Pontiac and Oldsmobile dealers refused to take any more.

Jaguar 3.4-litre ‘Mk 1’, 1957
Jaguar pioneered the compact sports saloon in 1955 with its sleek and modern 2.4-litre. It was also the company’s first unit-construction model, and the engineers left nothing to chance in making sure the chassis-less structure wouldn’t twist or buckle. It was so robust that the car’s performance was somewhat sluggish, the solution was to install a 3.4-litre engine not much different to that in the Le Mans-winning D-type. This utterly transformed the car and not always for the best: acceleration and top speed were now utterly thrilling but the drum brakes and suspension set-up of the time simply could not cope, and it could be a lethal car on wet roads. Disc brakes and then an overhaul to Mk 2 status solved things.

MGC, 1967
The MGC was hamstrung from the start for want of a decent motor. BMC installed the 2.9-litre straight-six from the Austin 3-litre, which meant a redesign of the engine bay, a new torsion-bar suspension system, and a bulge the bonnet in two places to fit it. After all that, the engine upset the sweet handling of the MGB, giving untidy understeer in corners. The all-iron engine weighed 209lb more than the standard B’s four-cylinder power unit, yet when they later installed the Rover V8 engine, not only did it fit like a dream, but it weighed 40lb less!

Morris Marina, 1971
In truth, the often-maligned Marina was broadly OK, but it was designed both in a hurry and on a slender budget, built in haste to provide something to compete with the market-leading Ford Escort and Cortina. Biggest corner-cut of all was the torsion bar front suspension from the Morris Minor – the car it was meant to replace – which made it understeer and bounce around on rough roads. This was soon fixed with some tweaks and the Marina’s biggest flaw then simply became its overall mediocrity. The public, though, didn’t seem overly bothered and BL sold over a million of them. It was still on sale 13 years later, as the Ital.

Jensen-Healey, 1972
After BMC had failed to replace the much-loved ‘Big Healey’ now it was the legendary Donald Healey’s turn to try. It was a valiant attempt. Healey aimed for a trade-off between handling and ride comfort, and used the Lotus twin-cam, four-cylinder engine. Sadly, this engine was too temperamental for a mass-made car, suffering oil leaks and sometimes refusing to start. Dealers also had to tackle complaints of rapidly spreading rust. It was too much for a small car company to cope with, and Jensen went bust in 1976.

Jaguar XJC, 1973
The faster you drove the beautiful, two-door version of the XJ6 or XJ12 the louder the annoying whistling sound would become. Jaguar struggled to achieve air-tight sealing between the frameless side glass and the pillarless apertures which made the car so gorgeous when all the windows were lowered. The XJC is often stated as a personal favourite of company founder Sir Williams Lyons, yet making this version, painstakingly cut-and-shut from standard production saloons, was a tricky business; a vinyl roof was required to cover up the stitches from surgery. After just three years the car was dropped as simply more trouble than it was worth.

Jaguar XJ-S, 1975
It might have been disliked by E-type fanatics, but this impressive GT was intended to ambush the Lamborghini Espada and Ferrari 365 GT/4, not replace the famous two-seater. Its flaw? The dire fuel economy. This 18mpg V12 aerodynamic slingshot went on sale just as the worst fuel crisis in living memory hit, with inflation soaring just like the XJS’s rev-counter needle. On top of that, Jaguar’s owner British Leyland had just been discovered to be insolvent and subject to an emergency nationalization and there were more pressing things to fret over than the fate of the XJ-S.

Reliant Scimitar GTE, 1976
They’d thought of everything with the second-generation GTE. Longer, wider, roomier, lots more crushed velour inside, but still with those winning looks, excellent versatility, and ample, dependable urge from the 3-litre Ford V6. In a small car company, though, things can get overlooked, and in this case, someone didn’t pay enough attention to the way the fuel line fed into the V6’s carburettors. It would sometimes detach itself, spraying petrol over the hot exhaust manifold. An engine bay fire was then possible, and this plastic-bodied car could turn into a real tinderbox.

Rover CityRover, 2003
When BMW offloaded Rover in 2003, the business came without any development facilities and the Indian-built Tata Indica represented a chance to get a new Metro-sized car into Rover showrooms at almost no cost. Just a few alterations to the badges, suspension settings and gearchange were deemed necessary and as basic transport, the so-called CityRover was just about bearable. However, Rover decided to sell the supermini at a hefty premium above the fantastic new Fiat Panda, and the company didn’t have the money to either advertise or improve the car. Less than two years later the CityRover went down with the rest of MG Rover.

Hagerty is best known as a classic vehicle insurer, but with a 600,000-member strong Drivers Club, a magazine with 1.9m readers, more than 1m monthly unique users visiting its media site and 1.6m subscribers on YouTube, it is one of the world’s largest automotive lifestyle brands.

Text and image courtesy of Hagerty 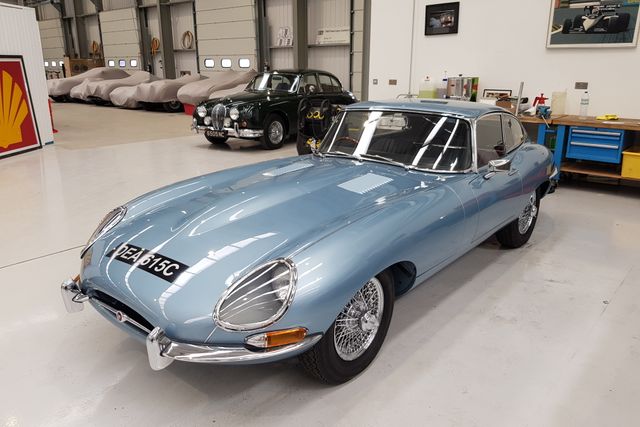