The Rallye Weiz in Austria has attracted 24 entries, where 18 EHRC crews will compete for points in Round 4 of the FIA European Historic Rally Championship from 10 different nations across Europe.  The event, which made its debut on the FIA EHRC calendar in 2019, is based in the Styrian city of Weiz and runs from Thursday 15 to Saturday 17 July.

AUDI, FORD, PORSCHE, RENAULT AND SKODA IN CATEGORY 4
There are seven EHRC entries in Category 4 from Austria, Czech Republic, Finland, Italy, and Spain.

After finishing 4th in class in Hungary, Daniel Alonso continues to lead the championship, with 52 points, in the Ford Sierra RS Cosworth 4x4. In Austria he will be joined for the third time this season by Candido Carrera, the Spanish co-driver currently second in the points standings behind Juergen Nolte after missing the opening rally in Italy.

While his co-driver leads the Category 4 standings, Austria’s Alfons Nothdurfter is lying in second place in the driver standings in the Ford Sierra Cosworth 4x4, 6 points behind leader Alonso and just 1 point ahead of Ville Silvasti in the Audi quattro A2, the Finn being joined once again by Risto Pietilainen.

Lucio Da Zanche has taken maximum points from the two events he has entered so far in the Porsche Carrera RS, the Italian currently on 40 points, with his co-driver from Sanremo, Daniele De Luis, joining him in Austria.

Spanish duo Carlos Sampayo Cao and Alejandro Cid Alvarez will take part in their 4th FIA EHRC event in the Renault 11 Turbo and they are currently lying in 5th place in the Category 4 standings on 31 Points
.

Italians Ermanno Sordi and Enrico Melli will be taking the start of the Rallye Weiz in the Team Bassano Porsche 911, while Czech duo Oldrich Kovarik and Marek Kapic will be making their 2021 FIA EHRC debut in the Skoda Favorit 136L.

AUDI, PORSCHE, VOLVO AND VW IN CATEGORY 3
The EHRC entry for Category 3 in Austria will consist of four cars, with the winners of the opening three rounds of the 2021 season, ‘Zippo’ and Denis Piceno, looking for another victory in their Audi quattro.  The Italians, who are currently on a maximum of 60 points from the first three events, have a 28 points advantage over their nearest rivals, reigning Category 3 champions Karl Wagner and Gerda Zauner, who will be competing at home in their distinctive yellow Porsche 911.

Germany’s Siegfried and Renate Mayr are currently lying in third overall on 26 points in the championship standings and they will make their fourth appearance of the EHRC season in the Volvo 244.   Austria’s Georg Reitsperger and his Croatian Co-driver Lana Sutlovic will once again be out on the stages in their VW Golf 1 16S, hoping that their luck will change after two retirements in the Czech Republic and in Hungary.

ALFA ROMEO, BMW, FORD, PORSCHE, OPEL AND VAZ IN CATEGORY 2
Category 2 has also received seven EHRC entries for the Rallye Weiz, with all of the main contenders for the title making the trip to Austria.

After finishing 2nd in Category 2 in their home event, Hungarian couple Laszlo and Edit Mekler are in joint first position in their Alfa Romeo GTAM 1750, along with the Porsche 911 of Paolo Pasutti and Giovanni Campeis, the Hungarian and Italian crews on 42 points each.

Class winners of the Vltava Historic Rally, Anders and Ingrid Johnsen, are currently 4th in the championship standings after retiring in Hungary with gearbox issues.  The Swedes will be looking to pull back the points lost on the Mecsek Rally in their Porsche 911 RSR.

After suffering an engine problem in Round 2 and suspension failure in Round 3, Britain’s Ernie and Karen Graham will be looking for a change of luck in Austria in the Ford Escort RS1800.

Round 1 class winners Maurizio Pagella and Roberto Brea will also be looking for better luck in Austria in their Porsche 911 Carrera RSR, the Italians crashing out of the Mecsek Rally on day 1.

Austrians Michael Putz and Elisabeth Trimmel will be making their second EHRC start of the 2021 season after finish 4thin class in Hungary in their BMW 2002Ti.  A second BMW 2002 will also be making the start with Italian’s Pietro Corredig and Sonia Borghese taking part in their first EHRC event of the season. 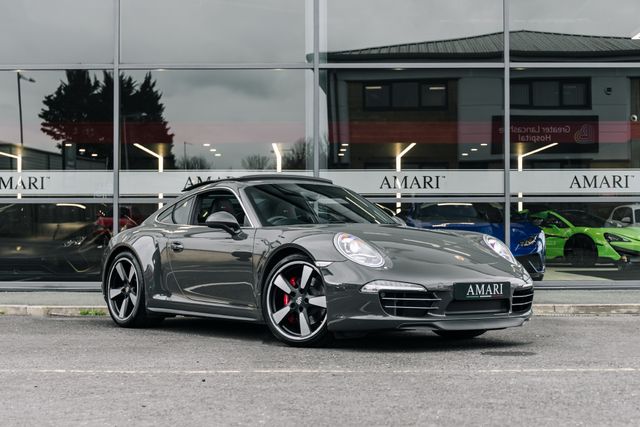